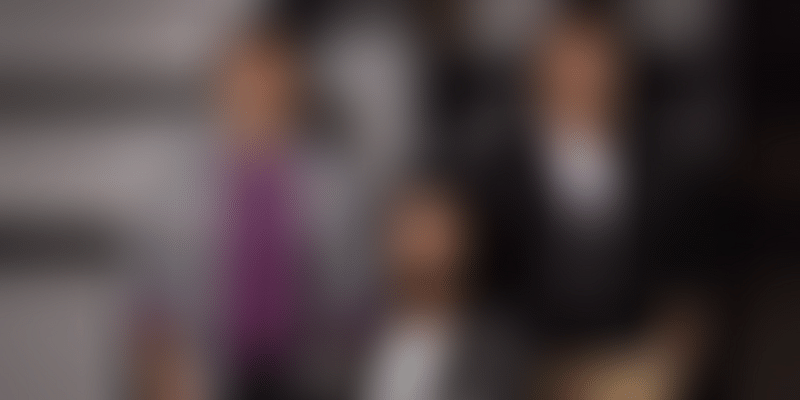 Unacademy has entered the unicorn club with the latest round of funding. It has been a massive jump for the edtech startup, which was earlier valued at $400 million in its last funding round in February this year

Unacademy, one of the leading edtech startups in the country, has entered the unicorn club with SoftBank leading a $150 million funding round, valuing the company at $1.45 billion.

This deal marks the first investment made by SoftBank this year as it had entered a transaction in December last year.

Besides SoftBank, existing investors of Unacademy including General Atlantic, Sequoia India, Nexus Venture Partners, Facebook, and Blume Ventures also participated in the round.

Unacademy Group has raised $150M in a round led by Softbank valuing us at $1.45B post the funding. Great to have them onboard as a partner in our journey.

Our existing investors General Atlantic, Sequoia India, Nexus, Facebook and Blume also participated in the round.

The last funding round into Unacademy was in February this year when it raised $110 million, which saw the entry of Facebook as one of the investors. The startup was valued at around $400 million then.

“Learning from the best experts to achieve a life goal has mostly been a privilege, available only to those living in the top few cities of the country. At Unacademy, we are breaking that barrier and helping people achieve their life's most important goals by giving them access to the best coaching from experts in the field,” said Gaurav Munjal, Co-founder and CEO, Unacademy.

With a network of over 18,000 teachers and subscribers in excess of 350,000, Unacademy said it plans to utilise the funds to launch new products and to hire fresh talent.

Commenting on the investment into Unacademy, Sumer Juneja, Partner for SoftBank Investment Advisers, said, “We have been closely tracking Unacademy for the last 18 months, and have been impressed by their growth, quality of product, and consumer engagement.”

The edtech segment has been one of the brighter spots for the Indian startup ecosystem as companies continue to attract investor attention. The others in this segment like BYJU’s and Vedantu are among the prominent startups which have raised funding this year.

Byju’s has raised funding from Bond Fund and DST Global, besides it acquired another edtech startup Whitehat Jr.

The COVID-19 environment has led to increased demand for services of these edtech companies.

For the first half of 2020, edtech was India’s second-most funded sector after fintech and financial services, according to YourStory Research. Over $714 million in funding was raised by edtech startups across 46 deals compared to just $158 million across 20 deals in H1 2019. The 4.5X growth over the year-ago period was a result of rising demand for e-learning and online education triggered by the pandemic-induced lockdowns.

In the month of May, Unacademy announced it had recorded a massive growth for the month of April 2020, breaking all its previous records – in terms of revenue, video views, watch time, etc.