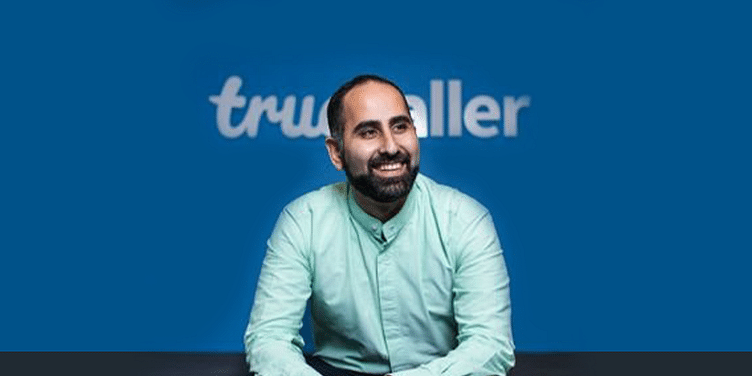 In this episode of Prime Venture Partners podcast, Nami Zarringhalam, Co-founder and Chairman of Truecaller, talks about starting the company, its virality, and monetising the app.

Founded in 2009 by Alan Mamedi and Nami Zarringhalam, phonebook and caller identification app Truecaller features services such as caller-identification, call-blocking, flash-messaging, and call-recording. Earlier this year, the company announced that it had hit more than 200 million monthly active users.

With offices in Nairobi, Gurugram, Bengaluru, and Mumbai, India continues to remain the largest market for Stockholm-headquartered Truecaller.

Nami was born in Tehran, Iran, and moved to Stockholm at the age of three. The three-time entrepreneur holds a Master’s in Computer Science from KTH Royal Institute of Technology. Prior to founding Truecaller, Nami had c0-founded Jobbigt.se, a network for employees, and Mobeljakt.se, a search engine for home décor.

Truecaller is the third company that Nami and his co-founder Alan founded together. Nami says that all the three companies that the duo founded had one thing in common – they were born out of personal pain points.

When both Nami and Alan moved out of their parents’ houses after college and got an apartment together, they were looking to buy furniture. While there were plenty of options available, most people would end up buying furniture from IKEA. This became the first problem statement.

The duo built a search engine that indexed all online and offline furniture stores (Mobeljakt.se), and allowed users to compare prices, among other things. While they worked on this as an evening project, Alan was working at a startup with what Nami describes as “very racist co-founders.”

And while Alan got back home and complained about the negative comments he received from his bosses, there was no way to fight them back.

“We were brought up as immigrants in Sweden...If your employer says something, just shut up and take it because you might have to leave the country any day,” Nami says.

This pushed the duo to build yet another platform to solve their problems. They built Jobbigt.se, where employees could review their employers. A couple of months later, the company got acquired and the little money that they received from selling the company was used to buy smartphones and a server.

They started receiving incessant spam calls and calls from unidentified numbers on the smartphones, and so they built Truecaller in 2009.

He explains that this was before the App Store. One had to download the CAD file for Windows Mobile, and then sideload it into the phone. Building Truecaller made them realise that it was a global problem.

“That’s when we decided to stop doing everything else and focus on Truecaller, because it seemed to be the project that was actually successful and needed by people outside Sweden as well,” he adds.

Truecaller is building a ‘mobile identity’ beyond smartphones. Here is how it makes money

Talking about finding interesting customer problems to solve, Nami says that earlier his approach was naive – “That we will keep building...and we will be open to experimenting a lot.”

His university, KTH Royal Institute, was the hub for budding entrepreneurs in Stockholm, with many successful stories such as Spotify and Lorna associated with it. However, Nami says, Alan and him were different.

“We were off the radar a lot. And I think while that helped us in keeping our heads down and building and doing a lot of cool stuff, it was negative from the perspective of being able to raise capital,” Nami explains.

He says that one of the biggest reasons why Truecaller was able to raise capital was because of the numbers. “We could basically go home and would still continue to add users without spending money on user acquisition,” he says.

Truecaller was growing organically. It did not face challenges in terms of numbers or customer retention.

The company had to work on building the virality or the ‘k factor’ of the app. After the first year or two passed, “Our ambitions grew tenfold,” Nami says.

Removing friction, caring about the obscure parts, creating efficiency, and making things work in a pre-emptive way is what gave Truecaller the vitality.

Like Facebook and Twitter, Truecaller recognised that it was going viral. Nami explains that every time the app returned a certain list of names accurately for 10 searches, its reviews would jump from one or two stars to four or five stars.

This led to the sudden popularity of Truecaller in Lebanon, in 2011. Even today, Lebanon continues to have the highest hit rate (97 percent) of the number of successful responses that Truecaller provides to a search. Next stands Jordan with the second-highest hit rate.

In around 2016, Truecaller fully entered India and the company built the product specifically for Indian users. Today, the company has 120 employees in India, compared to 100 in its headquarters, in Sweden.

Truecaller started monetising the app in 2013, right before Sequoia Capital invested in the company. “We started to do that because we could not raise money,” Nami says.

Truecaller monetised the app by generating revenue through advertisements and by charging a monthly subscription fee. Within four months of monetising, the company got close to breaking even. To further accelerate growth, it accepted external investments. Two years ago, Truecaller further diversified its revenue streams. Its subscription business has since grown tremendously.

Nami offered two pieces of advice to younger entrepreneurs who are looking to start up. He says:

“You can feel it almost in your heart when you’re working on something that you’re really passionate about. Just be true to that yourself about that part.”

And secondly, once one becomes successful, they should pay close attention to their relationships with investors and shareholders. “It makes you smarter,” Nami adds.