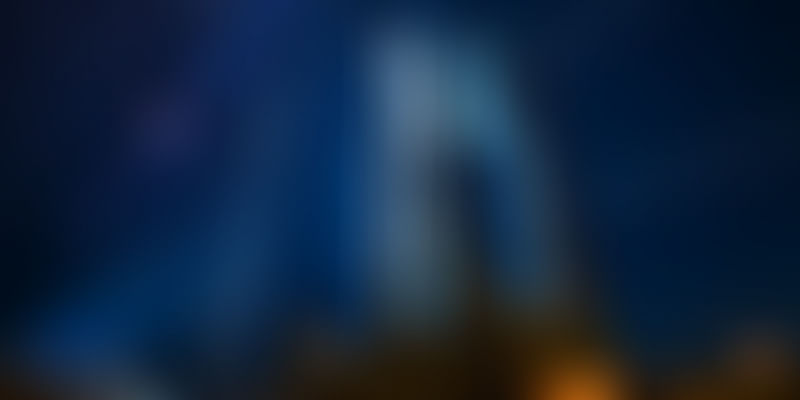 Speak of the Indian spacetech sector and only one thing comes to our mind - the Indian Space Research Organisation (ISRO) and its notable space missions such as Chandrayaan-1 (2008), Mars Orbiter Mission or Mangalyaan (2013), and Chandrayaan-2 (2019) among others.

Today, ISRO is one of the largest space agencies in the world and maintains a large fleet of communication, (INSAT)/Geostationary Satellites (GSAT) remote sensing, navigation, and scientific satellites.

While the state-owned agency has been responsible for all space-related activities in the country, it has always encouraged partnership with private players, especially for the manufacturing of components.

According to a report titled “Preparing to scale new heights: Enhancing private participation in India’s commercial space sector” published in January 2020 by PwC, about 80 percent of the Polar Satellite Launch Vehicle (PSLV) production gets outsourced to private industries. Also, over 120 companies had contributed to the manufacturing of components during the Mars Orbiter Mission (MoM).

The report also added that the Indian space economy is valued at $7 billion, and forms 2 percent of the global space economy. The Indian space sector needs to grow at an approximate rate of 48 percent CAGR over the next five years in order to reach its target of $50 billion.

Realising the potential of future space technology, the government announced new reforms in the space sector to include the participation of private players in space related activities. In June, the Union Cabinet announced the formation of an autonomous nodal agency, Indian National Space Promotion and Authorisation Centre (IN-SPACe), an extension of ISRO, which is aimed at monitoring private players involved in space related activities.

Speaking at the International Space Conference on Ushering the New Era for Indian Space Sector, held from September 15-17, Dr K Sivan, ISRO Chairman and the Secretary at the Department of Space (DoS), said, “Domestic and international space requirements have increased multifold, and thus private sectors must come forward to contribute.”

Addressing the audience virtually, he said, ISRO will provide various opportunities to startups and MSMEs for developing products and services, and will also empower them to carry out their own space missions.

Apart from this, he also announced that DoS is now working on SEED (Space Enterprise Encouragement and Development) programme, which is aimed at supporting the startups and MSMEs in innovation, research, and product development, and will also help them solve any problems which they may encounter during solution development.

Dr Sivan also added that several new policies and legislations are being framed to encourage private sector participation and make the business environment easier for the private players. He said new policies such as launch vehicle policy and space exploration policy will be added.

"We need to do some of the activities to ensure there is no hardship. So, a comprehensive space act is required and different policies should be in place, and they are in the pipeline with the opening of the space sector,” he said.

He also revealed that the existing space policies on SATCOM and remote sensing data are being amended for “greater inclusivity and transparency”.

R Umamaheshwaran, Scientific Secretary at ISRO, reiterated that the nodal agency IN-SPACe, a vertical under the Department of Space, will operate independently and will be responsible for monitoring, promotion, and handholding of the private players.

It will also be responsible for coming up with an ‘Integrated Launch Manifest’, which will set boundaries between the private players, ISRO, and New Space India Limited (NSIL), the commercial arm of ISRO.

The scientific secretary also said the NSIL’s responsibilities have been updated and will now have access to ISRO’s operational satellites, rockets and applications, and R&D, which can be shared with private players for building their own solutions.

Speaking at the conference, David Ziegler, Vice President, Worldwide Aerospace & Defense at Dassault Systèmes, said, the Indian government and ISRO are on their way to set “Space Industry Renaissance”. He added that the “convergence of academia, research, and industry” will accelerate technological development and digitisation.

“However, ISRO will need to ensure the private sector is connected at international level to succeed. It also needs to build talent and introduce digital skills within academia to make them relevant and future ready,” David added.

“Funding must come from the private sector as the government needs to focus on creating an environment conducive to the growth of the space sector through reforms and policies,” he said.

“One business cannot satisfy all requirements, thus we need to create an ecosystem of businesses who can work together to meet all the needs. We need to create innovations parallelly and converge them to create the solution to meet the space need. Inclusion of the private sector will play a huge role in improving our ranking in the space sector globally,” Kris added.

Several startups such as Pixxel, Bellatrix Aerospace, TeamIndus, Dhruva Space, and Astrome among others have been working in this space. With the opening up of the space sector, upcoming businesses and startups in the sector will also need capital infusion in order to sustain their business.

Investing in space-based solutions, however, requires patience as the development of spacetech solutions takes time.

Some notable investors such as Blume Ventures, Inflexor Ventures, and StartupXSeed among others have invested in spacetech startups. For instance, Bengaluru-based Pixxel, which is developing microsatellites, raised $5 million ( around Rs 36.8 crore) in its seed funding round from Blume, growX and Lightspeed in August this year.

Also, earlier in March, Chennai-based Agnikul, involved in building launch vehicles, raised Rs 23.4 crore in a round led by pi Ventures. In May, Pune-based Vesta Space Technology raised $10 million (about Rs 75.8 crore) in funding from US-based Next Capital.

Apparao Mallavarapu, Chairman and Managing Director, Centum Electronics Limited, explained that till date ISRO has led all space related activities. But with new reforms in place, it will allow the private sector to take up a major part in the spacetech ecosystem and this will relieve ISRO to focus more on scientific research and activities with regard to national interest.

He emphasised the reforms will open up new business opportunities, and will provide a chance for private companies to seize the opportunity and expand the market. He explained that business models need to evolve from a supply-based to demand-based approach.

However, Apparao added that the Indian government and ISRO will need to come up with a regulatory mechanism to ensure the new reforms can be implemented smoothly. They also predict gaps, which can happen in the public-private partnership, and provide solutions for solving it. Apart from this, there is also the need to upskill people to have the manpower to work in the industry.

Speaking along the same lines, Prof. V Balakista Reddy, Registrar, NALSAR University of Law said: “India needs to have a space law and proper legal framework in order to commercialise and sustain the space business.”

The inclusion of private players in the Indian space sector is not only aimed at commercialising space business, but also realising the complete potential of the country’s talent in the sector and further improving its ranking in the global spacetech economy.