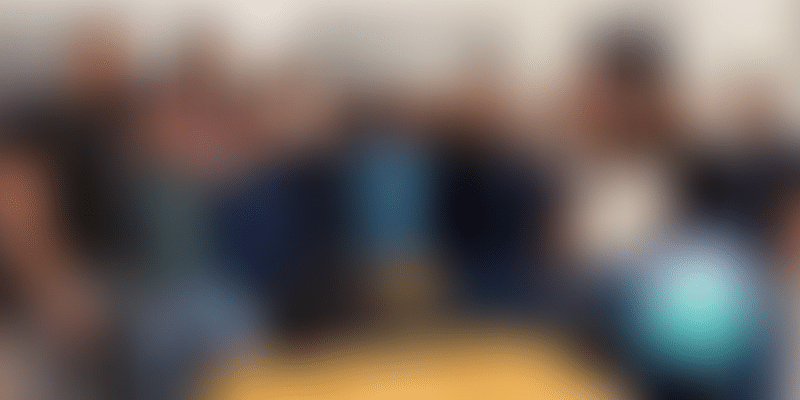 A product roadmap clarifies the why, what, and how behind what a tech startup is building. This week, we feature Israeli log analytics startup Coralogix, which enables users to reach faster time to market and accelerate version delivery without compromising on quality or stability.

In 2013, Ariel Assaraf, Guy Kroupp, Yoni Farin, and Lior Redlus started Coralogix in Israel and San Francisco as an “anomaly detection platform to run on top of existing logging solutions”.

Over time, they learnt that they needed to take control over the entire process - from collection and parsing to visualising and alerting - to provide customers with an end-to-end experience.

“We then rebuilt a platform that incorporated the most popular algorithms we developed and added our 'tags’ concept to provide automatic version benchmarks,” says Ariel, the CEO of Coralogix.

How did Coralogix get to this point?

“We constantly improved the product in fast intervals, but the market reaction and the fact that we didn’t get any significant traction in the first 2.5 years made us understand that we need to break and rebuild. We went back to the drawing board and rebuilt the entire product from scratch for over a year,” Ariel says.

He adds that the initial product was very confusing in terms of translating the feedback received into action.

“We got leads and interest from many companies, all of which had the same problem: unmanageable log data. The problem was that companies were not willing to give up the capabilities they were given by the first generation of log analytics platforms and did not want to pay for two separate platforms,” Ariel says.

One of their Eureka moments was when they received the results of a survey they initiated with research firm IDC. This revealed that the biggest concern of the 200 participating CIOs was the cost of logs and observability. This was in late 2015/ early 2016.

“This caught our attention. We were working on so many algorithms and capabilities that we didn’t see pricing as an area to focus on. This is when we decided to build our TCO optimiser, a programme that provides an intuitive interface for tuning and optimising the internet connection, and introduce our noble cost model for logs (to manage price based on usage),” Ariel says.

The Coralogix team continued to be fanatical about customer support, and, in mid-2015, added an in-app chat with under two minutes response time.

This allowed the team to create close contact with their customers; quick execution gave customers the confidence to reach out with any feedback they had. This also enabled the team to accelerate the customer development process and be faster to pivot, when needed.

“Coralogix was mostly built in-house. Coralogix engineering comprises a team of good friends: my roommate, my peer from Verint, people who reported to him, and other friends along the way. This is how we built our core team and created our ‘engineers for engineers culture’,” Ariel says.

In the beginning, the team of core founders created a script that went through all public github repositories and brought emails of developers who contributed to technologies related to Coralogix (such as Log4J, Logstash etc).

“This allowed us to reach them and get initial traction. Since this was pre-GDPR and privacy laws days, it was easier,” Ariel says.

The Coralogix team rebuilt the product twice. “The first time was at the end of 2016, when we rebuilt the platform. The second time was at the beginning of 2019 when we moved to AWS and moved our entire infrastructure to k8s. We keep technical debt, version updates, and services rewrites as a percentage of any sprint to make sure we are in good shape,” Ariel says.

The team built the stack on data streaming processes, Kafka and Kafka streams. They were also a part of the first partners of the Open Distro for Elasticsearch by AWS.

In August 2020, Coralogix announced a strategic expansion into India to provide its customers with its first local AWS regional server support and data storage capabilities.

Coralogix is also rolling out an onsite team to provide comprehensive sales and customer success support to India-based companies.

“When new laws are enacted, we anticipate a profound sense of urgency for companies who fall under domestic compliance rules to store their data locally and avoid being penalised for non-compliance,” Ariel explains.

Cloud and Software-as-a-Service (SaaS) technology companies that collect user data will be most notably affected by these new laws and stand to benefit from the expansion announcement. The team worked closely with their counterparts at Amazon when launching the expansion.

The company is set to invest $30 million in India to help Indian companies expand and grow. The platform will help towards localising data, which will help customers meet compliance requirements for India’s new data privacy laws and dramatically improve service performance.