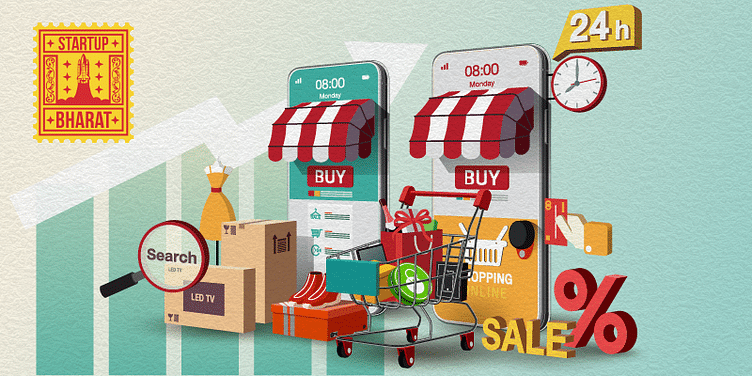 COVID-19 has changed consumption patterns, bringing more people from Tier II and III cities online. Two separate reports say the number of shoppers from Bharat will be more than their counterparts in the metros during this year’s online festive sales.

COVID-19 has made online the new normal – for shopping, learning, communication, and even medical consults. And as internet penetration across India improves, ecommerce companies are seeing a new consumer emerge: the shopper from Tier II and III India and beyond.

Two reports, one by ﻿RedSeer Consulting﻿ and the second by Unicommerce, suggest that shoppers from these cities, towns, and regions will be the top contributors to online sales during this year’s festive sales.

The RedSeer report states that starting with a smartphone-fuelled triple digit annual growth in 2014, the e-tail market stabilised at over 30 percent CAGR in the last few years of the decade.

Mrigank Gutgutia, Director, RedSeer, says, “COVID-19 has changed consumption patterns. Many first-time users in Tier II and III cities are coming online and becoming comfortable with shopping across all categories. Festive seasons until now have seen several consumers from Tier II and III India, but this time the stickiness of these consumers will be stronger.”

A Unicommerce report agreed with this outlook, stating that “overall the demand is slowly shifting”. The report added : "Currently, Tier II and beyond cities contribute around two-third of the total online consumer demand in India and this share is expected to rise in the coming years. The aspirational young Indian consumer in these cities is driving growth for the sector. Tier III and beyond cities witnessed 53 percent growth, making it the fastest-growing region."

The growth in online consumption in Bharat is seen more during ‘festive’ sales. RedSeer said shoppers grew by approximately 1.4 times during the 2019 festive sales as compared to 2018, primarily driven by Tier II cities.

The report said: “In this coming year, we expect that festive sales will remain equally important. However, we believe it will be a ‘festival of firsts’ from different perspectives.”

What will these firsts be?

A shift in consumption

The festive seasons are likely to see a spike across different kinds of categories in Tier II and III cities, not just fashion and electronics.

“We believe there will even be purchases in categories like furniture, which were unheard of previously. Consumers are now comfortable shopping online, and they will take the advantage of discounts and cashbacks during the festive season, ” Mrigank says.

COVID-19 has accelerated Bharat’s move online. Other factors have also contributed to this shift.

“There is a push of Indian languages, video pushes, and ways in which delivery firms are working with brands to ensure that orders reach on time. This has made ecommerce easy to adopt,” an analyst says.

Mrigank believes much of the shift may also be due to reverse migration - many young, working Indians have moved from metros cities to hometowns, and are working from there.

“They are used to the convenience of shopping online. They know the advantages, and have now introduced this behaviour to their families and peers. COVID-19 is here to stay, and the change in behaviour is here to stay too,” he says.

The Unicommerce report says rural India is driving the digital revolution, with close to 45 percent growth in internet penetration since 2019 as compared with metro cities’ contribution of 11 percent.

Local language content and video are driving the internet boom in rural India, with a 2.5x rise in penetration in the last four years.

“Major ecommerce players like ﻿Snapdeal﻿ have developed a strong foothold in these cities. The two big players, Amazon and ﻿Flipkart﻿, are also focusing on targeting customers and sellers from Tier II and beyond. The ecommerce industry is also helping artisans and small retailers to get a platform where they can sell their products to consumers across the world," the Unicommerce report said.

Unique online shoppers annually in Tier II and beyond cities is expected to grow to 170 million by 2023. The share of unique shoppers from Tier II cities and beyond will be 1.6x of those in the Tier I cities.

“Most ecommerce companies have launched a website in Hindi and other regional languages to attract more consumers and retailers. During the festive season sale, most brands witness the maximum volume of orders from Tier II and III cities,” the Unicommerce report said.