Top 5 funding deals closed by Pune startups during the lockdown 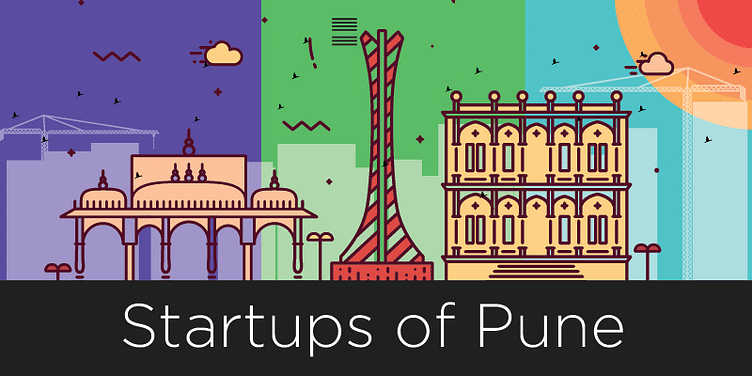 Pune is fast becoming the next major startup hub. The city received funding worth Rs 6,653 crore through 132 equity deals between 2014-2018.

Pune is known as the twelfth-fastest growing city in the parameters of socio-economic and real-estate after Bengaluru and Hyderabad according to the JLL ‘City Momentum Index’ 2020. According to YourStory Research, while Delhi-NCR and Bengaluru-based startups bagged the most funding deals in H1 2020, the share of Chennai and Pune had increased to nine percent share.

As per the Global Startup Ecosystem Report 2020, Pune has been ranked between 71-80 among the list of ‘100 emerging ecosystem rankings 2020.’ The city is home to startups operating in emerging sectors such as agritech, automotive technology, deep tech, software, and analytics. According to the Angel List 2020, Pune is a base for over 1,200 startups. The city has also received Rs 6,653 crore worth funding through 132 equity deals between 2014-2018.

Both the Centre and the state government is pushing for Pune to become the next startup hub. Initiatives like Pune Idea Factory Foundation (PIFF), set up by Pune Smart City Development Corporation, caters to the startups’ needs, brings together incubators, investors, and mentors who can help and provide guidance.

Here are the top funding deals led by Pune-based startups during the coronavirus-induced lockdown. (We have considered the deals which were closed after March 25, 2020)

In July 2020, gaming and entertainment startup ﻿JetSynthesys﻿ crossed 100 million users across 180 countries. It raised an equity round of Rs 300 crore led by Adar Poonawalla and Kris Gopalkrishnan. With this funding, the startup will strengthen its gaming and interest-based social community platforms. It aims to create success stories across various demographics, geographic, and socio-economic classes.

Founded in 2012 by Vice-Chairman, Managing Director, and CEO Rajan Navani, JetSynthesys operates in the online gaming segment and has a digital wellness offshoot as well. Rajan said that the company hopes to achieve a $1 billion valuation in the next two-to-three years.

In the future, the Pune-based startup is open to investments from people with a similar vision and who are willing to invest in the long term. The startup’s success with Nodwin Gaming, an esports venture co-founded by the company, has grown to achieve Rs 100 crore in revenue.

In May, the spacetech startup received $10 million in funding from a US-based investment and advisory firm Next Capital LLC. With this funding, ﻿Vestaspace Technology﻿ aims to expand its reach and innovative solutions, and will enable the company to scale up its operations and expand its global footprint. The startup estimates a 300 percent growth rate after the funding.

Founded by Arun Kumar Sureban in 2018, the Pune-based startup specialises in making small and nanosatellites for commercial and scientific applications. Vesta Space Technology has offices in Pune and Bengaluru, with a 50-member team which collaborates with several global agencies.

The startup has partnered with 12 ground stations around the globe and specialises in building CubeSats and nanosatellite technology.

The fintech startup announced the launch of its mobile-first credit card OneCard, for which one can apply online through their OneScore app, that helps consumers monitor their credit report and scores every month.

The app allows users to control the card. Users can enable offline and online transactions, international and domestic transactions, lock the card as well as pay their bills through the card.

Founded by Anurag Sinha, Rupesh Kumar, and Vibhav Hathi in 2019, the startup offers first-time credit card users a virtual, phone-based card which allows them to build a credit score and makes it easier to obtain a credit card directly from the bank. The total funding raised by the startup is $15 million, which will help it to scale its product and engineering teams, and also increase the OneCard user base.

In April, fitness startup FITTR raised $2 million in pre-Series A round from the Sequoia Capital India’s Surge programme. It was a part of the third cohort of the Surge programme which was announced earlier this year for early-stage startups in India and Southeast Asia. The startup will be using the funds to improve its technology, ramp up hiring, and to expand overseas.

Launched as a fitness community called SQUATS Fitness on Facebook, ﻿Fittr﻿ has grown to become one of the largest fitness and nutrition-based communities in the world.

The startup was founded by Jitendra Chouksey in 2016 and by 2018, it had launched its app which offers free access to diet and training modules. Last year, the startup acquired a minority stake in gym aggregator platform Fitato.

At present, it has earned a cumulative revenue of $13 million.

In May, Illumnus raised $100,000 in seed funding from a clutch of high net worth individuals (HNIs) and angel investors from Dubai.

The Pune-based edtech startup will use the funds to expand its services to four countries by the end of 2020. ﻿Illumnus﻿ focusses primarily on developing collaborative learning management systems. It provides a B2B SaaS-based C-LMS platform to enable better teacher-student collaboration through features such as video lectures, submission of assignments, attendance tracking, etc. It was founded in 2018 by Akash Deep Singhal, Akshaya Singhal, Devashish Saxena, and Gauri Dehnkar.

It also provides tools to school administration and parents for real-time monitoring and performance tracking of students, and has signed up with over 30 universities and schools so far.