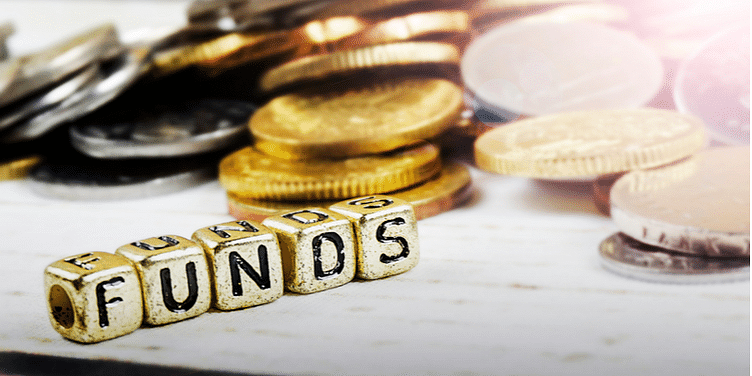 Despite the gloom and doom, here is a list of 10 startups that managed to thrive amidst the COVID-19 pandemic by raising funds.

The COVID-19 pandemic and the subsequent nationwide lockdown induced unprecedented changes in consumer behaviour. Apart from disrupting economic activity across sectors, the coronavirus has taught people to adapt to the new normal – a world with minimal physical contact.

The startup ecosystem has faced several challenges over the past few months, including cash liquidity and fundraising.

However, a few startups have managed to raise funds in such unprecedented times. City-wise, India’s Silicon Valley Bengaluru closed the maximum deals, followed by Delhi-NCR.

YourStory lists the top 10 deals closed during the pandemic by Bengaluru-based startups.

Earlier in the same month, it raised $12.56 million (or Rs 96.06 crore) from Chinese venture firm Legend Capital. According to filings with the Registrar of Companies (RoC), as accessed by YourStory, the funding was part of Vendantu's Series C round.

Later in July, it raised $100 million as part of its Series D round, taking the value of the company to $600 million.

Founded in 2012 by Aditi Avasthi, Embibe is an education platform that leverages data analytics to deliver personalised learning outcomes for students. While several learning platforms have emerged over the years, especially during the pandemic, Embibe’s focus has been on deep technology and product innovation.

A quick overview of online education market in India, with Embibe & SimpliLearn

Bengaluru-based utility solutions provider, ﻿KhataBook﻿, which helps micro, small, and medium-sized businesses track their transactions, closed a $60 million Series B round of funding in May, led by B Capital Group.

In March this year, international cricketer and former India captain Mahendra Singh Dhoni also raised an undisclosed amount of funding for the company.

Today, merchants across 5,000+ Indian cities use the KhataBook app. From kirana stores to mobile recharge shops, garment dealers, and jewellers, KhataBook serves over 500 types of businesses in India at present.

Started in 2015 by Nikhil Sikri, Akhil Sikri, and Sneha Choudhry, the company will use the fresh funds to strengthen its technology, lock in more inventory, and enhance its AI-driven operating platforms.

As of April 13, the startup raised a debt funding of Rs 379.87 crore ($50 million) from its existing investor and shareholder Alibaba Group.

In the same month, it raised an undisclosed amount of funding in a bridge round led by Alibaba, along with other existing investors.

Founded by Abhinay Choudhari, Hari Menon, Vipul Parekh, and VS Sudhakar, the startup said it had witnessed two-fold growth in traffic and revenue since the start of the coronavirus outbreak.

Bengaluru-based foodtech unicorn ﻿Swiggy﻿ raised $43 million in funding as a part of its ongoing Series I investment round in April.

Along with Tencent, the round saw participation from Ark Impact, Korea Investment Partners, Samsung Ventures, and Mirae Asset Capital Markets.

The Series I round was initiated in February this year, where the foodtech startup had raised $113 million led by Prosus NV (previously Naspers), along with Meituan Dianping and Wellington Management Company. This adds up to the round value of $156 million.

Earlier in May, Co-founder and Chief Technology Officer Rahul Jaimini resigned from the online delivery unicorn. Several sources believe Rahul will be joining the income-sharing edtech platform Pesto. Interestingly, Swiggy is an investor in the platform.

This is an extension of its Series D funding round of $50 million, which took place in October 2019. It was led by Tiger Global; General Atlantic also participated in that round.

Within a week of raising $23.5 million in its Series G funding round, Bengaluru-based news platform ﻿DailyHunt﻿ topped the same round with a fresh infusion of Rs 38.27 crore from Belgium-based Sofina Group.

This takes the total funding raised by Dailyhunt in its Series G round to $28.5 million (Rs 218 crore approximately).

Started as NewsHunt in 2009 by former Nokia employees Chandrashekhar Sohoni and Umesh Kulkarni, the startup has aggregated news for millions of Indians in eight years.

Since 2016, it has acquired four companies, beginning with OneIndia in July 2016. In June 2019, Dailyhunt acquired LocalPlay, a hyperlocal video and news content application, in a bid to boost its presence in Tier II and III geographies.

Ola Financial Services (OFS), which operates Ola Money, has raised about $27 million (Rs 205 crore approximately) in funding from Matrix Partners and others as part of its maiden institutional financing round, as per regulatory documents.

Gemini Investments LP, Arun Sarin's family office, and Alpha Wave Holdings also participated in the round, according to the documents.

The round was led by Sweden’s Vostok Emerging Finance (VEF), which invested $13 million, marking its first investment in the country. Post-investment, VEF will also get representation in Juspay’s board of directors.

Founded by Vimal Kumar and Ramanathan RV in 2012, Juspay has created a unifying layer of products and value-added services to improve conversion rates for merchants and other stakeholders in the payment value chain.