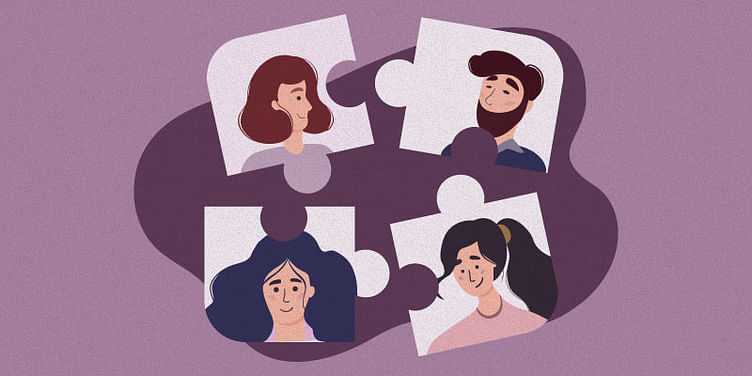 Why do employees remain silent? And how can employees’ silence result in more harm to an organisation, especially in a crisis?

The current job and economic crises are adding to this culture of ‘toxic’ silence, where employees may choose silence and not provide feedback to be ‘safe’.

But, founders and companies should be worried when their employees, especially the most passionate ones, become silent, writes Brigette Hyacinth, author of Leading the Workforce of the Future, a post on LinkedIn.

When employees don’t speak up or their feedback isn’t received well, companies and managers risk breeding resentment — not just towards the boss, but also the organisation. This can grow, affect passion and productivity, leading to bitterness and more angst, resulting in a toxic environment.

The cost of silence

‘Employee silence’ has been amplified in the pandemic when communication channels are already broken with social distancing, working from home, and everything being online, according to HBR.

But leaders must continue to cultivate their company’s culture to help people stay focused on what is important as they contend with “unprecedented challenges and continuously changing conditions presented by the pandemic”.

Sadly, this is not a new problem. In 2003, when HBR interviewed senior executives and employees across organisations of different sizes and shapes, it found that employees paid an extremely high psychological price for silence.

Resulting in “feelings of humiliation, pernicious anger, resentment,” this continued silence can “contaminate every interaction, shut down creativity, and undermine productivity”.

Individuals, stated the report, are frequently convinced that keeping quiet is the best way to preserve relationships and get work done. Deeply ingrained rules and behavioural etiquette teach us that silence means respect for others, maintaining social fabric and decorum, balance, and prudence.

As the famous saying goes, “Better to be quiet and thought a fool than to talk and be known as one.”

Fall in line, or else?

But silence also means fear of confrontation and of perceived dangers. An HBR report explains that social virtues of silence are interconnected and reinforced by survival instincts.

It cites a Dilbert cartoon that expresses how pointless — and perilous — people feel it is to speak out when a senior executive is seen making a poor decision. The idea is to not challenge “a decision that won’t change”, thus saving your career from “ruin”.

Brigette explains that history has shown us how this silence can actually cost a lot more than an individual’s job. Industry leaders Blackberry, Kodak, and Nokia have paid the price with leaders who refused to listen, operating in a bubble.

While each of us may have different mindsets, temperaments, experiences, opinions, values, beliefs, and ideas, we need to embrace this variety and address the difference. After all, sameness can be good but it can also be extremely boring.

The tendency to remain silent exists both in individual relationships and in groups, where we fear a loss of status or even expulsion if we differ from the rest, notes HBR.

“Most of us can remember from our adolescence how compelling the desire was to conform. Even as adults, many people in organisations are willing to go to enormous lengths to get along with members of their work groups—at least superficially. We do what we believe other group members want us to do. We say what we think other people want us to say,” it writes.

The courage to change

But, let’s not lose hope. The vicious loop of silence can be broken — not just by asking people to talk. That alone will never work.

Brigette writes, “I’ve heard managers complain that “my employees won't speak up.” Instead of labelling them as bad or disloyal employees, these same managers should maybe look in the mirror and ask how those people ended up that way.”

Behaviour will change only when context is created for people to value the expression of difference. The HBR report said -

“Managers with a lot of authority need to be especially careful not to punish people, explicitly or implicitly, for speaking out, particularly on issues that may be difficult for the organisation to deal with.”

Brigette adds, “You need to praise at least three times as much as you criticise to keep employees happy. Instead of being quick to criticise, be quick to point out some of the great things you see your employees doing. This will not only reinforce these positive actions but also encourage other employees to do the same.”

The time to take power

But if an organisation has been quiet for too long, it just isn’t up to the leaders to change that. Everyone has to learn to open up and speak. HBR recommends that we choose to speak and open up. Everyone has the power to express themselves and to encourage others to speak freely.

While passivity always feels safer, it only results in long-term harm.

HBR writes, “Our superiors certainly have formal power over us, but it’s also true that their performance depends on how well we are doing. Don’t forget: Your boss needs you, too. And knowing that should empower you to speak up and help him appreciate your point of view.”

So, even if we’re in a pandemic, with job cuts across the world, if you see room for improvement, maybe it is time to speak up, ask tough questions, and more.

While it may have negative connotations, it isn’t synonymous with dysfunctionality, writes HBR. There need to be creative ways of looking for new approaches.

It writes, “Acts of deviance can point to areas where organisations need to change and can result in fruitful alternatives. The chief thing to keep in mind here is that norms can have exceptions. By challenging a particular norm, we can play a role in changing it.”

Trends and transformations: a deep dive into the dynamics of India’s thriving media ecosystem