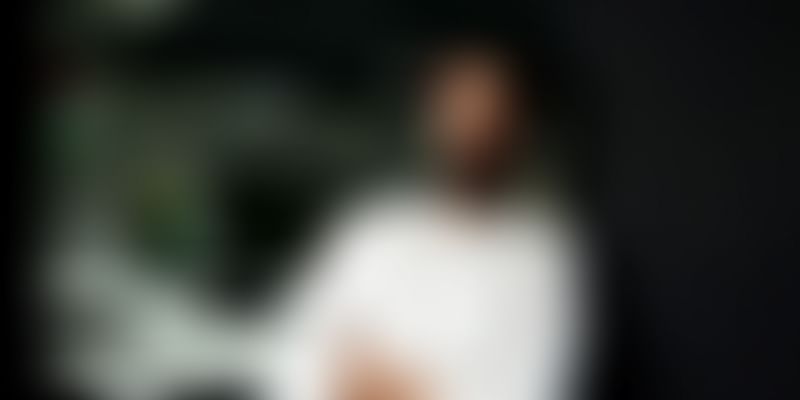 Only one-third of India’s 42 million small businesses have some sort of an online presence today. Bengaluru-based Instamojo is not just helping these companies come online, but also driving financial inclusion for them.

COVID-19 highlighted the importance of online commerce, especially during the lockdown months where physical stores were forced shut. Companies that had an online presence, a website or an e-store, were able to continue generating sales - albeit lesser than they used to - versus those that had only offline stores.

Clearly, having an online presence and enabling e-payments is a moat that the 40 million-plus small businesses in India need to get past.

Blume Venture-backed Instamojo, a startup that enables small businesses to build an online store, noticed a substantial increase in demand for an online presence from SMEs and MSMEs during the lockdown.

“The pandemic accelerated the pace of small businesses going digital. Over the last few months, a lot of businesses realised they should be going online. And because they had a little more time, and activity was slow, they started adopting and figuring out how to go online,” Akash Gehani, Co-founder of Instamojo, tells YourStory.

Instamojo says it saw a nearly 30 percent increase in the number of merchants signing up on its platform, daily, during the initial days of the lockdown – this was organically, without any expenditure.

Bengaluru-based Instamojo, which was founded in 2012, is a unique startup that sits at the cusp of those aspects - it empowers first-time entrepreneurs, small business owners, home-based startups, and MSMEs to go online by offering an end-to-end digital product that records sales orders and provides delivery services, among other things.

It also drives financial inclusion for 60 percent of India’s SMEs and MSMEs that neither have an online presence, nor accept online payments. The startup aims to bring more and more businesses into the fold of not just mainstream ecommerce, but also help them access fintech platforms to enable all forms of payments - including contactless, which is the consumers’ new, favourite method to pay - as well as get micro, on-demand, paperless loans.

“In the early days of Instamojo, a lot of businesses were saying, ‘Why should we collect payments online, I am happy with cash.’ Fast-forward three or four years later… everyone shops on Flipkart and ecommerce has grown. Online customers rose, then demonetisation happened, and Paytm became bigger. Businesses now are not the way they were; they want to collect payments online, and even if there is a fee, they are happy to pay,” Akash quips.

Instamojo claims to have over 1.2 million small businesses on its platform that sell their products via their own e-stores on the platform.

On the fintech side, it helps businesses collect payments via shareable links, buttons, and APIs, and offers over a 100 payment modes such as credit cards, UPI, and wallet payments, among others.

Instamojo actually started in 2012 with online payments collection. It helped merchants sign up on the platform, create a payment link, and share it with their customers over WhatsApp, email, or any other mode. The startup did not ask for an extensive website set up, or for them to download any special business tools.

Later, when it began offering online, customised stores and several sales management services, it saw that a lot of the merchants using its links-based payments system also started signing up for the web stores.

“We realised that Instamojo’s links were practically the first internet product that they were using. Before this, the only products they would have used would have been WhatsApp, Facebook, or Gmail,” Akash says.

“So then, we thought: this is a person who is using a tech product (like WhatsApp/Gmail) and wants to use it to conduct transactions through it. We realised that these small businesses need not be tech-savvy, but then that doesn’t mean that the business isn’t smart. Every business only needs an opportunity - so if you give them a powerful-enough tool and they know how to apply it for their business, they’ll use it more and more. That was the genesis of Instamojo,” Akash says.

Eventually, the startup launched Mojo Capital to further bolster the fintech services it offered its network. Mojo Capital helps businesses apply for online loans that don’t need extensive paperwork and get disbursed quicker than bank loans. It also allows merchants to choose their own repayment schedules, as per their convenience.

“Even when we started - back in 2010-11 - when we were just laying the groundwork for Instamojo, we realised that tomorrow, the internet is going to be big and every business will have to get on it. It doesn’t matter if your business is online or offline - you need a combination of both.”

The next product Instamojo is exploring as an addition to its existing stack is a one-click GST filing service, which it says sellers will find useful because the platform already records transactions.