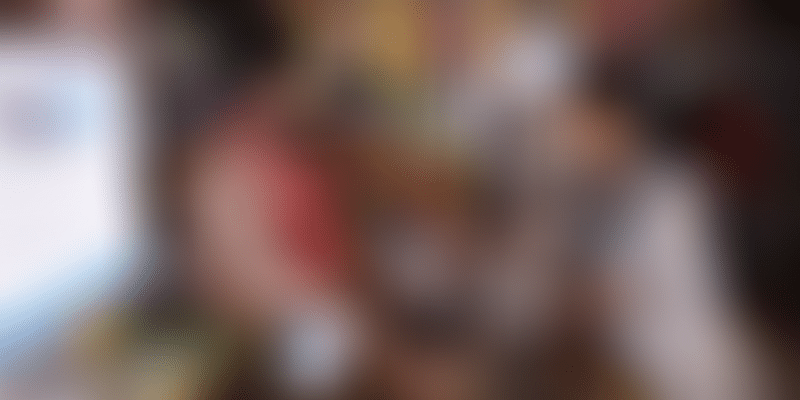 The fintech giant, which has become a prominent player in the small business payments solutions space, attributes its success to its Indian roots.

The COVID-19 pandemic has done for the Indian fintech ecosystem what even demonetisation couldn’t do. It has accelerated the pace of innovation by at least three years - and the industry is far from done, say experts.

Among the first of several innovations to come out of the ecosystem during the pandemic was contactless payments. It helped buyers and merchants safely conduct transactions without violating social distancing rules or touching contaminated surfaces.

In the wake of the ongoing crisis, Noida-based Paytm launched a pocket sized, all-in-one Android PoS device - a nimble gadget that resembles a smartphone, but is as good as a smart point-of-sale device.

The payments giant said it was an effort to enable more SMEs to digitise their businesses with contactless ordering and payment solutions. The device can be used by delivery personnel, kirana store merchants, and other small shopkeepers to accept digital payments, in any form, on-the-go.

CRED's Kunal Shah talks about the dark side of entrepreneurship only at TechSparks 2020, book your ticket now

Champion of SMEs and MSMEs

Costing up to 30 percent lower than existing solutions in the market, Paytm’s pocket PoS device costs Rs 499 per month, and comes with an inbuilt camera to scan QR codes.

The device has several “industry-first” features and services including cloud-based software for billing, payments, and customer management.

While the device can be used by most merchants who use PoS systems, SMEs and MSMEs were mostly the kinds of customers Paytm had in mind while it was designing the pocket PoS device. Kirana store merchants and essentials delivery partners have particularly found the device useful since it allows them to conduct transactions on-the-go.

“Paytm has been one of the most significant business enabler and champion of MSMEs and kirana stores in the country. We have a longstanding legacy of having a strong presence in small-town India as well as metropolitans,” Narendra Yadav, Vice President of Paytm tells YourStory.

For a more holistic suite of services that could help merchants generate GST compliant bills, manage transactions and settlements, avail financial services such as loans, insurance and digital bookkeeping, the fintech giant launched ‘Paytm Business khata’ - a free-to-use service within its business app.

Launched in January this year, the ‘Business Khata’ service recorded a four-fold growth in new merchants and total number of daily transactions during the early days of the lockdown.

The company says, over the years, nearly a million merchants have switched to the digital platform, and the app has over 20 million downloads on the Google Play Store and App Store.

What sets it apart

Even before the pandemic hit, contactless payments were already widely used. But when COVID-19 took a stronghold in India, more consumers started demanding contactless solutions for payments - and for merchants, this directly translated into increased manual bookkeeping and inventory management.

Consumers also wanted the flexibility to pay via UPI, netbanking, credit and debit cards, as well as avail EMIs, just as easily. Even merchants wanted the advantages and capabilities of PoS devices, but in a way that could be more travel-friendly, as well as contactless.

Paytm’s business payments offerings came sometime after WhatsApp launched its own standalone business app. The messaging app had become quite popular with small businesses and kirana store owners for business transactions and order-taking.

Even tech giant Google launched ‘Nearby Stores’ - a service that aimed at helping people discover stores near them that were selling essentials during the lockdown.

The two international tech companies have been looking to get deeper into India’s small business sector with their respective offerings, but Paytm still managed to capture a bigger piece of the small business payments pie owing to its deeper understanding of the market and the fact that it was born in India - thereby gauging local needs better.

“We are a homegrown company that has a longstanding relationship with merchants across the country. We know and understand the requirements of a small tuck shop owner to a large retailer, and innovate products accordingly,” Narendra says.

When the pandemic hit India, Paytm was among the first to launch contactless payments services. Pine Labs came out with its own solution called ePoS, an app-based offering for businesses and small vendors that can be used on any Android smartphone, without requiring any additional hardware.

The global contactless payments market, valued at $8.3 billion in 2019, is expected to double in size to $19.3 billion by 2026, at a CAGR of 12.8 percent, a Valuates research report said. Most of the growth is expected to be driven by COVID-19, but a big part of that growth will also come from a regulatory push from governments around to world to make online transactions, safer.