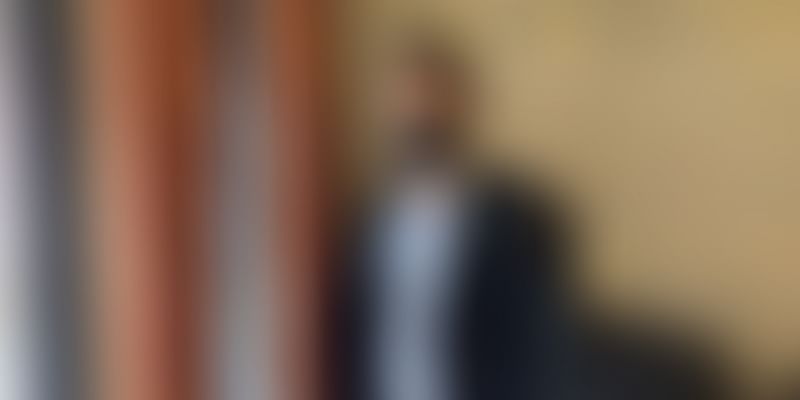 Mumbai-based online gaming startup OKIE Gaming is working in line with PM Narendra Modi’s appeal to create games inspired by Indian culture. It is launching games such as Dahi Handi and Vallam Kali in a digital format, and readying a Desi Sports League.

Move over online cricket, rummy and poker. There’s a new gaming app in town, and it wants to change how Indian gamers play.

The startup is in line with India’s aatmanirbhar plans. In August, Prime Minister Narendra Modi had said India should tap the huge potential in the digital gaming arena by developing games that are inspired from its culture and folk tales.

Okie Gaming aims to do just that, with at least 30 local games from different Indian states, including Vallam Kali (boat racing of Kerala) and Dahi Handi (Maharashtra) every month. It will allow users to play local games online with their friends, colleagues and family, and win real money or play without money.

“Our aim is to offer an immersive, culturally inspired, and never-seen-before gaming experience with the Desi Sports League, which will focus on popular regional sports with a new game set to launch every 30 days,” says Jitin Masand, 38, Founder and CEO of OKIE Ventures.

His idea is simple: to ride the booming gaming and esports industry wave by bringing India’s traditional games and sports online.

From manufacturing to gaming

Jitin began by his career by distributing mobile phones in 2006. In two years, he had realised that it was possible to manufacture electronic products with local support.

“We launched OKIE Ventures formally in 2011 to sell made in India smartphones, feature phones, and LED TVs,” he says. He adds that the core business will continue to grow as OKIE aims to be one of the biggest contract manufacturing houses in Maharashtra.

The decision to move from mobiles to gaming was made when the founder noticed that the sector was booming.

“We were already into smartphones, and aware of gaming apps and the scope of real money gaming,” he recalls. He adds that the company decided to take the leap with a unique concept and unusual format.

Jitin believes that India’s traditional games are all about experience, such as Ludo, which adds a modern touch to the royal game of Pachisi. “Our games are on the same lines, and the game play will help users connect with friends, families, and other gamers.”

OKIE remains a bootstrapped company, with about 80 team members.

According to Statista, an average gamer in India spends about 672 minutes a month on games, largely due to coronavirus-induced restrictions.

One of the top trends is Real Money Games (RMG), which let users earn cash in on a game. A recent KPMG report says RMG has been established as the best and most lucrative monetisation model for the gaming industry in the past 24 months. Market reports suggest the RMG industry is growing 55 percent year on year, which has led to high investor interest.

Despite the presence of RMG companies like , MPL Pro, Dream11, , RummyCircle, PokerBaazi, and others, Jitin is not worried about the competition. He expects to attract an active user base of two to three lakh every day by helping Indian gamers “rediscover traditions with fun and play”.

As of now, the company offers RMG options such as Smart Housie, Smart Number Quiz, Ludo, Cricket, Rummy, and Smart Words, and aims to offer more games every month. The app with all these games is available to download directly from OKIE’s website as Google does not allow real money games to be on play store.

“Non-RMG games such as Dahi Handi, Snakes and Ladders and others will be available on Google Play Store and Apple’s App Store as independent apps by the end of this month,” Jitin says.

The Statista report predicts that the Indian gaming industry is worth $2.4 billion in market opportunity, as of 2020, and umpteen players, including biggies like Paytm, Jio, and Airtel, are eyeing it.

But, Jitin says the competition is not the challenge; the main challenge is acceptance of a gaming concept.

“The concept should be unique. The mindset of a customer can vary; they can want to play a very simple game or graphic games like PUBG and GTA 5. We can make similar games, but unfortunately top Indian developers are associated with foreign companies,” he says.

Jitin says Indian developers should put more faith in domestic companies and create a forum where everyone can work together to develop the best games for the Indian market.

“We used a similar strategy for smartphones, which has proven to be successful. The products that we made in India have proved to be very successful,” he adds.

How online gaming startup 9stacks grew 3X with poker, and is now placing its bets on fantasy cricket

Jitin says the investment in OKIE Gaming is “huge”.

“We have been working on this for seven months. We have outsourced work to two agencies, and 12 internal employees have worked on a huge marketing plan. Our investment into this project is around Rs 4 crore and more is likely,” he says.

The gaming startup launched its first set of games less than a month ago, and Jitin did not share current download figures. However, he claims the app will cross 20 million downloads in the next six months. “Once we achieve our target, we will look for a strategic partner to help us go global,” he says.

OKIE has been garnering Rs 250 crore in annual revenue from its electronics business. Jitin is confident that OKIE Gaming will break even with annual revenue of Rs 25 crore this year itself and can eye Rs 50 crore revenue by FY21.

Over the next 12 months, OKIE Gaming will focus on skill-based games and fantasy sports. “This month, we will add Carrom, Spin to Win etc, and also regional languages.”

However, the main focus area will be the Desi Sports League (DSL), to promote local games that resonate with the Indian culture.

“People have forgotten local sports, and we aim to combine those with digital gaming to provide users with a unique gaming experience along with a chance to earn money and other prizes. The first game of the DSL will be available in November,” Jitin says.

Mahesh Babu, Mouni Roy, Yashika Aanand, and Urvashi Rautela are among the celebrities who will promote the Desi Sports League.