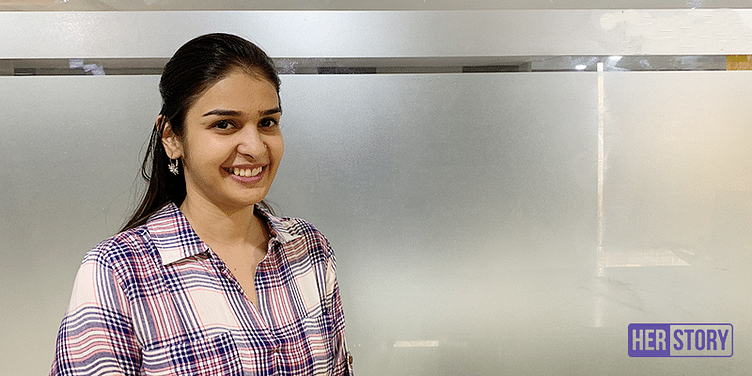 Hitwicket Co-founder Keerti Singh tells us about her journey, building the mobile gaming startup, and how she ignores the gender tag.

Keerti Singh started gaming when she was a teenager. She was a passionate cricket follower and loved discussing the sport. While pursuing B.Tech at Vellore Institute of Technology (VIT), online gaming was part of her routine, and she got hooked on to it during her MBA at the Indian School of Business (ISB). She says that this habit was a good distraction from her daily stress, and she never felt the need to stop.

While working at Amazon in operations, Keerti even got her colleagues hooked on to gaming. “I played everything from Golf Clash to Angry Birds - more on my mobile phone than the desktop. Every time I play for 5-7 minutes, I felt refreshed. Slowly, I got interested in long-term engagement, outside the casual games like Candy Crush,” she recollects.

So it is not exactly surprising that she went on to build a life around gaming. Today, she is the co-founder and VP-Growth of Hitwicket, an AI-powered immersive mobile cricket game, launched in 2015 in Hyderabad.

Keerti believes that interactive entertainment on mobile can be as big as ecommerce. So when Kashyap Reddy, her friend from college, started up in gaming and invited her to join in his venture, she was happy to come on board.

Although her parents were worried about Keerti (32) leaving a high paying job, she told them that the time was right for her to take the risk. “I did not want to regret 10 years later. Being an entrepreneur is nothing like being an employee. Speed of action is more critical in a startup; otherwise your competition will wipe you off. But I enjoyed the thrill of doing something myself,” she tells HerStory.

To her credit, Hitwicket soon became a top player in India’s gaming sector. The game has 2.1 million organic downloads across more than 100 countries, with users spending more than 32 minutes per day on the game as opposed to the global average of 23 minutes.

The game has had user engagement from more than 200 towns and cities in India as well as other cricket playing countries. The Hyderabad-based startup was selected by Google Game Accelerator – an Asia programme in 2018 - among the “Hi-growth potential” gaming startups.

The month-long programme was held in Singapore.

Their latest game– Hitwicket SuperStars – got 130,000 downloads within 48 hours of release. About 30 percent of their current users are from Australia, the UK, the US, Pakistan, Bangladesh, and Sri Lanka. Although the company is yet to break even, the startup is aiming for an annual run rate (ARR) of $4.6 million in FY2020, and eight million users across India (from Tier I to IV).

According to Keerti, working at a large company like Amazon helped her understand the various problems that can be thrown at you. “I was working with Amazon’s partners in not just India but in the US and China too. This gave me an idea about business processes and how diverse people work in the supply chain,” she says.

At Hitwicket too, Keerti emulates Amazon’s famous “customer obsession” so as to keep the customers happy and engaged. “It’s not a need to play a game after all; if you don’t like it, you won’t do it,” she tells HerStory.

Taking their partnership in work to life, Keerti and Kashyap got married in 2016. Keerti says that having her husband and co-founder in the same man has only made life easier. “We know each other’s situation - what we deal with on a day-to-day basis. At work, we don’t step on each other’s shoes; we have clearly demarcated roles.”

Keerti adds that at work, she is never reminded of her gender. And the ‘woman entrepreneur’ tag does not bother her.  “You can pick your battles. What matters is that you must have a strong conviction in what you do. I don’t recall any problems in my journey due to my being a woman, because I never focussed on it,” she says.

On the funding front, Keerti recollects the startup had approached only angel investors after investing their own savings. She believes that although investors mostly need a prototype, if you have put your own money, it shows how serious you are. The duo had invested their life’s savings in Hitwicket.

In 2015, Chennai Angels invested an undisclosed amount in the startup right before the launch of its mobile app. Keerti recollects that rejections from investors happened only when it was not the angel’s domain of expertise (to evaluate their work).

But does the woman entrepreneur tag act against her chances? Keerti says that they were particular about professionalism on the part of the investors. "Chennai Angels were active and fast in responding and finalising the deal,” she recalls.

Chennai Angels member and TiE Chennai President R Narayanan is their mentor. “Entrepreneurs often feel overwhelmed and even small problems may seem too big. With decades of experience, he tells us the right way to deal with a tough situation," she says.

Like every first-time entrepreneur, Keerti found her biggest challenge in hiring the right people for her team. The college toppers mostly want Amazon, Facebook, or Google. There are not a lot of good institutes that provide training for gaming in India either.

“We entered the sector when it was still in nascency. But we found some good candidates on LinkedIn and via our ISB alumni network,” she recounts.

Hitwicket has hired 16 VIT graduates in three years, mostly for developer roles. Keerti says they pick the candidates carefully, by setting up a process to ensure that they know the company’s expectations.

She explains, “Developers, for instance, need to be patient as difficulties are higher at each level. So we want to know how they perform as they scale up. Also, a developer cannot be judged for product management, but developers can help with making the product better. On the other hand, a creative person may not do well in analytical tests; so we give her a test for creativity, to tell us about what they find interesting in other games, and what they would do first in Hitwicket,” she says.

As a gaming platform, the startup needed people who play games, as they can understand what the user wants, especially in terms of duration and frequency.

Keerti’s plan for hiring from the colleges was simple: get the candidates to play Hitwicket as team.

“At VIT, we conducted a month-long tournament. The final level entrants go direct for an interview; others have to write exams,” she says.

Once they are hired, Keerti says, performance feedback is given in several steps. “We want to coach first, and help them improve. But if there is no progress, we have no other way but to have the difficult conversation. Sometimes it’s as simple as a mismatch in aptitude – they might do better in a different role or opportunity.”

Once a gamer, always a gamer

According to Keerti, mobile gaming has already overtaken the global movie industry in overall revenue, making it one of the fastest growing industries in the world. Having generated $200,000 in revenue in FY2019, Hitwicket is targeting eight million users this year.

They say that if you choose a job you love, you never work a day in life. This statement could not be truer for anybody than it is for Keerti. Beyond Hitwicket, she continues to be a gamer, and plays one or two mobile games for a few weeks before switching to others. Her current favourites are Marvel: Contest of Champions, and SimCity, which she plays daily.

Keerti advocates more women to be part of this industry. “It is a very exciting phase ahead and women should explore career opportunities in mobile gaming. Their contribution to game development can lead to making a game that appeals to a wider audience. In a lot of countries today, female gamers are nearly equal to the number of male gamers,” she says.

Hitwicket is all set to launch female characters in its game, promoting inclusivity. Keerti maintains that more women in the gaming industry would ensure that mobile games become more inclusive, and cater to what would engage women gamers as well. “In the last few years, I have seen female audience increasingly engaging with mobile gaming. In Hitwicket Superstars, we have 23 percent female gamers,” she explains.

Keerti has one message for aspiring women entrepreneurs: “Many walk when they can run. But a handful learn to fly. You can choose the easier path. But you are capable of doing more.”

What it means to be a woman entrepreneur in the millennial age?