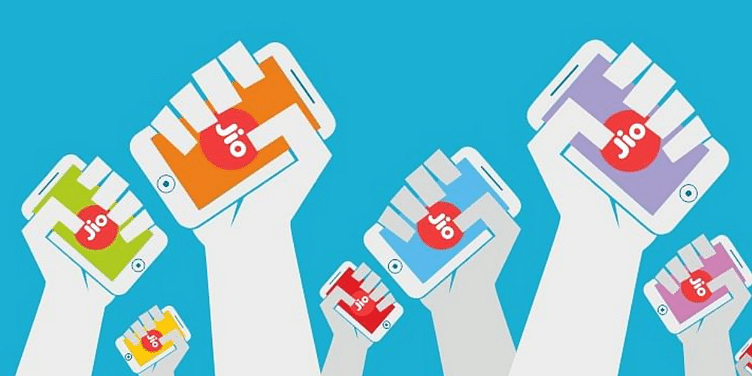 Reliance Jio has become the first mobile service provider to cross 40 crore customers mark in India with net addition of over 35 lakh subscribers in July, according to data released by telecom regulator TRAI on Monday.

The overall telecom subscriber base increased marginally to 116.4 crore in July from 116 crore in June.

Mobile phone connections in the country increased to 114.4 crore in July from 114 crore in June, with urban and rural connections standing at 61.9 crore and 52.1 crore respectively, according to the monthly subscribers report of the Telecom Regulatory Authority of India (TRAI).

Broadband connections, dominated by the mobile segment, grew by 1.03 percent to 70.54 crore in July from 69.82 crore in June.

Revenues for mobile operators are expected to improve sequentially in September quarter, as factors like increased recharges, reverse migration, and easing of lockdown curbs helped overcome what is otherwise a seasonally weak quarter, say sector analysts.

"Subscriber addition expected for RJio/Bharti Airtel (though at muted levels), while Vodafone Idea to continue losing subscribers," it said, adding that margin improvement from revenue increase is likely to be partially offset by higher commissions, and sales and marketing cost.