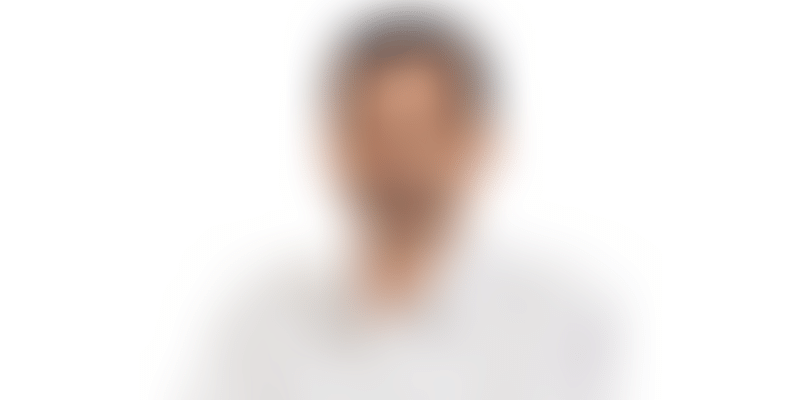 Jishnu Bhattacharjee, Managing Director of Nexus Venture Partners, throws light on the early days of his career, the theory behind investing in SaaS companies and having a cross-border investment team on board.

Jishnu Bhattacharjee of Nexus Venture Partners, one of the most widely regarded entrepreneur-friendly VCs in the industry, has years of experience working with technology startups. He has an MBA from Stanford Graduate School of Business, an MS in electrical and computer engineering from Georgia Institute of Technology, and a BTech from IIT Kharagpur.

Jishnu started his career as a design engineer at National Semiconductor, went on to be a part of the founding team of the communications system company Scintera Networks, before eventually becoming an investor. In 2008, Jishnu joined Nexus.

Known for its investments in technology-led businesses, the entity typically starts partnering with companies in seed and Series A rounds. So far, the VC fund has offered capital and mentorship to a slew of firms including Druva, Postman, Delhivery, Pubmatic, Helpshift, Aryaka, Unacademy, Observe.ai, H20.ai, WhiteHat Jr, among others.

In this episode of 100x Entrepreneur Podcast, a series featuring founders, venture capitalists, and angel investors, Jishnu and Siddharth Ahluwalia talk about the early days of his employment at Nexus, the decisions behind investing in SaaS companies and having a cross-border investment team on board.

After completing his BTech from IIT Kharagpur, Jishnu began his PhD at Georgia Tech and worked on and presented multiple papers during the time. While at it, he was approached by someone in Silicon Valley who had been reading his papers.

“They called me and said they were a two-member team who just raised venture funding and were looking to bring in someone who would define a lot of their architecture and engineering. They said I’d been driving ideas to papers, how about I drive ideas to products? That pitch kind of got me excited and that company was Scintera Networks,” says Jishnu.

Elaborating further, he adds, “We had great technology, but we were a bit ahead compared to where the market was at that time and ended up selling the company”.

After three years at the startup, Jishnu moved on to a bigger company and later enrolled himself at Stanford Business School. During the time, Jishnu got introduced to Naren Gupta, co-founder of Nexus and his venture capital journey began.

Over the years, Jishnu got an opportunity to work with some extraordinary entrepreneurs across different domains.

“The experience of working as a venture capitalist has been rewarding. The act of directly or indirectly having influence in creating something meaningful and changing people’s lives is one that is very satisfying. So, I can say that I wouldn’t have had my last 12 years in any different way,” Jishnu adds.

Nexus Venture Partners makes another close of $353.5 M for its fifth fund

Laying the focus on SaaS

The rapid rise in the number of people resorting to cloud services and the speedy adoption of digital technology is one of the main reasons for the growth of the Software-as-a-Service (SaaS) industry across the world, and particularly in India.

Nexus Venture Partners recognised this very early and viewed India as a potential hub of creating SaaS startups for global markets. In the beginning of 2007, Nexus made its first SaaS investment in a company called Dimdim, which offered a platform similar to Zoom, and provided free web conferencing services.

Dimdim got sold early in 2011, the year when Zoom was founded. During the early years of Nexus, the firm also invested in PubMatic, which has grown to be a global leader in online advertising technology.

Jishnu’s first investment was in a startup called Gluster (acquired by RedHat), which was the first open-source software-defined storage company in the industry.

“Not many in the venture capital community believed in Gluster’s value proposition at that point in time. I still remember taking the leap and writing the term sheet,” says Jishnu.

Since then, India has seen a steady increase in the number of high quality SaaS startups including creation of several unicorns in this category over the last decade.

How to build a startup like Unacademy and WhiteHat Jr: Pratik Poddar of Nexus Venture Partners

Investing in Postman and Druva

Talking about why the VC firm decided to back it, Jishnu says,

“It’s a beautiful thing when an entrepreneur builds a product to solve his or her own pain-point and finds that to resonate or spread organically across many other developers who are facing similar problems. Postman is the poster child of that — an elegantly simple product ‘by the developer for the developer’, that just works. We met Abhinav and his co-founders in 2014 even before the company was formally incorporated and instantly resonated with their vision of API-first software development. We seed funded Postman and the journey began.”

In this article, Jishnu writes:

“As the world adopts digitisation at an accelerated pace, APIs (Application Programming Interface) are playing an increasingly pivotal role in software development. APIs allow all developers, sophisticated or beginners or even non-programmers, to write software applications. Postman is the only complete platform for API development and management that enables collaboration, code reuse, and connectivity at scale and significantly improves performance. As the world of software development moves from a code-first approach to an API-first approach, Postman is evolving as a must-have tool for developers, thereby creating an API network effect.”

“Before investing, the spark that we look for is product first thinking. We have even invested in companies which are in PowerPoint or sometimes even pre PowerPoint stage. So it’s not that somebody has to have a product, but it is very important that they are thinking product and technology first,” says Jishnu.

Druva is another example of enterprise SaaS investments of Nexus. Druva delivers cloud based solutions for data protection and management. At the time when Nexus invested in Druva, the startup was very early in revenues. However, its product was being used by people across 26 countries. That was the trigger for Nexus.

“Our philosophy is that every product should be self-serve in a way that if somebody gets his or her hand on the product, they should be able to get value out of the product in the next 30 minutes. The user experience has to be simple, the value should be tangible,” said Jishnu.

Getting to a 100 million ARR

Not all startups have the potential to cross the 100 million ARR mark. Nevertheless, an ever-evolving inspirational vision can lead them to achieving it.

Jishnu says that one of the philosophies followed at Nexus is – ‘think broadly and globally, but act narrowly and locally.’

“We encourage our entrepreneurs to think in an unconstrained manner, and then map resources to the goals. And goals can be different across different stages and different types of companies. Just being driven by ARR can lead one to take a lot of suboptimal decisions,” says Jishnu.