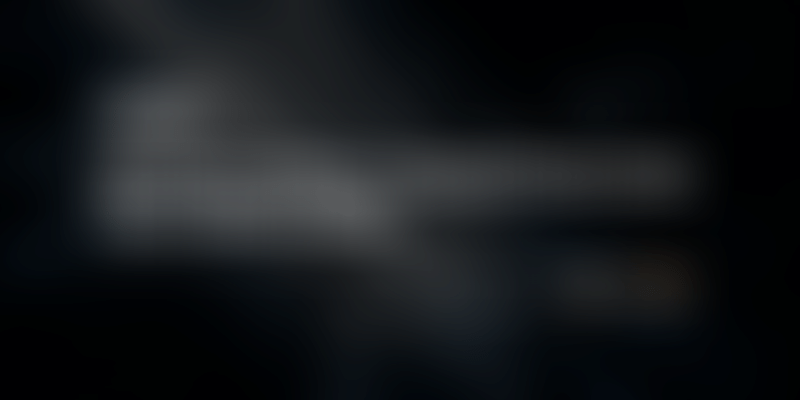 To discuss the unique ways in which the startup ecosystem is building solutions in collaboration with the public sector for boosting urban development, YourStory presented the webinar ‘Driving Digital Transformation for Urban India’ in association with AWS and Social Alpha.

Indian cities are a key pillar for the country’s economic growth, having created millions of jobs for its citizens. Their scope and growth potential is only set to rise further. By 2030, cities are estimated to house close to 40 percent of India's population and contribute to 70 percent of the country’s GDP.

This makes urban development a priority in the larger development agenda. To discuss the scope and complexity of urban development challenges, and the unique ways in which startups are building solutions in collaboration with the public sector, YourStory hosted the webinar ‘Driving Digital Transformation for Urban India’ in association with AWS and Social Alpha.

The importance of leveraging the power of technology for urban development

Social Alpha’s Manoj elaborated on the potential for technological advancements for urban development through smarter governance, improving sustainability and liveability standards, and quality of life.

“Citizens have access to a lot of services through apps and through the sheer availability of telecommunications' infrastructure and internet access,”

he said, adding that Social Alpha has a wide interest in adding civic tech companies to its portfolio.

To gather all the insights on how startups and public sector stakeholders are collaborating to create solutions for urban development, click here to view the complete webinar

MoHUA’s Rahul spoke of the role of cities in future growth “Through cities, people see an opportunity to improve the quality of their life.” he said, adding that India currently has 53 cities with a million-plus population and still growing. These require a structured approach to urbanisation, he said, adding that it has adopted a three-tiered approach for cities, including the 100 under the Smart Cities Mission to address this.

He further explained that the MoHUA created an economic assessment framework for cities to gauge their performance based on: Liveability, which tracks improvements in the quality of life, mobility, electricity and water supply among others; Economic- Ability that measures revenue generation; and Sustainability in terms of breathable air, green spaces, etc.

“All of these frameworks are looking at collecting data for cities to move towards evidence-based planning and data-driven self assessment and management,”

he said, adding that MoHUA’s Data SmartCities is the strategy that would facilitate the insights that leads to impactful planning. He also provided examples and case studies of smart cities and municipal bodies leveraging technology to facilitate governance and urban development at large.

Driving impact at scale through technology

The ensuing panel discussion highlighted how startups and governments were collaborating to enable urban development. Hiren Doshi from the eGovernments Foundation said the company’s DIGIT platform was being used by 16 states to serve citizens and manage finances.

“Kochi was one of the first cities to take up the Integrated Centralised Command & Control Centre (ICCC) on the public cloud. Such technologies have improved the delivery of services to citizens and increase efficiency and cost savings,” she said.

Vineet from CityCash and TaptoPay elaborated on how it is working with Maharashtra State Road Transport Corporation to create a digital micropayments ecosystem to plug revenue leakages.

Meanwhile, Abhilasha from Bluesky Analytics spoke about how they are working towards enabling access to environmental information to Indian citizens, including tier 2 and tier 3 cities, with satellite data.

The MoHUA has been leveraging cloud technology for most projects under the Smart Cities Mission. Cloud is also preferred for critical deployment where data security is paramount, and because of its ability to reduce costs and resource consumption. For example: The IDUX, AMPLIFI, ICCCs, and the India Urban Observatory all use a cloud stack. The India Urban Observatory is an initiative by MoHUA developed in collaboration with AWS, Cisco, Quantela Inc, and ESRI among others to generate insights by analysing data collected from various sources including sensors, IoT devices, ICCCs,and video and archival data. The aim being to create a ‘Culture of Data’ in cities where the intelligent use of data would be key to addressing complex urban challenges by urban planners and other stakeholders.

CityCash: The startup has launched one of the largest transit smartcard programmes with the MSRTC. It is also working on similar digitisation solutions with the Andhra Pradesh State Road Transport Corporation, the Bangalore Metropolitan Transport Corporation, among others. It uses AWS to develop a scalable architecture and ensure extremely high availability, critical for a payments system. It uses Amazon S3 for hosting static sites and storing logs; Amazon Route 53 for DNS; Amazon RDS for databases; AWS EC2 for instances; AWS Elastic Load Balancer; Amazon CloudFront and AWS Certificate Manager.

Blue Sky Analytics: The startup has built an automated multi-source data ingestion platform for various geospatial products that provide environmental information to citizens using data from satellites and on-ground monitors by using end-to-end AWS cloud infrastructure. These geospatial datasets are stored in Amazon S3 data lake and processed and analysed using Amazon EMR, Amazon Sagemaker and Amazon DynamoDB. It has been in conversation with various public sector stakeholders for its solutions including Pune Smart City, the Pune Municipal Corporation, the Central Pollution Control Board, and the state governments of Punjab, Tamil Nadu and Haryana , among others.

eGovernments Foundation: Established in 2003 by Nandan Nilekani and Srikanth Nadhamuni, the foundation partners with city administrators to leverage technology for sustainable and better quality of life in Indian cities and towns. Its core platform, DIGIT Urban Stack, is a set of open APIs, services, and reference implementations, setup as a public good, to allow government entities, businesses, startups, and civil society to use a unique digital Infrastructure and build solutions for urban India at a large scale.

Social Alpha: To drive economic growth, social justice and climate action through entrepreneurship and market-creating innovations, Social Alpha is focused on catalysing entrepreneurship for impact and provides critical incubation support to the mission-driven founders through its product innovation labs and venture acceleration framework. Since its inception in 2016, Social Alpha has nurtured 150+ start-ups, making 40+ seed investments and three exits.

Cochin Smart Mission: It is working to transform Kochi by leveraging technology to improve connectivity and accessibility, establish a vibrant identity and facilitate cleanliness, greenery, safety and health; along with inclusivity and governance. Some of its initiatives include a city-wide smart app, a proposal to integrate payments for all government services.