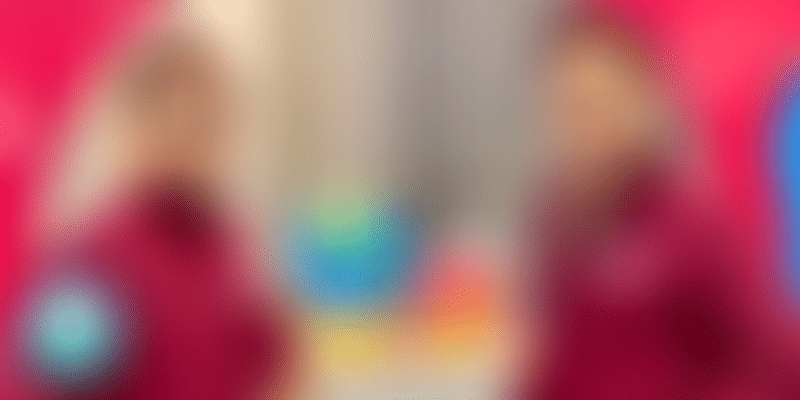 A product roadmap clarifies the why, what, and how behind what a tech startup is building. This week, we feature PlayShifu, which makes use of augmented reality to provide educational toys and games for kids.

The COVID-19 pandemic has forced kids to stay at home, which has increased their ‘screen time’. As online classes become the new normal, many startups operating in the edtech space are changing the idea of education by replacing traditional classroom learning with innovative products.

In this scenario, PlayShifu, which uses Augmented Reality (AR) to provide educational games for kids, has seen a phenomenal growth since the lockdown began. Between March and July this year, the startup witnessed 300 percent surge in demand for its smart toys, and the educational toys category saw a 75 percent growth.

Overall, PlayShifu saw a 600 percent increase in demand for its products for the first half of 2020 as compared to 2019.

In the last two and a half years, the US and Bengaluru-based startup, with a core product team of 50 people, has created 12 products with unique phygital (physical+digital) interactions. These products are designed for kids aged between 4-12 years and helps them build STEM and other foundational skills such as critical thinking, engineering, and geography.

According to PlayShifu, its Orboot, Plugo, and Tacto platforms already have three patents each in India and the US.

Founded in 2016 by Vivek Goyal and Dinesh Advani, friends from IIT Kharagpur, PlayShifu was started to solve a major challenge - keeping their children away from gadgets. The tech enthusiasts explored AR as a tool for creating engaging methods of early learning and help children in the stages of cognitive development, creative skills, and linguistic building.

According to the team, the startup has three homegrown deep-technology stacks powering unique and path-breaking experiences.

Computer Vision Stack: Built in-house, it works on low-end devices to create a smooth AR experience on mobiles and tablets. It is available on both iOS and Android with low specifications on CPU, GPU, and RAM. It makes use of hand-engineering and machine learning features, and can run completely offline on any device.

Interactive Touch Stack: This is also completely built in-house and has features like detecting up to 10 different figurines with unique touch patterns and continuously tracks them based on speed, position, acceleration, rotation, and other parameters. It can do 1:1 mapping with digital gameplay for various skills like physics, chemistry, and coding, and it works on both iOS and Android.

“We are firm believers in rapid prototyping of new interactions and stacks, and real feedback from the users, rather than spending long periods in the development cycle. We iterated our stacks four to five times before launching the first version. We partner with international schools in India and do play sessions to understand ease of use and fun factors associated with these stacks,” explains Vivek.

Data and ML Stack: Since PlayShifu’s product interactions are a mix of physical and digital, the team drives a lot of variability and adaptability using Machine Learning (ML).

Vivek says the team works to have complete control on the customisability in terms of difficulty of the puzzles or questions, progression, speed, characters, music, animations, and sound effects in the game.

“Our bestseller is Shifu Orboot – the augmented reality globe for kids. It has received love from parents, educators, and children from 60 countries across the world,” says Vivek.

He says, when they decided on using AR, they did a very successful kickstarter campaign that gave them backers from 100 countries. They also raised $100,000 in 2016 from a clutch of investors to start their journey with Orboot.

Orboot Earth is a custom-designed globe and an extensively informative and fun companion app. After the initial launch in 2017, the team added new content (information, games, interactions) in the app in 2018, which worked with the same globe design.

“It was being used by very young children (as young as three-year-olds). Hence, we worked on making the physical and digital connection smoother - this entailed minor changes in the globe and a major upgrade in the computer vision stack for the app. This improved experience was released in early 2019,” adds Vivek.

He says the team then received feedback from the parents community as well as the stakeholders in distribution channels.

“This was very crucial in creating Orboot Earth 2.0 - the globe underwent physical changes to emerge as a glossy globe in a white arc-base and the app underwent a major UI and UX haul to make it beautiful and super fun,” explains Vivek.

While Orboot Earth’s upgrade was in progress, the team was simultaneously working on a new concept and product line - Shifu Plugo.

“We were ideating, prototyping, and designing innovative tactile play interactions in the real world and how to track them using the front camera of the device,” says Vivek.

The team got feedback from multiple test sessions conducted with a group of 50 children. These initial sessions were primarily done for observational feedback on tactile interactions.

“Once the toy design for four Plugo kits was locked in, we worked on creating a variety of digital games for each kit, and we went back to our study groups for feedback. This feedback loop continued from 2017 till early 2020 for each product we launched,” says Vivek.

Every month, the team takes in behavioural analytics play data and thousands of subjective feedback nuggets across products.

For each of our products - Orboot Earth, Plugo Count, Plugo Link, Plugo Tunes, Plugo Letters - the stages of toy design were locked early on through multiple stages of feedback.

Another example is Plugo Count, launched in April 2019, that went into digital games extension.

“We learnt schools were using Orboot Earth without directly buying from us, and it was a big eureka moment for us. We realised that we had made a perfect mix of learning through play. Teachers were able to discover Orboot on Amazon and retail, and started using it in the classroom to teach geography, world knowledge, and cultures. We came to know about this when we were already in about 100 schools in the US. Today, we have crossed 1,000 schools in the US,” says Vivek.

Managing old generation devices like iPad 3 and 1GB ram Android mobiles phones from 2014 has been a big challenge for the startup. But since the team built homegrown stacks and has 100 percent control over them, it dedicated some portion of the tech bandwidth to maintain these stacks.

“I would say 15 percent of our bandwidth goes into maintaining stack compatibility with the oldest and the newest gen devices, and the rest is spent on new tech development,” says Vivek.

To be a global brand in early learning, the team had to make sure it was compatible with old generation devices, thus making it ubiquitous in terms of compatibility.

“We still had to make decisions to let go of compatibility with a few devices, especially mobile phones. We keep managing this based on the team’s bandwidth and our product roadmap,” says Vivek.

The early learning space is brimming with innovation and technology. “Nonetheless, we have seen many innovative technology plays in the early learning and toys space - robotics, DIY electronics, and coding platforms, to name a few,” explains Vivek. The team aims to continue focussing on growing its AR model of making toys and learning.

In the US, there are already several players like Chromeville, Atlanta AR Design, Mitchlehan Media, Baibuk, and others operating in the same space.