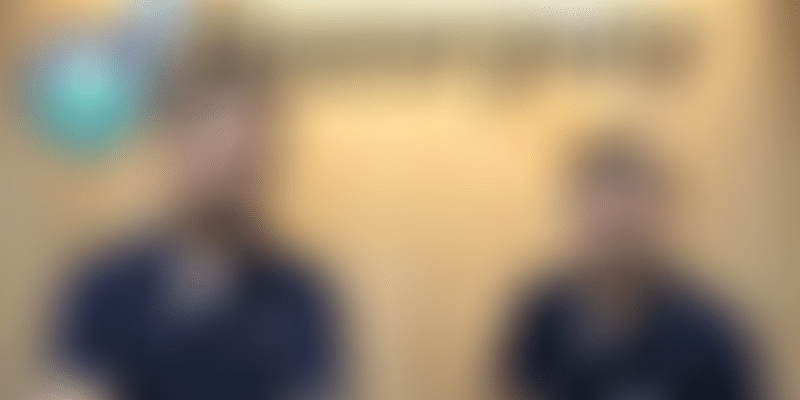 A product roadmap clarifies the why, what, and how behind what a tech startup is building. This week, we feature Razorpay, the country’s first payment gateway for startups and small businesses, and the newest member of India’s unicorn club.

When IIT-Roorkee graduates Harshil Mathur and Shashank Kumar started Razorpay in 2014, the duo knew the power of payments and how it could transform sectors. They knew what they wanted to start up with – a startup in the fintech space - but didn’t know how.

They began with a crowdfunding platform to get people to invest money towards charity. They realised how cumbersome the process was while testing international payments and integration with a payment gateway – it needed at least 10 to 20 pages of documentation. The duo felt the payment process for any startup should be simple and not take more than 30 minutes.

This epiphany led to the birth of Razorpay, the fintech startup that recently raised $100 million and gained unicorn status.

“We felt with more businesses coming online there would be a need for a product and mobile-first payment solution that solved for the needs of startups and mobile-first stacks,” Shashank says.

“From a single business unit that has been primarily into payments, we have in 2.5 years expanded into a full-stack financial service product with banking and lending,” explains Raju Shetty, Head of Engineering, Razorpay.

Focus on being seamless

“One of the first tasks was to bring in paperless onboarding. Until then, a lot of paperwork was needed. The first thing that justified the team’s intuition was the idea of digital onboarding. The integration was a few lines of code,” Shashank says.

With simple integration, users could upload their paperwork digitally and scan for identification, avoiding the tedious process of physically couriering documents.

“We also focused on the experience part of the payment process. The focus was on the checkout experience for customers, even on the mobile phone. This was the time of 2G and 3G connections and meant designing the product for low speed internet,” Shashank recalls.

The product worked well with SMEs and tech startups and got word of mouth going. Until 2016 the team focused on building different product features to bring parity.

“We were keen to create a great dashboard experience for our consumers so that SMEs didn’t need to keep coming back to the support team,” Shashank says.

The company saw its next wave of change in 2016 during demonetisation. UPI had started growing and picking up scale. This worked well for Razorpay’s journey as the use of cards wasn’t high in several segments. UPI was a great mobile-first form factor.

“We immediately opened up and launched UPI. The minute it was launched, all Razorpay’s customers had access to UPI rates and use. The activity immediately increased to help build critical mass to get product mass on the merchant side,” Shashank explains.

The next step was to focus on the problem of making refunds easier. The team realised that there were several nuances and refunds often took over a week.

“We had early on decided that we should build a single API integration that can serve all payment methods for our customers and makes it simpler for them. We realised we had to evolve our technology to operate in a multi-payment paradigm.

In the West, cards dominate 90 percent of payment methods; in India, it is distributed among  wallets, UPI, and cards. The tech stack had to be built to add new payment instruments easily,” Shashank explains.

This shift is possible because of the rate of deployments. Raju says the team does close to 1,500 deployments in a month, and this increases the revenue-making products that they have.

“Today, we have more than 1,000 transactions per second and are marching towards a higher number,” Raju says.

By 2017, the Razorpay tech team realised that payments had gained a natural pace of adoption. But soon another problem cropped up. Many companies started reporting problems with payment acceptance when they didn’t have a website or an app. How could they get paid?

Businesses would send WhatsApp and SMS reminders for credit payments. This made the team launch the payments link product, which made it simple to send a link to any customer over any method and accept a payment.

With the growth of recurring payments, the team also realised the need for an end-to-end subscription management platform.

For example Zomato Gold and Rentomojo’s rental payments have been created with the Razorpay recurring payments stack. “The team has to integrate one API to manage their subscription,” Shashank explains.

Shashank says it is important to have a hand on the end consumer’s pulse. “There is a lot of emphasis on failing fast. It is also important to build for a pain point. You need to build with deep user insights and experiment with that,” he explains.

Khilan Haria, VP, Product, says infrastructure companies need to be rock solid as the cost of failure is higher. “It is a big cost to fix a failed API. Whatever payment API we built six years back still holds, because we thought through cases that didn’t exist then,” he says.

There were segments in the market that weren’t well serviced; those segments seemed lower scaled. Thus the focus was on tackling these spaces and making products simple to use.

“We are one of the few payments companies that can take merchants live to take and accept payments. We looked at factors like being fully digital and giving instant payment processing capability,” Khilan says.

The Razorpay Checkout stack, which is used by 98 percent of businesses, has been around for six years. It works with cross merchants, and there is familiarity and simplicity of the UX and UI for the end consumer.

“The idea was to focus on funnel optimisation from day one. This becomes important for payment infrastructure companies as the margin of error is very low,” Khilan says. “These, in turn, became a platform when we started building more payment applications.”

Working towards the future

In 2019, Razorpay launched two new verticals: neo banking and lending. The team felt that the startup’s journey had evolved with the payment acceptance side of the business. The next step was to build a platform where the consumer can get visibility on money movement, management, and disbursal.

“Most SMEs don’t have software to manage these processes. The idea of the neo banking solution is to build a bank account for businesses, which is driven through software and gives visibility to the leading teams of the company,” Shashank says.

Khilan says the idea is to make unregistered businesses a part of the ecosystem. This means building product-led payment buttons, EPOS, banking etc to solve for problems on top of the core payments stack.

“Accepting payments in another geography and currency has been a pain point. It is a difficult problem to solve, but we worked for and launched 18 to 24 months back. We also realised that there are multiple problems within the same businesses that we needed to solve for,” Khilan explains.

The team has opened up payouts, payrolls, and products under the neo banking vertical. It is already working with major banks. In terms of lending, Razorpay is looking at transnational data from the payments segment to see if businesses can get the option of working capital.

“SMEs funding is critical. We are seeing how we can facilitate short and long-term loans for businesses with the cash flow data that they have,” Shashank says.

The journey has its challenges.

Raju says the first step was to build a differentiated experience, which meant innovation in product and technology. The next challenge was building a resilient platform.

“Many companies talk about scale, but the scale in Razorpay’s context is different. If a company is doing a flash sale, tech teams of the particular company are prepared from a product and tech perspective. When you manage close to one million merchants, understanding the different nuances and their possible flash sale is difficult. Many don’t share their flash sale timings with us. This means we have to make our system super-resilient and available,” Raju says.

All of this needs to be done in a cost-effective manner to drive adoption of digital money movements across systems. The team leverages systems that help optimally route transactions.

“We rely on banking rails while moving money. Unfortunately, banking rails aren’t highly scalable. Also, the availability of the platform isn’t high. This means you need to intelligently leverage the route in multiple modes. This means understanding preference of a specific instrument, and making the checkout process seamless,” Raju says.

With payments conquered, the Razorpay tech team is now working to expand its neo banking and lending services.