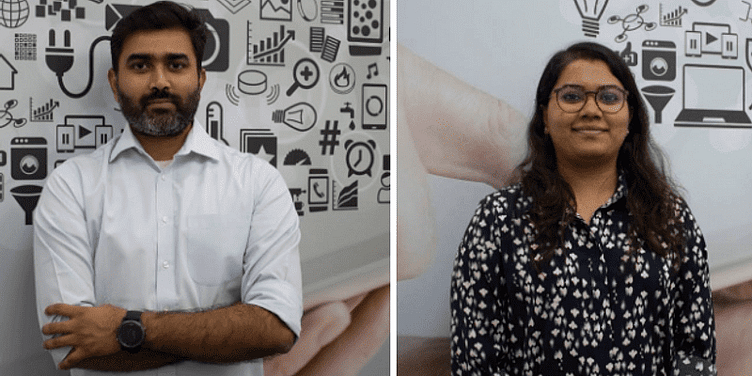 Founded in 2019, GramworkX has built an IoT and AI-enabled smart farm resource management tool that helps farmers to monitor micro-climatic conditions of their farms, quantify irrigation and with irrigation prediction so that they can take accurate, proactive and preventive decisions.

Around 48 percent of India’s 1.3 billion people depend on agriculture. The country’s agricultural GDP stands at $396 billion as of 2018 and ranks second worldwide in farm output.

However, the Indian agribusiness ecosystem is significantly fragmented and unorganised with multiple levels of intermediaries and middlemen across the agricultural value chain. Despite the agritech sector having strong investment activity in the last few years, the market penetration in the sector is still very low (1 percent), according to a latest EY report. The untapped market potential, opportunities in agritech, global investment, and a robust policy framework will drive growth in this space over the next decade, the report added.

Tapping into the market, ﻿GramworkX﻿ was founded in 2019 to bring “predictability to farming”. This Bengaluru-based startup helps in precision farming by integrating field data, weather patterns, and crop information to drive agronomic advice to farmers.

Founded by K A Gopalakrishnan and Supriya Ananthakrishnan, GramworkX has built an IoT and AI-enabled smart farm resource management tool that helps farmers by monitoring micro-climatic conditions of their farms, quantifying irrigation, and irrigation prediction so that they can take accurate, proactive and preventive decisions.

“We aim to provide products at affordable prices for the farmers for a sustainable tomorrow,” he adds.

“My desire to explore social entrepreneurship led me to join as a facilitator at Jagriti Yatra across India. In the journey, one of the areas that clearly hit me was agriculture. While it is the oldest occupation in the world, the penetration of technology was very low,” Gopalakrishnan tells YourStory.

After having deep discussions with farmers, the founders realised that weather and water were the most important aspects that impacted the yield of the crop. However, the farmers were restricted by scant data or a decision support system for them to make decisions.

“For example, farmers use drip irrigation technologies to improve water use efficiencies, but yet they do not know when and how much to irrigate. These inputs from farmers led to our ‘aha’ moment, and we decided to develop our technology and bring predictability to agriculture,” he says.

“We launched our android app on Independence Day this year, and have over 500+ users using this app. During the lockdown, we also launched a digital marketplace to help farmers connect with potential buyers and vice-versa. Over 100+ farmers and FPOs (Farmer Producer Organisations) have utilised this platform. We have helped them connect to over six large organised buyers and obtain a better price for their crops,” says Gopalakrishnan.

“We continuously iterate the product based on customer feedback. We plan to launch a new version of our solar-powered IoT device in November this year, along with version 2.0 of our Android app. The technology has been developed in-house and we pride in being ‘Made in India’,” he adds.

Gopalakrishnan has over seven years of work experience in the semiconductor industry. He has a Masters in Electrical Engineering from Boston University, US, and BE in Electronics from Mumbai University. He is not only a hardware technologist, but also a passionate farmer.

Supriya and Gopal are siblings. Supriya comes with over five years of work experience across five different countries in technology project management and strategy management. She has a Masters in Engineering Management from Dartmouth College, US and pursued BTech in Electronics and Communications from BITS, Pilani.

“We are a seven-member strong team who bring technological innovation and build products from the ground-up. We are a mix of farmers, engineers, and data scientists,” Gopalakrishnan says.

The target audience and marketing strategies

GramworkX primarily operates in the south (Karnataka, Telangana, Andhra Pradesh, Tamil Nadu) and west India (Maharashtra, Madhya Pradesh). Most of the traction has either been through online platforms such as YouTube, Facebook or WhatsApp, or through its networks with FPOs and agri institutes.

“In our on-ground study of over 160 small, medium and large farmers (land holdings from 1-50 acres), we observed that over 80 percent of them use smartphones and a large number of them rely on social media for agri-related information. Hence, using social media to promote our technology and its benefits is an important part of our marketing strategy,” he says.

GramworkX is in the process of running around five pilot programmes across India – primarily in Maharashtra, Tamil Nadu, and Telangana. The startup is also working with FPOs to provide customised solutions which can have a large-scale impact with multiple farmers.

The present and the future ahead

GramworkX is primarily bootstrapped and has raised funding through friends and family. The startup is looking for seed funding in the next six months.

Talking about the monetisation model, Gopalakrishnan says, “The IoT hardware for open field and polyhouse cultivation is provided on a fixed cost basis and a subscription model is also being experimented in select cases. We also have the SaaS platform for FPOs, and it is based on a subscription model. We provide the app for free to farmers. In addition, we also target direct customers through the leads generated through our free app, and online channels such as YouTube.”

There are a few other startups such as Fasal, Yuktix and CropIn in India; and The Yield and CropX operate internationally in this space.

“Our mantra lies in growing organically and to keep listening and interacting with the customers to build a solid foundation. We also believe in the development of both the hardware and software tools in India,” says Gopalakrishnan.

According to an EY August 2020 report, India ranks second after China, accounting for 11.9 percent of the global agriculture Gross Value Added (GVA) of $3,320.4 billion. The sector employs 43 percent of the total workforce.

“When we look at the entire agri market, around 167 lakh hectares (HA) in India are used for fruits and vegetable cultivation. GramworkX is focusing on a subset of horticultural crops which are water-sensitive and can highly benefit from such technology. The total addressable market that GramworkX would like to cover through these crops is 4.7 lakh HA, which would benefit around 50,000+ farmers,” he adds.