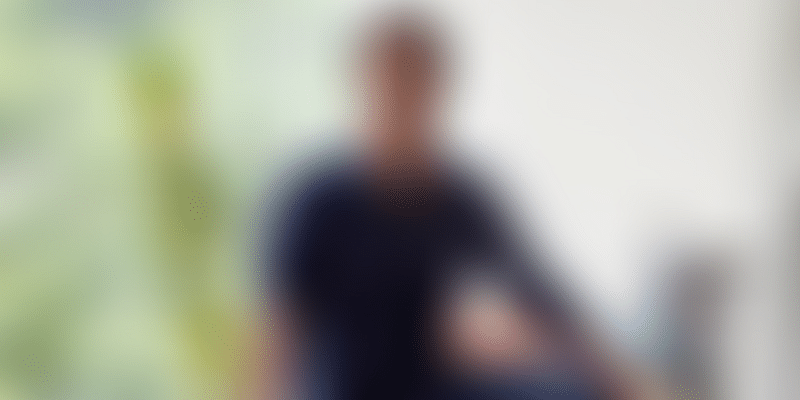 Agritech startup TartanSense, a YourStory Tech30 2020 winner, has built a small agricultural robot that can identify weeds and spray them with pesticides.

Weed is known to be a cause of trouble for most farmers in India. The growth of these undesirable plants diminishes the yield as well as the quality of crops to a great extent. According to a study published by the International Journal of Weed Biology, the crop losses caused by weeds is about 32 percent, and is way higher than those spawned by pests (18 percent) or pathogens (15 percent).

Hence, farmers tend to spend a lot of time and money on weeding (removing weeds) regularly.

Bengaluru-based agritech startup, TartanSense, is attempting to help farmers by addressing the pain points of weeding and pest control. Founded by Jaisimha Rao in 2015, the startup has built a small agricultural robot that can not only move around on farmlands and identify weeds, but can also spray them with pesticides.

Jaisimha was previously working as the Vice President at Blackrock, a New York-based global investment management company. After a decade of working professionally as a trader, he returned to India to take care of his coffee plantation in Karnataka. That was when he noticed that agricultural activities and decisions were not backed by data or any real-time insights. So, he decided to establish TartanSense to make agriculture more data-driven.

Though the startup was initially focused only on capturing agricultural data using sensors and drones, and offering advice-oriented services, the team later pivoted to developing robots.

“Cutting out weeds is a tedious task that involves a huge labour cost for farmers. We wanted to build something that can assist these farmers in the weeding activity and at the same time, ensure that no harm is done to the health of the crop,” says Jaisimha Rao, Founder, TartanSense.

The flagship product of TartanSense is an automatic robot called Brijbot. Powered by artificial intelligence (AI), the robot traverses the farm, examines crops through cameras mounted on its computer, and sprays pesticides on the weeds after identifying them. The machine autonomously carries out weeding, without the farmers having to deploy manual labour.

In addition to this, it captures data regarding crop health, soil quality, etc.

“Brijbot sprays pesticides only on the detected weeds. The spray precision is around 3 cm, and this reduces the usage of chemicals by 50 to 70 percent and subsequently protects the crops. The product has been designed in such a way that it can move around narrow Indian farms for long hours, even in extreme weather conditions,” explains Jaisimha.

Since weeding is a labour-intensive activity, it often becomes imperative for farmers to employ three to five workers just to do the job. The startup claims that Brijbot is capable of carrying out weeding for eight hours a day with zero manual intervention or monitoring.

“The robot can remove weeds for an entire acre in an hour while alternatives take at least half-a-day per acre. Besides, it provides the service of weeding at a similar price point as its alternatives, with no significant financial risk involved for the farmers,” adds Jaisimha.

TartanSense offers the robot as a service to farmers as opposed to a direct sale. Any farmer who is interested to use the robot can book the service and the startup’s operator travels to their doorstep to deliver it. And, once they render their services, farmers are charged Rs 1,500 per acre. The purchase and maintenance of Brijbot presently costs Rs 10 lakh, but the price is expected to significantly reduce at scale.

Through TartanSense, farmers can use herbicides and pesticides more judiciously. The startup has conducted product demos and rendered services to several farmers in Andhra Pradesh, Karnataka, and Maharashtra so far.

Over the last two years of prototyping and productising, the startup encountered multiple challenges in accessing the manufacturing ecosystem. The team had to import a few components due to the dearth of local manufacturers. This, in turn, caused delays in their production cycle.

Though TartanSense was bootstrapped from 2015 to 2019, it later raised funding from venture funds.

“In early March 2019, TartanSense raised $2 million in seed funding. The round was led by Omnivore, Blume Ventures, and BEENEXT. The other investors in the round included Dileep George, Co-founder of Silicon Valley-based Vicarious AI (backed by Elon Musk, Jeff Bezos, Mark Zuckerberg etc), and Akash Gupta, Co-founder of GreyOrange,” says Jaisimha.

TartanSense is working on launching a robot for seeding and harvesting in the near future and will also be directing its energy towards expanding its footprint into geographies outside of the country. The startup also claims that COVID-19 has accelerated the need for robots owing to the return of migrant labourers to their homelands.