[Tech30] How a small-town boy from Bihar built a product used at NASA, Uber, and Intel 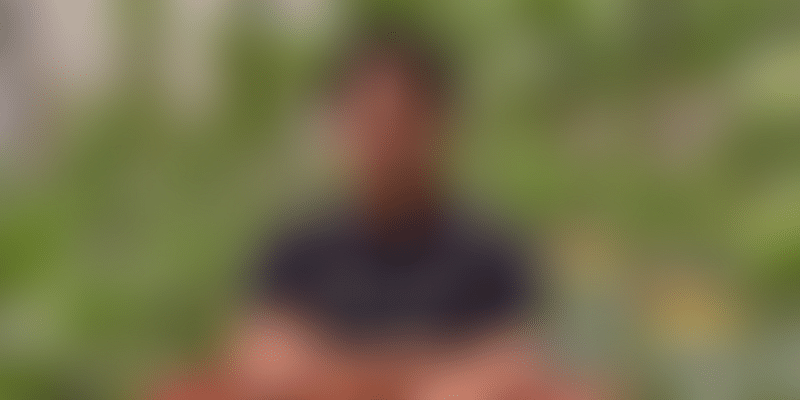 Sanket Saurav, 26, grew up in Purnia, Bihar, fascinated by computers. His love for computer games got him interested in coding at an early age. When Sanket was in Class 5, he taught himself to code on his cousin’s computer, as he did not have one at home.

The childhood love affair with computers proved to be a lasting one, and led him to NIT, Jamshedpur, where he got a B Tech degree in computer science and engineering.

After dabbling in a couple of startups, Sanket, a first-generation entrepreneur, launched DeepSource in 2018, with Co-founder Jai Pradeesh, in Bengaluru. Jai was the first engineer that Sanket had hired at his previous startup.

The software-as-a-service (SaaS) startup which helps developers find and fix bugs in their code automatically, is part of YourStory’s Tech30 list for 2020.

DeepSource’s product is used by developers at marquee organisations such as NASA, Uber, Intel, and Slack, among others. The startup was also a part of startup accelerator Y Combinator’s winter batch of 2020.

In June, the Bengaluru-startup announced that it had raised a seed investment of $2.6 million, led by New York City-based early stage venture fund 645 Ventures. Y Combinator, FundersClub, Pioneer Fund, Liquid 2 Ventures, and several individual investors also participated in the round. It had earlier raised $140,000 as pre-seed capital in 2019.

Sanket and Jai plan to move to the US by January 2021 to be closer to the developer hub of San Francisco. The engineering team will continue to operate out of Bengaluru.

DeepSource helps developers find and fix bugs in their code automatically — like Grammarly (the English language digital writing tool), but for code.

Sanket explains, “We use technologies like static analysis and machine learning to learn from how a project or team writes code and suggest how they can write code better by generating bug fixes automatically.”

The startup’s flagship product, Autofix, supports all major programming languages and configuration as code technologies, and can detect over 2,000 unique issues such as  bug risks, security vulnerabilities, performance issues, anti-patterns.

“Tens of thousands of developers and teams, including those at Slack, Intel, NASA, SAS, and others, use DeepSource to write good code,” Sanket says.

“We're the most comprehensive code analyser in the industry, with guaranteed less than 5 percent false positives rate. We're also the only product in the space that can automatically fix issues in code,” Sanket says.

DeepSource’s competitors include the likes of SonarSource, VeraCode, Code Climate, and Codacy. Asked about what sets it apart from others, Sanket says it’s the startup’s ‘bottoms-up’ approach to problem solving compared to the more common top-down approach.

“All companies tried to solve the problem in an identical manner, using static analysis in the same way. They were optimising for ‘how do we sell the product’. No one was focussing on ‘how do I make the product better to use’,” he explains.

“Instead of targeting top management, we targeted the developer community, the end user. We focused on the user experience first. Others say these are the five problems but DeepSource automatically fixes (them) in a couple of clicks.”

According to the NIT alum, DeepSource can help save three hours of developer time every week by automating the rote part of writing and reviewing code for 40 million developers across the world who write code and build software.

Since launching paid plans in January 2020, the startup’s revenue has nearly doubled every quarter. However, Sanket says, “The focus is not on making revenue right now, since it's a bottoms-up GTM (go-to-market). Our user growth has consistently been 25-30 percent month-on-month organically.”