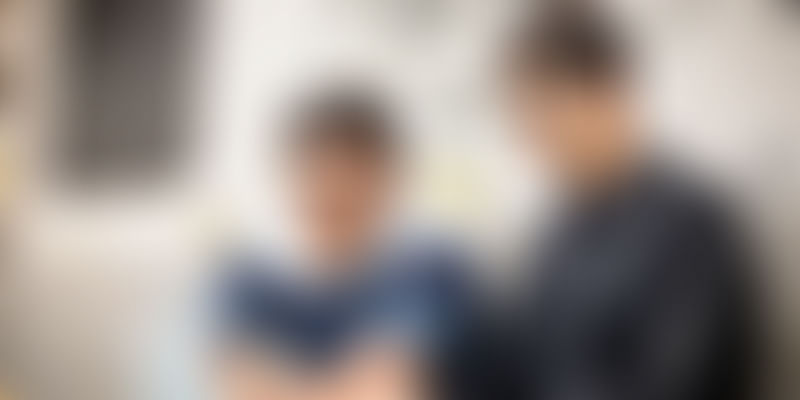 Bengaluru-based Pixxel, which is building a constellation of earth-imaging small satellites, has made it to YourStory’s curated list of Tech30 startups.

According to a report by MarketsandMarkets Research, the global small satellite market is expected to become a $7.1 billion market by 2025 from $2.8 billion in 2020, growing at a CAGR of 20.5 percent.

Bengaluru-based Pixxel is building a constellation of about 24-30 earth-imaging small satellites to be deployed in the Low Earth Orbit (LEO). It will monitor the planet 24*7 and provide data to enable organisations across the world to detect, monitor, and predict global phenomena in real time.

Pixxel was founded in 2019 by Awais Ahmed and Kshitij Khandelwal during their final year at BITS Pilani. The duo, who always loved the idea of working in the space sector, was part of a student satellite team in college. They were also part of Team Hyperloop India, which participated in SpaceX’s Hyperloop Pod Competition. Their passion to work for the spacetech sector was the major boost behind the launch of Pixxel.

The spacetech startup has now made it to YourStory’s curated list of Tech30 startups.

Last year, Pixxel also became the only Asian startup among the selected 10 to be a part of the Los Angeles-based Techstars Starburst Space Accelerator.

Speaking with YourStory, co-founder and CEO Awais explains the constellation of satellites are equipped with cameras, which will constantly take images of the planet and share them with the organisation. This will be analysed for monitoring and studying several areas such as agriculture, soil health, oil and gas, pollution, etc.

“The problem we are trying to solve are many fold, and in many industries. For example, in agriculture, with satellite imagery, we can identify the crop health status. But further information on soil health content, moisture in the area, and the species of the crop are not available. We are enabling organisations to receive such data sets from space,” Awais says.

He explains that the data collected by the satellites will also help in identifying natural gas leakages from pipelines as well as oil leakages from above and underground oil pipelines, which is not possible now from the existing satellites.

According to the him, Pixxel’s data can also help in monitoring deforestation and forest farming among many others. It can help governments and organisations keep a track on air and water pollution levels, forest biodiversity and health, coastal and marine health, and changes in the urban landscape, among others.

“In terms of work with the satellites, our requirements come directly from the customers as we are constantly taking feedback from them as to what data they want, how they want us to present the data, what kind of coverage they need, etc. We take their views, optimise it and take it to the designing of our payload. That is how the entire process starts on the engineering side,” says Kshitij, co-founder and CTO at Pixxel.

Pixxel’s first satellite of the constellation has been already manufactured and was expected to be launched this year but got delayed due to the COVID-19 situation. Awais says that the startup is planning to launch it by March 2021.

“We are also working on building the second satellite, and we are expecting to launch it in the latter half of 2021,” Awais says.

The co-founders explain that Pixxel operates on a subscription based SaaS model where the client organisations are charged for purchasing the data. Pixxel’s online platform enables clients to select the kind of data required by them and pay for it accordingly.

“For instance, if an agriculture company wants to monitor 1,000 km of pipeline every day and data per km is priced at $1, then the client will have to pay 1000 x 1 x 30 = $30,000 per month on a continuing basis. Pixxel’s online platform allows the clients to purchase the data and analyse it,” they say.

Awais adds that Pixxel currently has eight to 14 clients across the world including India, the US, and Europe.

In August this year, the startup raised $5 million in seed funding round led by Blume Ventures, growX Ventures, and Lightspeed Ventures. It had earlier raised $700,000 from Techstars and growX Ventures.

According to a report by PwC, the Indian space economy is valued at $7 billion, and forms two percent of the global space economy. The sector needs to grow at an approximate rate of 48 percent CAGR over the next five years in order to reach its target of $50 billion.

While the majority of the spacetech activities relied on ISRO, the Indian government has now opened up spacetech to private companies to realise their own space missions and help achieve the goal. Along with Pixxel, several other notable players including Bellatrix Aerospace, TeamIndus, Dhruva Space, and Astrome among others are working towards achieving the goal.

Speaking about the future plans, Awais says the startup is looking to deploy the entire small satellite constellation within the next three years.

“In the long run, we would like to use our capabilities for building satellites and send it to the Moon, Mars and asteroid belt (located roughly between Mars and Jupiter) much more inexpensively and do research for more expensive future missions,” he says.