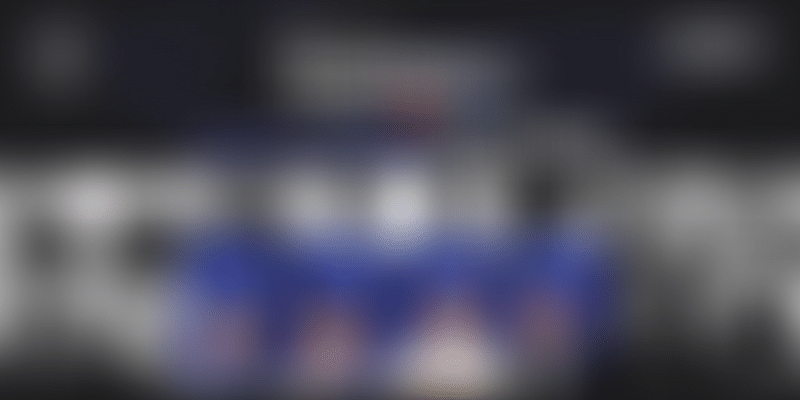 After five days, TechSparks 2020 ended with a bang as some of the world's most influential speakers talked entrepreneurship, leadership, and more.

But not before we run you through yet another action-packed day, which saw illustrious personalities from around the world. Day 5 captured some of the greatest thinkers of today, including Chairman of Tata Trust, philanthropist and India's beloved businessman, Ratan Tata, who closed out this very important day for us with a timeless message: reflect on what you can do for humanity and measure your success by the difference you can make to your country, the world, and the larger universe, not by ‘money value’.

And that seemed to be the overarching theme at TechSparks this year: building from India, for the world. Making not just our country better, but also the world at large, and reinventing the role we play on the global stage.

In fact, when we started the day talking about innovation in the digital entertainment space in India with Amazon Prime Video's Country Manager Gaurav Gandhi, he stressed on the fact that we need to take India's stories outside her geographical boundaries, especially in this new, ever-contracted and even more connected world.

"We are excited that we're able to take Indian stories outside of the geographical limitations," he said, adding one in five viewers of Amazon Prime Video's Indian original content is international.

This faith in India being able to create for the world was further bolstered by startup ecosystem-darling, our very own Ola Cabs' Co-founder Bhavish Aggarwal, who said:

“We will create for India, and from India. A company which builds for India, can build for the world."

Bhavish also spoke about spoke Ola's plan for the next ten years, and what he makes of the future of mobility.

“Our ambition is to play across the value chain of mobility...and we are building with a 10-plus year vision.”

Later, he was joined by his IIT-Bombay seniors, Harpreet Grover and Vibhore Goyal, at the launch of their book “Let’s build a company: A start-up story minus the bullshit”.

Bhavish regaled the audience with anecdotes from the trios' past, and said that it was Harpreet and Vibhore who inspired him to set up his own business.

"When I graduated from IIT Bombay, Harpreet and Vibhor had already set up their own company. They inspired me to become an entrepreneur. I remember going to their office and seeing the camaraderie and culture there and being inspired to launch my own startup too. I still look up to both of them in so many ways as I have seen their journey up close and personal and in so much detail."

Zerodha's Nithin Kamath then stepped up to the podium to talk about why it is increasingly important for successful people to give back to the economy.

"Some portion of the money we make has to go into the economy. Buying gold and real-estate isn't going to help. Enable as many people as possible. If you enable people you give back to the society,” said Nithin, who, through his investment firm Rainmatter, established in 2016, helps fintech startups come and build a user experience of their choice.

Anil Kumar Jain, CEO, National Internet Exchange of India (NIXI), spoke about a new generation of internet domains in India - .in and .Bharat - and urged innovators and creators to use the power of the internet to make India the next tech powerhouse.

An important session on solving the unemployment crisis in India — a cause we at YourStory are particularly passionate about - came next, where founders Annanya Sarthak of Awign, Nimish Sharma of Workex Solutions, and Mithun Srivatsa of Blowhorn, highlighted some key trends and problems facing the blue and grey collar workforce.

The trio focused heavily on how tech was helping enable job discovery in a market where there traditionally has been very poor visibility, and agreed that tech was the only way to get more people - especially migrant workers - employed.

Unacademy's Co-founder, Gaurav Munjal then shared anecdotes about his fundraising journey, and how he never took 'no' for an answer when he was looking for people to bring to his startup's cap table.

"I planned my family vacations depending on the city the investor was going to be in. Once I went to Dubai to meet Bhavin Turakhia [now a board member at Unacademy] for 15 minutes after his squash game. I don't even like Dubai," Gaurav told YourStory Founder and CEO Shradha Sharma in a virtual fireside chat.

We also learned valuable lessons in entrepreneurship from the legendary John Chambers, who took Cisco from a $70-million-valued company to a $50 billion+ tech giant as its chief executive officer; and spoke to Blume Ventures about their 10-year journey in startup financing, the things they got right and wrong, and what the next decade has in store for VCs in India.

Catch even more key highlights from the event here.

Onwards and upwards to TechSparks 2021, then, where we will try to upstage ourselves and bring an even better event for you.