Ultrasound in your pocket: Sandeep Akkaraju's quest to democratise healthcare with his startup Exo 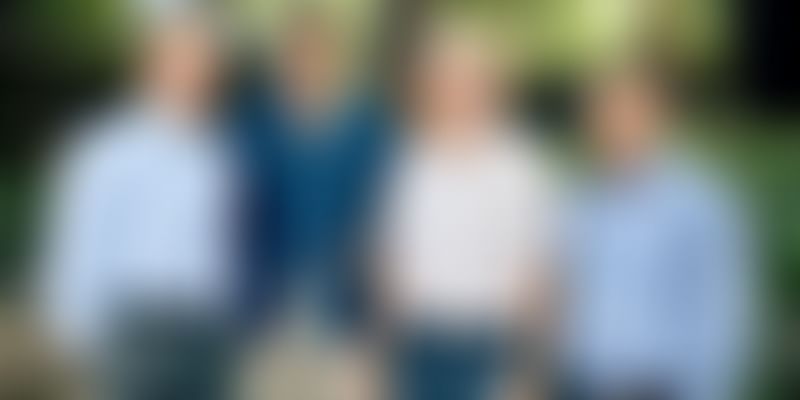 Redwood City-based Exo will be taking on legacy ultrasound machines that are not portable and expensive.

Every year, thousands of babies die in India because of infant mortality. According to UNICEF, the infant mortality rate in India is 31 per thousand births. Most of these deaths occur in smaller towns and among urban poor because families have no access to ultrasound machines, healthcare facilities, and healthcare workers.

According to the World Health Organization (WHO), 75 percent of the world does not have access to medical imaging, and the WHO goes on to add that a portable ultrasound imager can change the world. The point-of-care ultrasound technology is touted as the future of medical device technology.

One wonders how this problem can be solved and one only imagines how the power of a stethoscope and an ultrasound can be brought on to a mobile-sized device to change healthcare.

Making that future a reality is Exo (pronounced as echo), a Redwood City-based startup founded by Sandeep Akkaraju, Janusz Bryzek, John Kokulis, and Yusuf Haque — all four of them veterans of having built, sold, or IPOed several companies.

The startup is developing a hand-held ultrasound device that is looking to solve challenges such as cost, portability, image quality, etc.

When the founders started up, they did not want to build just another company. They wanted to build a product that can be simple, easy-to-use, and make healthcare affordable.

"We are a team of uber-focussed professionals trying to change the world and our product is such. Imagine a midwife in Namibia or India using our device to help pregnant mothers and also see if the babies are in a breech position. What we built has material sciences to it, software, algorithms, and advanced imaging technology. Our technology is also non-ionising and non-radiating," says Sandeep Akkaraju.

Now think about the devices’ application during the COVID-19 pandemic. With the device, the patient can look at the congestion in the lungs on a real-time basis, when quarantined at home, and doctors can get those images in real time to take action, or the healthcare workers can carry this portable device to every district they operate in.

Why a surgeon, CA, and IT professional decided to build a preventive healthcare startup

To make the system work, the company is working in the imaging department of hospitals by building an informatics system that can compute, aggregate data, and analyse data from images. Their system can also analyse and archive the right image and suggest the healthcare ecosystem to work together to diagnose a problem. All these learnings are then used in building the devices, which will go to the market next year. The company does not want to disclose the hospitals that it is working with as they have signed NDAs.

YourStory spoke with TDK Ventures to understand what makes this product revolutionary.

He adds that TDK Ventures learned that large OEM’s of ultrasound usually make about 20 percent improvement in image quality to command a good premium every two years or so, emphasising the true value of high image quality.

"We understand piezoelectric materials very well within TDK as we service customers in the touchscreen and fingerprint sensing. We know, when the right piezo materials are applied to micromachined transducers, 4D imaging (think of viewing a high-resolution baby movement using a hand held device), deep tissue imaging, and other high-impact modalities open up in the emergency, cardiac, and abdominal arena," says Anil.

The product is going through regulatory approvals before it ships out for trials with clients in the market.

Think about it, a legacy ultrasound machine can cost more than Rs 28 lakh and this portable technology can bring the cost down to less than five percent of the cost of the legacy machine.

"What we are going after is something that has not changed in years. These large, old ultrasound machines have super specialists just to operate them. Think about it, you had to specialise to operate a few knobs and buttons. To become a sonographer, one has to go to school. These machines are large and expensive. We intend to change that with our product. Think about what we are building in healthcare as an iPhone moment for the industry. We call our product an on-demand healthcare device in the pocket. One will get an unprecedented view into the human body," says Sandeep Akkaraju.

The technology and the business

The startup's technology is challenging the conventional wisdom of corporate medical imaging companies, which have used the same technology for 70 years. So, what makes Exo so different?

Exo's ultrasound platform uses nano materials and signal processing to enable image fidelity, penetration depth, and 3D imaging capabilities on a silicon-based chip that can be used in high-fidelity imaging to HIFU-based therapeutics.

The founders have invented a new performance and micro-machined ultrasound technology (pMUT) that marries nanoscale piezoelectric materials with semiconductor capabilities. Just to simplify this, all the power of those crystals are now on a chip.

Their transducer technology combines nano materials and advanced signal processing to form the core of the ultrasound platform. With this technology on mobile-sized devices, one can use the same transducer for imaging the heart or the abdomen, or looking at vasculature or musculoskeletal features. The device is portable and it can change the way the entire healthcare ecosystem captures images and shares with the ecosystem for quick intervention.

The business model for Exo can be selling the device outright to its customers and can make imaging a subscription product. Sandeep says the business model and their possibilities are endless.

In short, the Exo team is solving this problem with a combination of things like computational photography algorithms, data science, and artificial intelligence that will simplify imaging, enabling healthcare professionals to do more at the point of patient care than ever before.

Janusz is called the "father of sensors" by many and he co-founded Invensense, Jyve, LV Sensors, and four other companies.

Yusuf was the Managing Director of Maxim Integrated, which makes signal processing and data converters, whose market cap is $17.7 billion on the Nasdaq.

Sandeep, on the other hand, founded Intellisense, which was sold for close to a billion dollars to Corning. He also co-founded Jyve, a MEMS technology on a chipset, with Janusz and exited the business.

John Kokulis had known Sandeep from Intellisense and also worked in the United States Department of Defense. He was also the founder of Constantine Partners, a healthcare technology company.

When the four founders met, they had to go all-in on an idea that could change the world. They used their combined knowledge in computational photography, algorithms, data science, and artificial intelligence to build this device.

The four founders of Exo are bringing imaging to the world at the cost of a modern smartphone is an admirable goal and something that we can be proud of for decades, adds Anil.

Sandeep and team have spent five years in building the product, which is a testimony to the future of deep tech and impact. The company competes with Butterfly, which has built a pocket-size ultrasound.

Even Healcerion has launched a slightly larger portable product. But, there are only a handful of companies working on this portable idea. And that's what makes this a valuable business for the healthcare industry and investors.

And Exo's founders are leading the race towards making a dent in the market. Healthcare access will finally be democratised. At least Sandeep Akkaraju believes Exo has the makings of a moonshot idea.