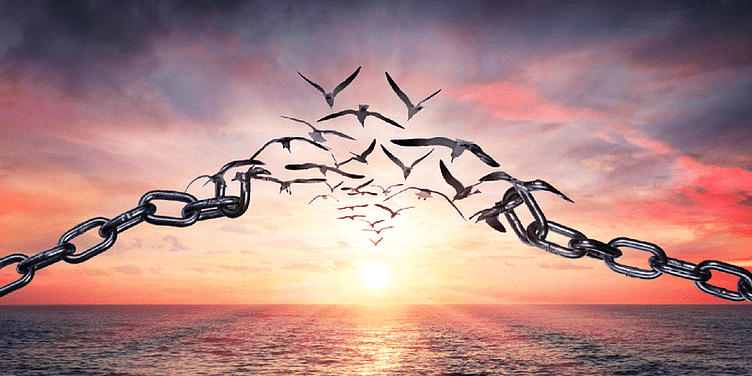 As our institutions, infrastructure, and long-held convictions are shaken up in the aftermath of a COVID pandemic, each individual, industry, and government will attempt to define the new normal in a way it suits its vision.

The "new normal" is an often-repeated term that we have seen being used in the last few months when we talk about the pandemic and its effects. As our institutions, infrastructure, and long-held convictions are shaken up in the aftermath of a COVID pandemic, each individual, industry, and government will attempt to define the new normal in a way it suits its vision.

I have been thinking about what will new normal mean to me when we define our own lives. Will we remain creatures of habit and go on as if nothing has happened? In much the very same way, I see the traffic getting bad in Bangalore yet again?

Today, I hope, like me, you are also rethinking your priorities in life. And, I would urge you to explore, question freely, and reflect on some of the beliefs we have been holding on to dearly.

Startups can be the silver lining to the pandemic: Ratan Tata at YS Leadership Talk

1. We are all the same, with the same vulnerabilities, and there is no hierarchy or, for that matter, we are all the same for the virus. The pandemic has reinforced the age-old wisdom that death and disease respect no mortal hierarchies. Presidents, kings, and ministers lie shoulder-to-shoulder before Yama (god of death) with farmers, craftsmen, and construction workers.

2. There is a heroism in selfless service, of the humblest sort. Healthcare professionals, who seldom make it to the front pages of newspapers in normal times, made headlines, and perhaps left a debt for generations in the recent months. I hear that 300 doctors and over 1,000 nurses have lost lives in India so far. To me, them, and so many more who have worked relentlessly to live are clearly the new heroes. There is heroism in that persistence, of putting immediate duties before ideological debates and social media distractions, of eschewing the elusive limelight of celebrity stardom. That wisdom became abundantly clear in these troubled times. And I don't want to forget them. Ever.

3. In a world where structural inequality and lack of support to its most vulnerable has widened, sometimes the sheer act of survival is worthy of deep respect and worship. I remember the migrant laborers who walked 1000 km to their homes as strict lockdowns were enforced, carrying and living with the burden of a Dickensian existence as the nuts and bolts of machinery that keep our upper-middle-class existence and conceit in place. I don't want to forget them as the world attempts to get back to (some sort of) normalcy.

4. Struggle and hardship saw many around us develop new muscles they never knew existed... and I have to mention so many incredibly inspiring entrepreneurs whom I had the privilege of talking to in these last months who refused to give in amidst their world being blown apart. If you have been running a company and suddenly have people to give salaries to and not knowing where the next month's paychecks will come from and still figuring relentlessly how-to, this is something even a Harvard MBA can't teach.

As George R R Martin would put it, in the depths of the Winds of Winter, I see a Dream of Spring.

A generation that heals its scars will know the fortitude it took to overcome them and will know how to rise from this rubble. And, we will.

Much as in the 1940s, the first generation of our nation builders rose from the ashes of a violent partition to build a nation whose diverse, democratic, and pluralistic existence in itself has defied the expectations of every single political pundit alive at the time of our Independence.

And, by the way, let's not forget that we are but the stories we tell, to ourselves and to the world around us.

So what is going to be your new normal story? Tell me.