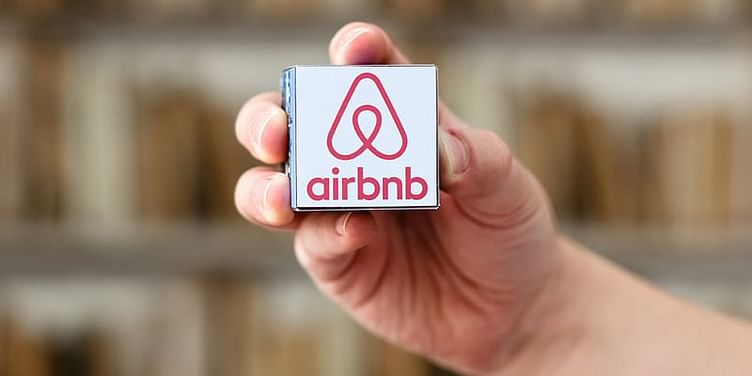 While COVID-19 may have put bumps in its growth plans, Airbnb has been valued at $31 billion and is among the fastest-growing startups. This is what startups can learn from its journey.

In the pre-COVID-19 world, Airbnb had more rooms for rent each night than Hilton and Marriott put together. For a company that started less than a decade ago, that was quite an achievement. The three founders – Brian Chesky, Joe Gebbia, and Nathan Blecharczyk, had one objective – they wanted to help people rent these rooms, using the Internet as a tool to simplify and enhance the process. But their idea was based on an audacious proposition — that people would invite strangers to stay in their homes.

In the early years, the company had focused on one thing – survival (not unlike most startups), but soon the team shifted to another important thing – objectives.

In his book Extreme Teams and How to Lead Them by Robert Bruce Shaw, the author says that Airbnb learned, through its own experience, the importance of focusing on a small set of vital priorities.

Describing the anecdote, he says:

After a few years and hiring of hundreds of employees, the firm’s leaders developed an annual company operating plan with a dozen key objectives. This plan eliminated some of the confusion that inevitably comes with a rapidly growing company. But it also created a new problem—notably, it was difficult to sustain focus and allocate resources within the company across so many priorities.

Airbnb, for example, was partnering with vacation-rental firms that served as brokers who provided rooms to travellers. The company was also building a loyal following of customers who were renting rooms for personal use. Vacation firms offered an opportunity for Airbnb to expand quickly, but the individual traveller was still its core customer. Both groups were important, but more effort was going into developing products and services for the rental firms (given the near-term benefit of doing so).

The downside was that less was being invested in the development of products for the firm’s individual users due to the limits of the engineering resources within the company. Recognising its mistake, Airbnb clarified its priorities and redeployed the resources. The lesson learned, however, was that more is not better when it comes to priorities.

The following year, Airbnb streamlined its objectives. It settled on four goals and a few success measures.

All four goals were summarised on a single sheet of paper—to advance those initiatives that would have the greatest impact on the long-term growth of the firm. The Sheet, as it came to be called within Airbnb, listed each of the four objectives, its target completion date, and an internal owner. Simplifying the firm’s priorities and getting them onto a single sheet was difficult. It took a team within the company five months to determine the priorities. Having 10 priorities is easier, at least initially, than having four priorities in that it doesn’t require hard choices. But pursuing 10 priorities is close to having no priorities.

The importance of focus

For startups, it is no secret that there are limitations of time, resources, and staff. Thus, there needs to be a focus on the areas which give them the highest ROI with respect to the overall growth. This makes prioritisation all the more difficult as there is an inherent risk associated with it.

As Robert explains in his book, covering all the bases and placing many bets spreads a group’s risk—or at least the appearance of risk. Focusing only on a few priorities means that those are right.

“Focus also requires that those selected priorities be executed at a high level. Otherwise, failure to do so will be evident to all. Airbnb, for instance, has recently focused on developing its mobile toolkit — viewing it as essential to drive its growth and meet its customers’ needs. Success in its mobile platform is easy to monitor, at least at a basic level in terms of users. Failure to achieve its targets in this area will be evident both within the firm and to its investors,” says Robert

However, as an organisation scales, it faces another set of challenges. The company now has resources and can also afford to pursue any number of good ideas. The problem then is that it becomes less focused and less willing to invest in its core business. This happens with highly empowering teams and ample resources.

Robert describes it as a ‘high-class’ problem that can be as challenging as not having the right number of choices. Airbnb has also learned the importance of cascading its priorities effectively.

“A great deal of effort in Airbnb goes into communicating the key priorities to its employees, including the reason each is important and how success will be measured. The intent is to make sure that people at all levels understand what is critical to the firm’s success,” explains the author.

Then each person on the team is responsible for figuring out how to best support the company-wide priorities. The firm is telling its people - “Here is what we want to achieve and why. You need to determine how you and your team can add the most value as we pursue these goals.” This approach ensures a broad understanding of what the firm must do but also keeps ownership for specific tactics and decisions at the lowest possible level.

Be part of a larger community

Airbnb aims to get people to determine how best to support the brand – which, in essence, centres around the idea of belonging.

“The company strives to provide its guests and hosts with highly personal experience of being part of a large community. It believes the people want an experience of community and connection, in contrast to staying in a more impersonal hotel. Airbnb leadership continually asks its people and teams how their work, both ongoing and proposed, helps provide the best possible Airbnb experience in one or more of these key steps,” explains Robert.

A team that is highly aligned

The managers aren’t around just for goal setting or telling teams how to operate. “Engineers at Airbnb, for instance, are engaged in the goal setting and planning of all major projects. They determine what needs to be done and how to measure success. The company then goes one step further—it gives its people the freedom to select which projects they want to work on,” explains Robert.

He adds that Airbnb engineers are encouraged to change teams if there is another project within the company that better matches their interests or skills. This practice is based on the belief that people do their best work and have the greatest impact when they are involved in projects that are of personal interest to them. This approach makes sense when one realises that Airbnb values, above all, experience—and, more specifically, enriching the experience of its customers as well as employees.