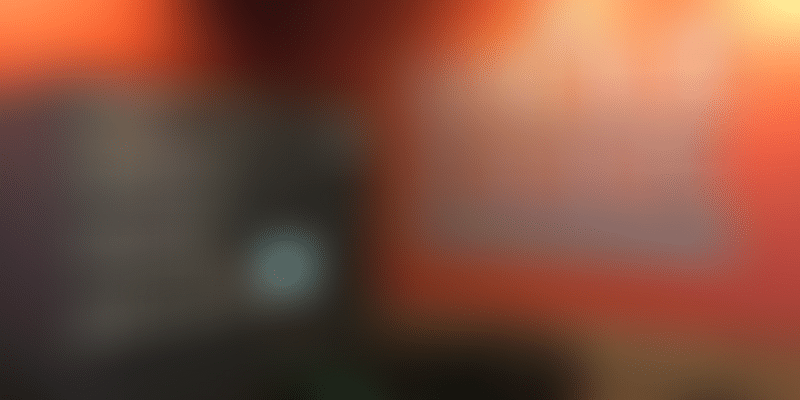 In the book ‘Extreme Teams and How to Lead Them’ by Robert Bruce Shaw, the author picks examples and explains how Whole Foods has been able to build a culture of accountability and sharing.

The culture at Whole Foods, the US-based grocery chain that was acquired by the Seattle-based ecommerce giant Amazon, has been a point of conversation. Startups have learnt the core management ethics and focused on how the company has become a great place to work.

Its organisational culture is considered a critical factor in ensuring the company’s success, and its work culture influences every aspect of the business. Robert Bruce Shaw, author of the book Extreme Teams and How to Lead Them says,

“Whole Foods strives to create a friendly environment where its team members share ownership of the success of the business and, in turn, share the benefits when the business does well.”

Here is what it does:

Every new hire becomes a member of a team within each store. And these teams are sized between 10 and 40 people, depending on their job and the size of the store. Each of these teams, in turn, runs as an independent business. They make a range of decisions like what products to offer and how they are promoted.

“The degree of autonomy that these teams have at Whole Foods is exceptional in an industry where almost everything sold in a neighbourhood grocery store is dictated by a few people sitting in a store’s central headquarters office,” said the author.

It is the store employees who are responsible for hiring new people. The job candidates are interviewed by a group of team members.

“The interviewers ask focused questions regarding the job candidate’s knowledge (“What are the advantages of locally-grown produce?”), love of food (“Describe a meal you recently ate in as much detail as possible.”), customer orientation (“Describe a time when you disappointed a customer. How did you fix it?”), and level of personal awareness (“If you don’t get this job, why would that be the case?”),” Robert writes.

In order to get a job, one must gain the approval of those on the interview panel. That again is just one hurdle.

“Each team, after working with a new hire for several months, votes as a group on who stays and who goes. It is the members of the produce team, not the team’s leader or the store manager, who decide if a new member remains on that team. A new hire is voted out if team members conclude that he or she lacks what is needed to contribute to the team’s success,” he adds.

Link success of each individual to the team

The new member vetting is a serious business at Whole Foods, as teams are awarded based on team performances in areas of sales and profit per labour hour. A monthly team bonus of thousands of extra dollars every year is rolled out to the members of a successful team.

Not only that, each team’s monthly performance results are for everyone to see.

“A produce team, for example, will see how it stacks up on key performance metrics as compared to the meat or seafood teams within its own store. Team leaders can also compare their team’s performance against other teams across a region,” explained Robert.

Thus, the new team members who underperform, reduce the bonus pay of all the members of the team. “Second, weak members can damage a team’s reputation, as each team’s results are posted within each store. Reputation is no small matter in a company where ownership of results resides with each team,” said Robert.

The new hires thus need two-thirds of their team members to vote ‘yes’ if they are to remain in the company.

“For instance, one team member was rejected after he repeatedly took an overly casual approach of working with customers (such as putting his hands in his pockets and sitting on counters). He was warned by his colleagues to change his demeanour, but he failed to realise that this feedback from his peers was important. A Whole Foods manager described the dynamic within the company’s teams: 'There are people who are really good about working when the manager is on the floor . . . but as soon as the manager disappears, they lose control. . . . I’m not the one you need to impress. It’s your fellow team members. And they will be as tough as they can be, because ultimately [the hiring decision] will be a reflection on them.’”

People are comfortable with a small group

Whole Foods believes that people by nature are social beings. And they are most comfortable when they are part of a small group. When companies think individuals, Whole Foods thinks teams.

The company thinks this influences its policies, practices, and the way people think and behave within the company and its interactions with the customers.

“From this perspective, building a company around teams is building a company based on human nature. Everyone in the company belongs to at least one team. The most basic are those working within each store. The leaders of these teams are members of the leadership group running a store. The leader of each store is also a member of a regional leadership team—and so it goes to the top of the company," Robert writes.

However, the teams aren’t just there to provide employees with a sense of community. The team believes that when designed and staffed correctly, these can contribute to the success of a business.

John Mackey, one of the firm’s founders, set out to build a company that taps into each individual’s creativity and potential:

Working in teams creates familiarity and trust. It’s deeply fulfilling for people to be part of a team where their contributions are valued and the team encourages them to be creative and make contributions. A well-designed team structure taps into the otherwise dormant sources of synergy so that the whole becomes greater than the sum of the parts.

The team culture of sharing and collaboration is not only fundamentally fulfilling, but it is also critical for creating excellence within the workplace.

Track only the essentials

As mentioned earlier, teams at Whole Foods have a great deal of autonomy to make decisions that benefit customers, team members, and the company. However, they need to follow a few SOPs. For example, voting on retaining new hires or awarding bonuses based on company measures, such as team profit per labour hour.

These practices are kept to a minimum, as less is more. Whole Foods does, however, follow through on the practices it believes are essential—including a relentless focus on tracking and rewarding team performance.

The company tracks a range of quality and service metrics. External reviews are conducted once a month to assess a store’s performance in areas ranging from the presentation of its produce to the quality of its prepared foods.

The results from these tours are reviewed with the store’s leadership group to improve the store’s operations. Whole Foods augments these monthly tours with additional surprise inspections by more senior company executives.

There are no secrets at Whole Foods. Information about its strategies and operations are available to all its employees. The firm is designed to ensure that everyone is aware of how the company is performing and, in particular, how each team is performing.

Along with team results, in-depth financial reports for each store and for the company (which at the store level includes data such as sales, product costs, wages, and profits) are publicly posted.

Whole Foods’ belief in being as transparent as possible also extends to salary information. Team members can obtain the salaries of other employees, including the CEO.

“The firm believes that creating a high-trust culture requires sharing information that is concealed in most firms—and working with people to ensure that they understand the implications. For example, team members are encouraged to talk with their supervisors if they want to understand why someone else in the company makes more money or receives a promotion. The resulting feedback helps them understand how the company makes decisions and what they need to do to achieve their own career goals,” Robert writes.