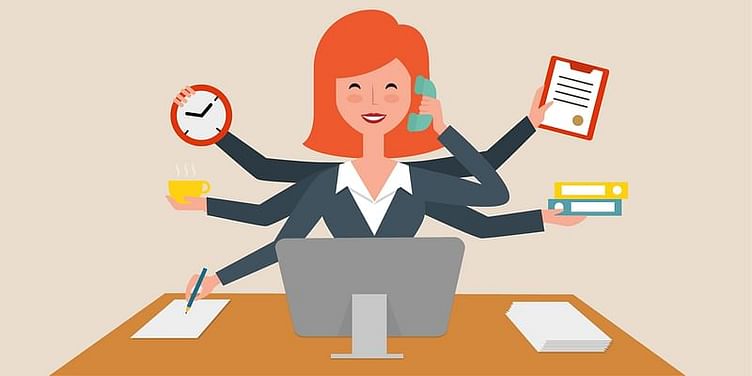 The pandemic has changed the way jobs and the workforce are looked at by companies. An HBR report explains that there is a growing need for high-skilled gig workers. But how do you make it a part of their organisational workflow?

One of the most visible impacts of the coronavirus pandemic has been on the gig economy and overall jobs. With migrant labour moving back to their hometowns and rapid digitisation induced by restrictions, several businesses have now been made redundant. However, some parts of the gig economy have witnessed a positive impact.

These platforms provide people who have college or advanced degrees access to the gig economy, which wasn’t that big earlier. Throughout their research and in-depth interviews, HBR discovered that many companies are leveraging these high-skills platforms in large numbers. This is primarily because these platforms can increase labour force flexibility, enable innovation, and accelerate time to matter.

“We were impressed, however, by the variety of engagements that companies are making with the platforms. They’re seeking help with projects that are short- and long-term, tactical and strategic, specialised and general. What’s more, 90 percent of the leaders we surveyed—C-suite and frontline—believe these platforms will be core to their ability to compete in the future,” said the HBR Report.

However, there still needs to be a cohesive organisation-wide approach to their use, but are used by operational frontline leaders who want to get things done on an urgent or ad hoc basis. The report says that to compete in the years ahead, companies must better leverage the high-skilled workforce and gig economy.

“They’ll have to acknowledge and embrace the full potential of digital talent platforms—which is to say, figure out how to engage strategically with what you might call the on-demand workforce,” explains the report.

In this uncertain environment, the gig economy for a high-skilled workforce is growing significantly. There is a growing need for flexible work options.

Citing an example, the report stated that when Amazon wanted to explore creating custom social-media content for its new TV shows, it tested the waters with Tongal, which connects companies to individuals with media know-how.

“To get the most out of talent platforms, companies need to break work down into rigorously defined components that can be easily handed over to outsiders. Managers can’t be vague,” quotes the report.

However, to fully adopt this shift, there needs to be both a digital and talent transformation. The survey respondents added that there was a need for understanding the digital skills that are needed for the future. This becomes important as the nature of work changes with the introduction and use of technology and automation, as does the company’s ability to find the skills needed for the work.

Relook at the employee value proposition

The report suggests it is important for companies to let all its employees see how they can benefit from talent platforms. Everyone needs to realise that hiring people from these platforms will help the platforms grow. But this means that full-time and gig employees need to start working together in different ways.

The HBR report said - “Full-time employees will often need to step into coach and “connector” roles—asking questions of outside colleagues, identifying discrete pieces of work for external partners, and making it possible for gig workers to tap institutional knowledge. Full-time and gig employees will also have to learn how to work productively across dispersed, often remote teams.”

This means that teams have to collaborate more with a revolving set of teammates.

Work needs to be divided

What also makes it easier is for companies to seamlessly make the gig economy as a part of their everyday work. They’ll need to break down the work into well-defined components that can be handed out to freelancers.

“Most companies haven’t focused on this, because in traditional workplaces, managers can afford to be vague when making assignments. They know that everybody on the project team will be interacting so frequently that they’ll be able to clarify goals and make course corrections over time. But when companies use talent platforms, they have to provide much more up-front definition,” explains the HBR report.

The companies need to develop a portfolio approach to skills. Needless to say, people need to relook at what capabilities they have in-house. This not only gives the employees a recognition of their know-how but also helps the management understand what skills are needed to be acquired, and who possesses what skills internally. The companies can then find a right balance when dividing work internally and externally.

An example by HBR Report said - “That’s something Royal Dutch Shell tackled after identifying an urgent need to generate new revenue through digital and services growth. Using a cloud-based platform called Opportunity Hub that it already had in place, Shell was quickly able to assess the areas where it had the talent to speed toward its strategic goals, and where it lacked the right skills. Soon, it realised that it had shortfalls in key areas such as digitisation and the internet of things—and that it didn’t have the time to find and hire the right people. To get working immediately on projects in these areas, Shell partnered with Catalant.”

But this also means that there needs to be a shift in processes like intellectual property, rules and norms on privacy and confidentiality, due diligence, finance details etc. At Unilever, in another example cited by the report, one struggle was figuring out how to pay freelancers from digital platforms. According to Adfer Muzaffar, a former Unilever senior manager for talent and learning,

“Freelancers are accustomed to immediate payment on the platforms via a credit card. But we had longer payment terms, and credit card payment was not an option. We wanted to be able to track who we paid, what we were paying for, what was the quality of work, whether the rates offered were competitive compared to our local costs. So we had to find solutions so that our internal mechanisms and processes could support this new way of working.”

“When a company decides to turn core functions over to freelance workers, permanent employees often feel threatened. They struggle to share information, raise doubts about the values and work habits of outsiders, and assume the worst. That’s what happened when NASA began using crowdsourcing platforms to generate innovative ideas: The organisation’s engineers began to worry about their job security and question their professional identities. As one employee put it, his colleagues were not used to saying, 'Hey, we have a problem and we don’t know how to solve it. Can you help?’”

The report explained that the strongest opposition thus comes from the employees who don’t have exposure to high-skilled talent platforms. The report said it is important to educate the employees about how they can benefit from an on-demand workforce.