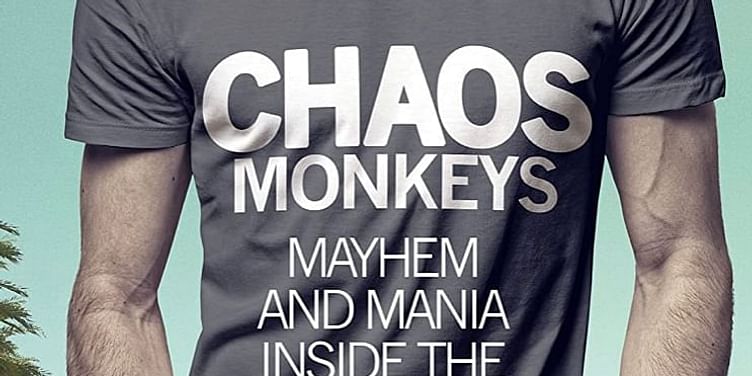 Antonio Garcia Martinez had abandoned Wall Street to start his own startup, which was acquired by Twitter. He later moved to Facebook. In his book ‘Chaos Monkeys’, Antonio talks about what happens behind the scenes in the world of startups.

Antonio Garcia Martinez’s book Chaos Monkeys far from glorifies any of the Silicon Valley giants. In fact, the book is full of the grey areas and the negatives that are apart of the startup ecosystem.

As the book quotes - “The story is just about every startup is peppered with tales such as mine. Backroom deals negotiated via phone calls to live no legal trace, betrays of investors or co-founders, duping employees so they work for essentially nothing. There are no real rules, only laws, and weakly enforced one at that. In the end, success would forgive any sins.”

He believes one of the things is that the valley lies to itself constantly and it is this very lie and mass delusion helps it succeed. While may seem different from every other book by startup entrepreneurs and founders, Chaos Monkeys nevertheless brings in core and key insights into what makes startups tick.

The power of decision

When Antonio was working on his startup with two techies, he found that the trio simply struggled to make decisions. In fact getting three people to agree on something for a critical project was simply impossible. While it is understood, that most people will have different views on a particular problem or project, this becomes costly for a startup.

“Such decisions aren’t data-driven collaborative conclusions, driving by spreadsheets and pie charts. No they’re bold, intuitive, bet-the-company moves decided by one individual, similar to a ship’s captain in a storm or a Wall Street trader in the midst of a market move. You live and die by such decisions, and they may well be wrong, but it’s more fatal to not make decisions than to make them,” says Antonio.

Such hesitations and indecisions can mean missing the bus and lost opportunity cost can sometimes be high.

Every startup founder would attest to this. For the founder the most important thing is their startup. Nothing else matters or takes precedence. As Antonio says -“Monomaniacally focuses on one thing and one thing only at the expense of everything else in life.”

Sacrifices are part of the job. In the case of Antonio, he left his girlfriend, kids and everything else was just on the line because of his startup. While it does question how far are you willing to go to achieve your goal and if there is a line to be drawn, but the passion and focus cannot be questioned.

What is important is to build clarity of thought that further sharpens the focus. As a founder it is important to focus on important things that propel the business forward. And for that it is also important to cut the chaos around your workplace.

The other important thing and theme in book is climbing the ladder. While the methods applied may be old and some not so great. But it displays drive and persistence. For example Antonio did everything he cold to set himself apart from Facebook.

The failures and struggles he faced in his own startup made him a great hire for Facebook, after Antonio’s startup got acquired by Twitter.

Through the course of describing his journey and becoming a product manager at Facebook, Antonio provides insights into the advertising world - online and offline, on what has changed and what remains the same.

While many view Antonio’s Chaos Monkeys a somewhat caricatured representation of the Silicon Valley startups, what it nevertheless does is provide insights into the workings of the tech giants that are now valued over billions of dollars.