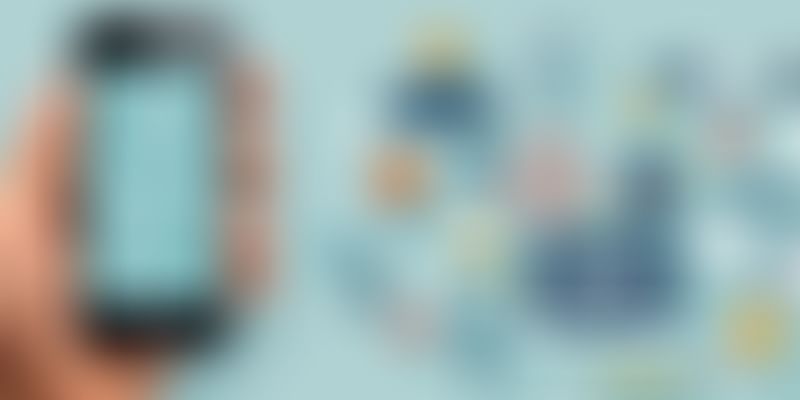 In Your Next Five Moves: Master the Art of Business Strategy, Patrick Bet-David and Greg Dinkin explain why strategising is important for startups and businesses. The book outlines the five moves that founders must make to anticipate future outcomes and take their company to the next level.

Norwegian chess prodigy Magnus Carlsen became a grandmaster at 13. The reason was because he constantly thinks 15 moves ahead.

In his book, Your Next Five Moves: Master the Art of Business Strategy, Patrick Bet-David along with Greg Dinkin writes, “In doing so, he has the uncanny ability to predict (and control), what his opponents will do. I was also impressed by his meticulous preparation.

"Because Carlsen has played the game in his mind so many times before it actually happens, he is unflappable in the heat of battle. Plus, he has to deal with something founders and CEOs face all the time. If you want to get to the top, there’s always the risk that it will isolate you from other people.”

Drawing a comparison between successful entrepreneurs and chess grandmasters, he says both have the vision to look at the pieces in front of them and anticipate their next five moves.

This skill can be translated into a valuable methodology that applies to high performers at all levels of business to take their work to the next level.

How can you plan your five moves?

Emphasising the importance of strategy, Patrick gives the example of Tesla and SpaceX Founder Elon Musk. He says most people don’t think more than one or two moves ahead; these amateurs “flame out quickly in business”.

“Effective strategy is about making a move and being prepared to launch another series of moves based on how the market or your competition reacts. You must think beyond your first strike.”

Patrick explains that people who don’t think more than one move are generally driven by emotion, ego, and fear. Most business decisions have one easier choice, and the other that makes you think five moves ahead, which makes the latter a more effective choice. Why five moves? Because that’s the sweet spot of thoughtful strategy and swift action.

“Five moves are enough to make sure you are anticipating future outcomes and seeing moves and counter moves,” Patrick says.

The five moves are: Master knowing yourself, master the ability to reason, master building the right team, master strategy to scale, and master power plays.

This move is rarely spoken about in business circles. But, thinking ahead is impossible without self-awareness.

“With self-awareness, you gain the power of choice and control over your actions. Above all, with the knowledge of who you want to be, you will know which direction to take as well as why it matters,” Patrick says. He adds that nothing matters unless you understand what makes you tick and who you want to be. For that, it is important to answer questions to reveal your deepest desire.

The purpose of this is to identify what matters to you the most and put together a strategy that fits your level of commitment and vision.

Master the ability to reason

No decision is black and white. It is important to see all the shades of grey and move forward decisively despite the uncertainty. Quoting Roman emperor Marcus Aurelius, Patrick writes: “You have control over your mind - not outside events. Realise this, and you will find strength.”

There is not a single day in business that you don’t have to take decisions or that are issue-free. “A pandemic causes the market to crash 30 percent in a single month. A bigger competitor is bullying you and trying to put you out of business. Your kid gets into a fight at school. The issues never stop.”

It therefore is important to know how to process issues.

“Life is always happening; the way you respond is based on how you process issues. Most entrepreneurs don’t fail because of a flawed business model or an investor who backs out. They fail because they refuse to abandon their preconceived notions about work and life. They refuse to solve (and learn) from any and all kinds of problems as they arise.”

Any business needs a strong team to grow and thrive. For that, it is essential to understand others.

“Building trust in employees and partners creates profitable alliances, speeds up all parts of your business, and helps you sleep at night.”

Patrick says staying successful is about working well with other people such as clients, customers, investors, vendors, partners, and employees. Thinking five moves ahead will prevent you from letting your ego tell you that you can do it all alone.

No matter what stage of business you are in, it is important to plan for capitalising it. “When you’re starting out, will you borrow from family? Should you find an angel investor and give up equity? Once you start crushing it, should you look to exit or will you leverage your success to raise funds and grow even faster?”

Everyone in business has a Goliath, and it isn’t always the biggest company in your industry. Your Goliath could be a company that is taking up market share in a particular region, or it could be more localised, such as another salesperson in your own sales department with more experience and bigger lucrative accounts.

“Before you go up against Goliath, you need to know that Goliath is bigger than you are and has more capital, experience, and resources than you do.”

But Goliaths tend to get softer the more they win and eventually stop working as hard as they once did. They tend to lose touch with the most current methods of marketing. They aren’t nimble, they have too much to lose than take risks.

So, always keep that in mind as you plan your power plays.