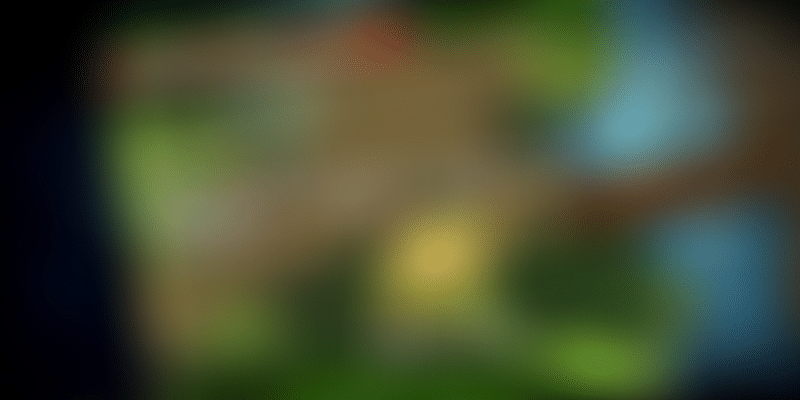 Tekie burst into public consciousness in October after its co-founder Naman Mukund alleged that a “senior employee” from a rival coding startup was impersonating a Class 6 student on its platform to be able to attend a live class.

Tekie said the employee was “illegally recording” content off its platform, and also called out the “unethical” practice. WhiteHat Jr — the startup in question — denied the allegations almost immediately. But, the buzz around Tekie stayed.

Founded in 2017 by Naman and Anand Verma, the coding platform for kids went live in July 2020 after three years of product and content development.

Unlike most coding startups that focus on block-based programming where students drag-and-drop functions to form a sequence of commands, Tekie teaches text-based programming that requires writing actual coding language syntax.

“That is the real deal. Drag-and-drop gives you a feel of coding, but is not actual coding,” says the founder.

Origins and what Tekie solves

Naman, an IIT-D alumnus, was exposed to coding “at a very early age” and that is what inspired him to build something around it.

“We wanted to solve the gap in text-based coding for Class 11-12 students. The original idea was to be a B2B platform that could integrate with the school curriculum. But we iterated a lot on the product front.”

Gurugram-based Tekie finally went live in the middle of the pandemic as the buzz around edtech continued to soar. Soon after, the Indian government’s National Education Policy 2020 came as a cherry on the cake for the startup.

The new educational reforms mandated schools to initiate coding classes for students from Class 6 onwards to build analytical thinking at a young age. Suddenly, coding became the buzzword and the hottest segment in edtech.

Naman says, “Coding is an enabler for kids to excel in various verticals. Once the base is set, they can design apps, build websites, AR/VR products and many other things.”

Tekie marries learning with storytelling to take the boredom out of education.

It launched a 45-episode animated series on Python programming targeted at kids aged 12 and above. The educational series combines abstract sci-fi problems and real-world concepts to teach the basics of programming.

The founder elaborates, “We came up with the idea of animation because that helps bring imagination to reality. We wanted to show the kids technology which could be experienced. We also wanted to make learning interesting and engaging. So, coding becomes something like solving a puzzle.”

Tekie has roped in over 35 mentors or educators, mostly engineering grads or coding experts. The lessons are priced depending on the live class model ( 1:1 or 1:2 or 1:3) opted for by the student. It becomes a 1:40 bulk class model for schools.

The startup also claims an impressive net promoter score (NPS) of 87 percent. (NPS is a way of measuring the loyalty levels that exist between the producer and consumer of content. It is a commonly used benchmark in online learning.)

Naman believes Tekie’s high NPS score is the result of its quality content, responsible approach, and not setting “unrealistic expectations” for parents.

“We don’t project coding the way some of our peers are. We don’t promise that a kid will build an app in a week. That is just marketing gimmick. All we’re saying is coding will help a child build next-gen skills to survive and earn.”

Growth so far and future plans

In less than four months, Tekie has on-boarded 100 paying customers. It has also partnered with a 600-student school, with some more B2B partnerships in the pipeline.

The startup plans to enroll 10,000 students and launch three new courses in six months. Tekie is also seeing demand from markets like Afghanistan and Dubai.

“Our goal is to become a one-stop solution around coding. We already have the advantage of being text-based,” Naman states.

In India, the online coding for kids market is estimated to be about $14 billion, with the potential to expand rapidly.

Tekie is adopting both B2C and B2B2C approaches to capture this burgeoning space. However, it is also telling parents to “come back” if their child is not receptive to coding at present.

Naman shares, “We check the kid’s appetite after five sessions. If we see they are not enjoying it, we tell the parents to come back in two years.  Education is a sensitive subject. And we’re not in favour of the FOMO around coding.”

Tekie continues to be bootstrapped and may raise funds when it starts scaling up. Until then, it is all about exposing kids to a new language in a fun way.