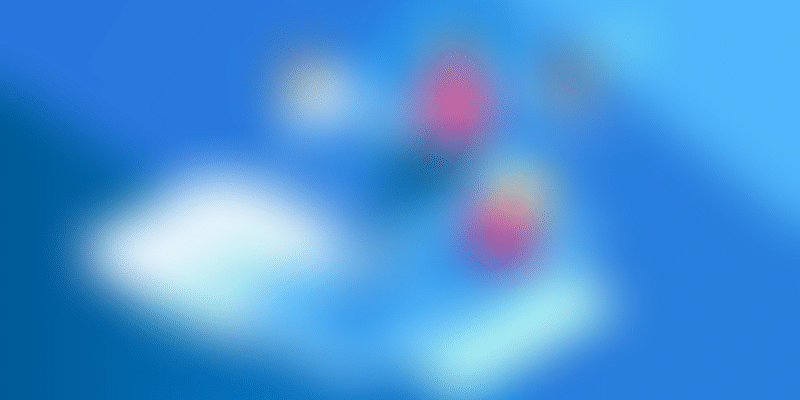 Edtech has been one of the biggest beneficiaries of the pandemic, and has grown at a breakneck speed in 2020. Some key trends have emerged that are likely to define the future of the sector.

In business and finance, the proverbial 'hockey stick curve' is used to describe sudden dramatic activity — in sales, profits, EBIDTA, etc. — after a relatively flat period.

The edtech sector globally hit the hockey stick curve in the pandemic. COVID-19 has served as an inflexion point for Indian edtech startups too. In fact, the industry reckons that the pandemic has been to edtech what demonetisation was to fintech in 2016.

In H1 2020, edtech was India’s second-most funded sector after fintech and financial services, according to YourStory Research.

Over $714 million in funding was raised by edtech startups across 46 deals compared to just $158 million across 20 deals in H1 2019. The 4.5X growth over the year-ago period was a result of rising demand for e-learning and online education triggered by the pandemic-induced lockdowns.

Top deals in the sector included ﻿BYJU'S﻿ raising $200 million from Tiger Global, followed by another $200 million fund infusion from General Atlantic, and a $100 million investment by Mary Meeker’s BOND Capital ⁠— its first investment in India.

It pegged the startup’s valuation at $510 million, lending it the ‘soonicorn’ status.

﻿Vedantu﻿ raised a Series C round in three tranches: $24 million from GGV Capital, followed by $12.56 million from Legend Capital and Omidyar's Ohana Holding; and $6.8 million from KB Global.

Vedantu also invested $2 million in a Pre-Series A round in Instasolv.

As per YourStory Research, edtech startups accounted for 17.2 percent of all VC investments in H1 2020.

Key trends in the sector

Edtech activity in H1 2020 has also thrown up some key trends that are likely to define the sector in the short-to-medium-term.

Online learning is gaining ground beyond India’s top 10 cities, which were the quintessential early adopters. Not just in terms of user growth, but this trend is reflecting in VC investments too, with edtech startups from non-metro locations like Bhopal, Kochi, Surat, Chandigarh, and Ahmedabad, securing funding in H1 2020.

To make the most of this widening demographic spread, market leader BYJU’S has announced that it would spend the next few months developing learning modules in regional languages. The startup already counts 65 percent of its users from non-metro cities.

Also, to build brand awareness among users, startups are spending more on marketing activities. There has been a 128 percent growth in digital ad spends by edtech apps during the lockdown, as per a BARC-Nielsen report.

H1 2020 has been one of the busiest periods when it comes to M&A activity in edtech. As competition intensifies and user demand peaks, several smaller startups are getting acquired by the bigger players — a trend expected to continue in H2 2020 as well.

As several years of growth and innovation shrink due to the pandemic-led thirst for online learning, startups are increasingly tilting towards ‘buy’ in the perennial build-versus-buy debate.

Even BYJU’S is reportedly in talks with WhiteHat Jr for a $300 million acquisition. Both startups count Silicon Valley-based Owl Ventures, an education-focused investment firm, and China’s Tencent Holdings as common investors.

BYJU’S is also said to be in late-stage talks with Sequoia Surge startup Doubtnut for a $125-million acquisition.

Skilling platform ﻿upGrad﻿ has also announced that it has earmarked Rs 50 crore to acquire two to three edtech firms in the current fiscal.

Edtech might be one of the few sectors that is creating jobs through the pandemic. Startups in the sector are compelled to fill up new roles to manage the current surge. BYJU’S is looking to hire 4,000 people in the next six months in business development, content, and tech roles.

Other edtech startups, which have job openings, include Unacademy, ﻿Toppr﻿, ﻿Gradeup﻿, ﻿Simplilearn﻿, ﻿CueMath﻿, and ﻿Great Learning﻿.

As soon as India went into a lockdown, several e-learning platforms, including BYJU’S, Vedantu, Unacademy, Toppr, and others, rolled out ‘live classes’ which replicates the periodic curriculum of schools, and ensures that students learn without any disruption.

Most startups, in fact, made these live classes a free, synchronous offering to complement the on-demand, pre-recorded content, which is a part of the subscription packages. Live classes are open to all and have been instrumental in pushing user growth across the sector.

BYJU’S believes that the innovations edtech has seen during the pandemic aren’t short-term. “Some things will stay on the other side of the crisis too. We are likely to see a blended format of learning, which combines the best of both worlds — online and offline,” Founder and CEO Byju Raveendran told YourStory recently.

With daily life slowing down significantly in the pandemic, several people now have more hours than they can kill. Many of them are investing that time in upskilling themselves through online courses.

There’s been a significant uptick in free courses on top skilling platforms like ﻿Udemy﻿, Coursera, upGrad, and others. ‘Online free courses’ is the top-searched term on skilling sites, according to SimilarWeb (website data tracker).

Outlook for the sector

VC investment in edtech is expected to remain robust in the long-term.

Global edtech expenditure is projected to grow more than 12 percent CAGR to touch $342 billion by 2025, according to Barclays Research.

Much of this growth will be driven by Asia, where a broader socio-economic need stands to intersect rapid innovation in teaching and learning methods.

In a report titled Education Technology: Out with the Old School, Barclays stated,

“The unprecedented events have put education technology in the spotlight like never before. Educational institutions have closed in 107 countries, affecting more than 860 million students and counting. The edtech sector has leapt to a prominent position, making it of particular interest to investors as it reshapes how we learn in real time. We expect to see governments around the world taking a more favourable view of online learning as a result of the disruption to standard education delivery caused by the COVID-19 pandemic.”

Further, UNESCO estimates that improved access to quality education can increase a country’s GDP per capita by 23 percent in the next 40 years. It will also help power — what is being dubbed as — the “fourth industrial revolution” across the globe.

India, with its enormously large young population, is only getting started.

To sum up in the words of Unacademy Co-founder and CEO Gaurav Munjal, "The biggest consumer internet company in India will not be an ecommerce company, but an education company.”