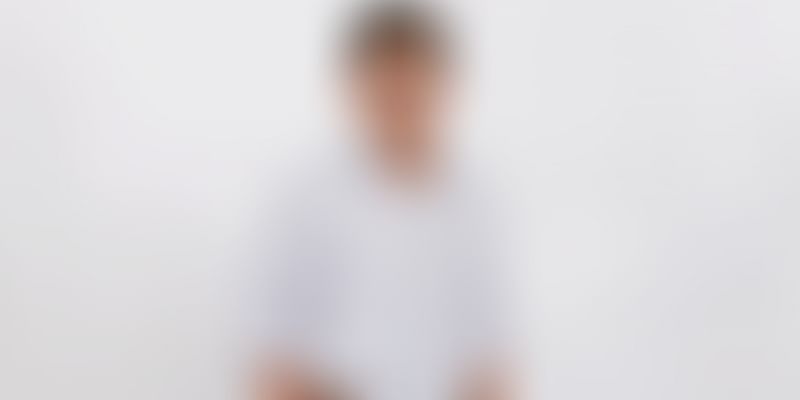 Alok Goyal, Partner of Stellaris Venture Partners, one of the most well-known early stage VC firms in Bengaluru, believes that he has the best job in the world as an early stage investor.

Established in 2016, Stellaris Venture Partners is the brainchild of Rahul Chowdhri, Ritesh Banglani, and Alok Goyal, who have over two decades of experience in the Indian startup ecosystem and venture capital universe. While working at Helion Advisors, the trio invested in firms like TaxiForSure, BigBasket, and Simplilearn.

Prior to founding Stellaris Venture Partners along with Rahul and Ritesh, Alok worked in the Bay Area for SAP and many other companies. An IIT Delhi computer science graduate, Alok has a Master’s in computer science from the University of Texas and an MBA from INSEAD. Stellaris has invested in Mfine, Loadshare, Whatfix, and Noticeboard to name a few.

YourStory (YS): How can founders approach investors, and who in the team is the best person to talk to?

Alok Goyal (AG): The founder needs to find a warm connect with the investor. In general, in our business, cold emails are not the best way to grab an investor’s attention. We see close to 2500 deals in a year, there is a lot of noise always so unless someone puts in a good word, it is hard to get noticed. Getting an introduction through someone helps.

Also, in some ways, if a founder is unable to find a connect, it doesn’t reflect well on them. Primarily because we expect them to be resourceful. The intent is to get to someone in the investment team - analysts, VP or partners, titles do not matter. If there is interest, they will make sure that there is a second call. Everyone is in the team for a purpose. And everyone has only one purpose - to get to the best entrepreneurs. We know it is a competitive market.

YS: What are some hygiene factors that founders need to keep in mind while approaching or pitching to an investor?

AG: Given that you are going to discuss something that is unique and bleeding edge, it is always good to send something in advance. Ultimately, you will have 45 minutes to one hour, and you need to make sure that both sides have a chance to put their best foot forward. It is best if people come in prepared. By sending something in advance, you ensure that people have oriented themselves, thought through some questions, and the meetings are a lot more productive.

While many founders are worried about IP and confidentiality, the reality is that there are very few who are sending something like un-patented formula for a new blockbuster drug, which someone can copy. Ultimately, it is about the team and execution. One doesn’t need to send in too many detailed numbers, a basic idea will help.

Also, many professionals worry that a PowerPoint cannot be understood, but I believe it to be a function of communication. I think everything can be explained on slides with the right effort. Besides, the details you send the investors should have been cross checked multiple times.

If a PowerPoint presentation has not elicited sufficient interest, it is not because of a lack of understanding, but because they probably don't have a positive thesis.

Investors must be comfortable with lack of control over the money they invest: Alok Goyal of Stellaris Venture Partners

YS: What are the core factors that a founder needs to keep in mind while pitching?

AG: Avoid overloading your first pitch meeting with too much information. There are four things you simply need to focus on -

YS: What is the right size of a pitch deck and how much information should be on it?

AG: Founders would have spent a lot of time and detail on their company. They are aware of several nuances but that doesn’t mean you put in all of those nuances. Sometimes, when you communicate too much, you end up communicating nothing. Too much information just confuses the audience. While you can be prepared with backups, just don’t present everything.

Be prepared to say “I don’t know” in the meeting. The reality is that in the early stages there will be several unanswered questions and details, and it is important for the founders to admit that they don’t know everything.

For example, pricing strategy is one thing that can keep changing, it is okay to say you have a certain hypothesis in place, but don’t know the complete answer. People are trying to understand the space and the market, and it is okay if you don’t know. This also depends on what stage your business is at.

YS: What do you look for in a founder and the founding team?

AG: We believe that while the whole founding team matters, by and large the CEO of the team matters the most. And this is true for all stages. The CEO’s role matters a lot, their judgement, how they react in different situations, level of perseverance, and the ability to lead a team matter. The success of the company is tied to the quality of the CEO more than anything else.

Also, while there are patterns that can define a great founder and team, we also believe that great people define new patterns. Entrepreneurs by definition are successful because they’re outliers, not because they can be put into a box.

Our job as investors is also not to try and fit entrepreneurs into a template but to figure out where is the spark. There is no perfect person, everyone has their own strengths and weaknesses, and sometimes the strengths can double up as weaknesses as well. The question is, do they have one or two qualities that can make up for all the so-called weaknesses.

YS: If you were to nevertheless qualify the characteristics what would they be?

AG: One thing we look at is leadership potential. And this is about people leadership. Are they people with empathy? Do they have a strong EQ, and can they rally a team around them? Do they have good eye for talent? Do they give space to people to become leaders themselves? We also look for people who are iterative and agile learners.

When you are building a new business, you don’t even know what problems you are going to face. People who are curious to learn, think in small experimentations and are able to draw insights from situations. They are aware of strengths and weaknesses.

There are also strategic thinkers. These are people with strong business sense, they are able to argue three levels down, and able to create a big picture and see several years ahead. But they are also able to think about Monday morning tasks along with the big picture. They are able to straddle the spectrum.

Sales capability is another important factor. And this isn’t just about the product, but you need to be able to sell your story. People who are good storytellers, articulate, and show confidence. Especially in a consumer facing business, they will need a lot more capital, and your ability to sell your company to potential investors is important.

We also look for hustle and growth rate, these people don’t settle for less, they set high standards, and are fundamentally pushing the bar every time. They are always thinking of growth. They are actually demanding, and can be difficult to work with, but they are not okay with anything slow paced.

Customer focus - people can win in markets where others don’t just by listening to customers, and do whatever it takes to make a customer happy. They need to be fundamentally smart, and have a strong tech orientation, and core ethics and integrity are important.

YS: What are the things that founders should avoid in a pitch?

AG: I believe pitching isn’t just about the founder, it is also about the investor. Just because a founder isn’t able to make a great pitch, doesn’t mean it can’t be a great company. It is not everybody’s skill to give a great pitch. As much as the founders need to keep pointers in mind, we investors too need to go beyond the facade. We need to look at potential, and if we find something, we need to go after it.

Founders just need to be intellectually honest and be authentic. And if you demonstrate the passion, people will come back to you.