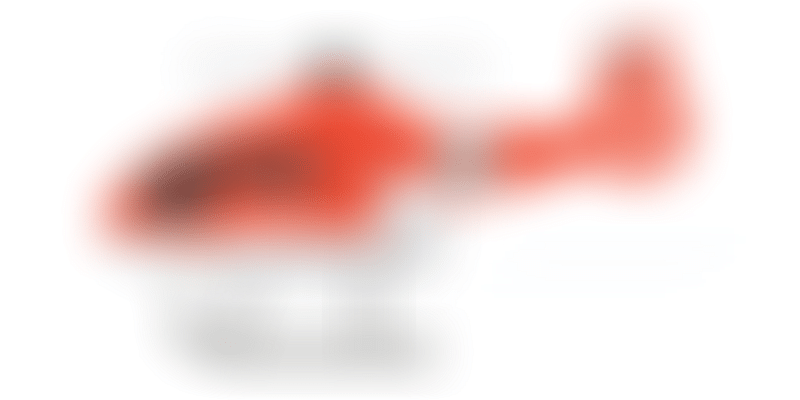 Advances in communication and GPS technology are powering the air ambulance industry and their presence is being felt especially in situations where patients are critical and time is of essence.

The global air ambulance industry is estimated to reach USD 9 billion by the year 2026 due to an increasing urban population and R&D investment in advanced passenger drones. The industry is widely popular because of well-equipped and innovative patient transfer services that are collectively supported by public establishments, private hospitals, and independent service providers.

India’s public healthcare setup has in the most recent decade expanded its interest into pre-treatment patient transportation services with over 20,000 ambulances being allocated in more than 30 states/UTs under the National Health Mission.

The private healthcare sector, which too was not far behind, has likewise expanded its interest in ambulance administrations. This extraordinary step in the public healthcare arrangement of the nation was reinforced with the responsibility of securing quality ambulances services at affordable costs -- a task that may seem to be easier said than done since it is a direct result of the operational and administrative policies.

In metro cities where road ambulances take considerable time to reach, air ambulances seem to be more valuable. At the point when the patient experiences a chronic attack and there is no appropriate facility in the vicinity, they can be airlifted rapidly to the hospital to have the most ideal treatment with the help of air ambulance services.

Besides, there are times when patients are in such unfavourable conditions that they cannot tolerate long and cumbersome road journeys to the hospitals. There are cases where patients often die before they even reach the hospital. Air ambulances make this transition super-quick and more suitable.

Patients suffering from fatalities, for example, injury or respiratory failures often lose the fight for life in the first 60 minutes of their medical assistance need. This short timeframe is often called the ‘Golden Hour'. The air ambulances assist patients with getting the most ideal treatment within this golden hour, thereby saving lives.

[Startup Bharat] With an initial investment of Rs 4 lakh, Manipur's Medilane is Northeast's Uber for ambulances

As innovation propels, so do medical crisis management, adjusting to a new turn of events and using them to improve their nature of patient care. Achievements in communication and GPS tracking devices are helping save lives while other developments, for example, power-saving gadgets are helping medical care suppliers diminish the amount of time their vehicles spend while away.

Air ambulances are progressively getting popular in India, particularly in parts of the nation that need a network of emergency clinics in large urban communities. Today, a considerable number of hospital chains in India have their air ambulance network.

Interest in air ambulances is also observed in Tier-II and Tier-III cities. The demand is high to the point that it has drawn numerous global organisations to the nation to supply air ambulance services here. While there is utmost consensus among those associated with the healthcare industry that India needs more air ambulance benefits, the truth of the matter is these services are still particularly in their nascent stage in India.

While there may be numerous benefits of promoting and investing in the air ambulance industry in India, there are also many challenges. For example, government strategies, framework, payment structure, and insurance cover which must be dealt with for smooth working of air ambulances.

Presently, not many aircraft transporters are prepared for air ambulance services; the general expense for the administration isn't reasonable to the overall network.

There are other concerns identified such as air traffic management which the administration needs to resolve before realising the dream of a fully functional air ambulance service.

However, with the correct infrastructure and government regulations, the industry can grow exponentially and be in a position to handle emergencies.