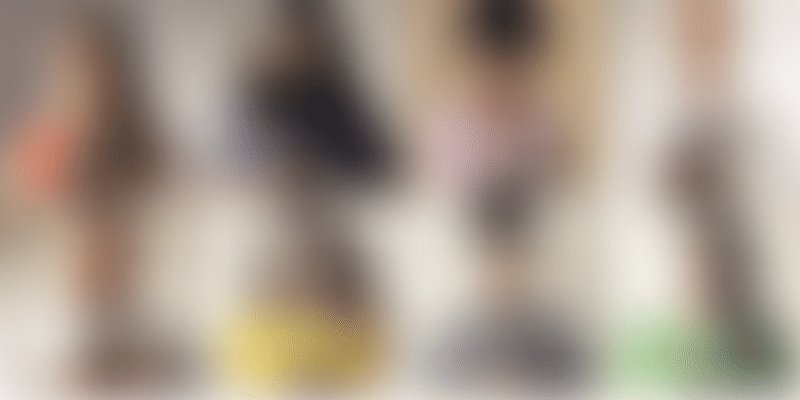 Navkendar Singh, Research Director (Client Devices and IPDS) at IDC India, said the healthy growth in smartphone shipment in the September quarter is expected to continue through October and early November during the festive months.

India's smartphone market grew 17 percent with record shipments of 54.3 million units in the September quarter, even as markets like China and the US witnessed a year-on-year decline during the same period, research firm IDC said on Friday.

However, the India smartphone market is expected to see a low single-digit year-on-year decline after several years of annual growth, impacted by the challenging first half of the year, it said.

"India was the only smartphone market in the top three to witness growth as both China and the US markets declined year-over-year (y-o-y) in Q3 2020 (July-September 2020). A record 54.3 million units were shipped during the quarter with 17 percent y-o-y growth in the crucial third quarter of the year," IDC said.

Navkendar Singh, Research Director (Client Devices and IPDS) at IDC India, said the healthy growth in smartphone shipment in the September quarter is expected to continue through October and early November during the festive months.

"However, the double-digit growth anticipated for H2 2020 may not be able to make up for the challenging first half of the year. IDC expects to exit 2020 with a low single-digit y-o-y decline after several years of annual growth," he added.

Singh noted that all indicators are pointing towards the supply constraints fully easing out not before early 2021, along with demand normalising as economic recovery starts.

"The mobile phone ecosystem also must address the migration inertia of the huge 2G installed base to smartphones. This is imperative to see organic growth for the market in the next three to five years," he added.

E-tailers led the online channel share, reaching an all-time high of 48 percent. Cautious consumers preferred online purchases as they were driven by promotions and sale events on e-tailers' platforms.

Offline channels registered a moderate 11 percent y-o-y growth after a challenging first half of the year, and new launches had severe supply constraints in offline channels.

IDC expects growth to continue for the online channel, driven by more affordability initiatives and pricing aggression in comparison to offline channels during the festive months, even as supply starts to normalise for the offline channels.

Though the 5G network will only be launch by 2021-end, the "devices go first" strategy led to a million units of 5G smartphone shipments in the September quarter, it added.

IDC expects a gradual uptake of 5G devices in 2021, expanding into the mid-range segment, as the ASP gap between 4G and 5G offerings narrows.

ASPs (average selling price) declined by two percent y-o-y at $156, with 84 percent of shipment in the sub-$200 or Rs 15,000 range, driven by e-learning requirements since smartphones remain the only device for internet access for most households in India, IDC said.

The mid-range segment ($200-500 or Rs 15,000-37,000) declined y-o-y as consumers held back on upgrading to a more expensive smartphone due to economic uncertainties. The premium segment (above $500 or above Rs 37,000) witnessed a strong growth of 91 percent y-o-y with Apple, Samsung, and OnePlus continuing to be the top three players.

"IDC expects the low-end and mid-range segment to continue being the volume driver. As consumer sentiment improves in the next few quarters, upgrades and affordable 5G offerings in the $200-500 segment is expected to drive growth," Upasana Joshi, Associate Research Manager (Client Devices) at IDC India, said.