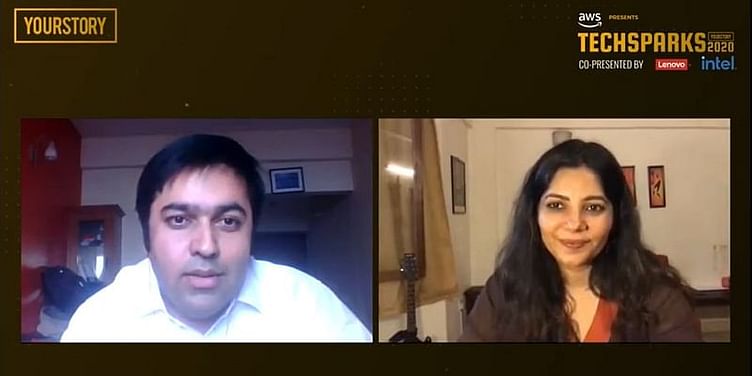 In a conversation with Shradha Sharma, Founder and CEO of YourStory Media at TechSparks 2020, Shailesh Jha, Senior Manager - Sun Group spoke about going beyond making India self-reliant and paying heed to create alternatives to reduce dependency on countries like China.

“In our entire Indian startup ecosystem, we have not paid attention to hardware. We need to invest a lot in capturing what will be the foundation of the next generation,” said Shailesh Jha, Senior Manager, Sun Group referring to rare earth elements as ‘hardware’.

Shailesh was speaking in a session with YourStory’s Founder and CEO Shradha Sharma at TechSparks 2020 in a ‘rare’ conversation around ‘rare earth elements’, which is one of a set of seventeen chemical elements in the periodic table–specifically the fifteen lanthanides–as well as scandium and yttrium.

To make it simple for the thousands of TechSparks viewers to understand, Shailesh highlighted that all the modern electronic device that we use on a daily basis–smartphones, tablets, laptops etc–have one or more components from the set of rare earth elements, and their production is unfortunately not as per the demand.

He also reminded that production of rare elements has been dominated by countries such as China, and it is time for India to up its game in the segment as we walk towards the vision of Digital India. Shailesh even dubbed Digital India as an industrial revolution for rare earth, “as these elements will be as essential as oil and gas were a 100 years ago, and bronze and iron in the medieval times,” he said.

"It is the first building block of any kind of electrical supply chain. When we move to 5G world, whatever industrial revolution we are going to see in future, will be coming from rare earth," added Shailesh.

Interestingly, Shailesh highlighted that India was the first country in Asia to realise the potential of rare earth elements back in 1950 and started extracting rare minerals through the establishment of the Indian Rare Earth Limited (IREL), which later became the Department of Atomic Energy (DAE) of India. However, despite having an early mover’s advantage, India could not capitalise on its strength, and its production volume kept on falling. Shailesh told that as of today, India has about 6 percent of the total global reserves, which is not just abundant but is a significant amount. And, this is the reason why the ecosystem needs to now focus on finding alternatives, which will also reduce dependency on countries like China which dominates the production of these elements.

Speaking about India’s dream of becoming self-reliant, in-line with Prime Minister Narendra Modi’s clarion call for an Aatmanirbhar Bharat, Shailesh stressed upon processes like upstreaming, and how an investment in that segment can bring India to the forefront of the next industrial revolution.

“The conversation around technology has shifted on digital, connectivity, and customer-focused innovation. We have to realise that science-focused innovation or scientific frontier innovation is as important, and we need famous VCs to also look at it,” said Shailesh.