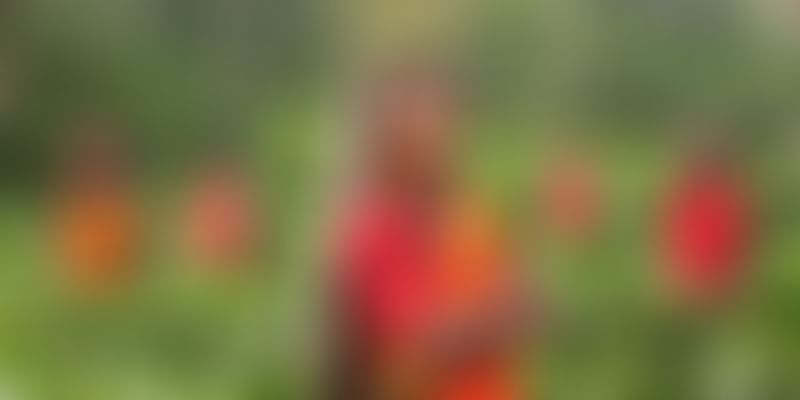 Speakers at TechSparks 2020 outlined what being a self-sufficient India that creates world-class products entails. Here’s a distillation of that long list.

From founders who have built mammoth unicorn companies and cutting-edge products, to a cross-section of the ecosystem that enabled them to build those empires – investors, policymakers, leading technologists, data scientists, etc, speakers at YourStory’s flagship event TechSparks 2020 ran the gamut.

The summit focussed on the ground realities to understand how the COVID-19 pandemic has changed the order of things – and took a bird’s eye view of the ecosystem as a whole, which has been churning out world-class products, one after the other.

Over some hundred virtual sessions last week, we learned that India is at a crucial juncture in its startup journey. Indian innovators started off with building for people who had disposable incomes, moved to creating products for people in lower-tier cities and solving for rural India, and are now moving even deeper into the country, but with an acute focus on moving beyond the country’s geographical boundaries.

The goal of becoming an ‘Aatmanirbhar Bharat’, but building for the world had been the overarching theme of TechSparks 2020 – and our hundreds of speakers helped us chart out some ways to achieve that. Here’s a quick rundown:

Nithin said the best time to start a business in India is now, and founders who can help get rid of very basic problems using sustainable, lasting solutions enabled by tech can help create jobs, and thereby, put India on the map as an innovation leader.

“The real way for India to become a global superpower is with more entrepreneurs who create more employment,” he said.

Bhavish said that with Ola, his focus from day one was to build a strong tech company which could compete in the global arena, especially since tech is not very different around the world. But the thing that gave Ola an edge has been the organisation’s culture, which has been steeped in Indian ethos.

“Vasudev Kutumbakam is our ethos. That is what is different in India from Chinese or Western culture. If we can build that ethos into our organisations and businesses, we can let the world see India for its greatness, then,” he said.

He also stressed the importance of being able to solve for India first because “a company that builds for India can build for the world.”

Pankaj said that the Indian startup ecosystem is following the trajectory of China and the US when it comes to building products and services for the rest of the world – we’re now in a second phase where startups are trying to solve problems very endemic to India, but soon, those goals and geographical boundaries will expand.

“With more and more success stories coming out of India, we will reach out to foreign markets. We are moving in the right direction,” he said.

Solving the monetisation problem is a focus for startups right now – and getting it right in India would make it infinitely easier for startups to expand into and tackle the global markets.

“Bharat is a great story, so international users will adopt (Indian products and services). The problem in India is that disposable income in lower-tier Bharat is dramatically lower than in top metros – so solving monetisation is crucial.”

China is gone, and India must fill the vacuum - Sanjay Mehta, Founder and Partner at 100X.VC

With the US at loggerheads with China, and other international governments increasing oversight on Chinese apps, software, hardware, and other products, India has a good chance to step in and fill the vacuum, said Sanjay.

Existing and quality Indian startup products can very easily supplement Chinese products that have been banned in international markets, or even being looked at with suspicion – and India must make the most of the opportunity.

“Global investors today are flocking in India, and with China not being there anymore (or having the reach it once used to), India can leverage this opportunity,” he said.

Sitharaman says that the government’s intention behind the ‘Aatmanirbhar Bharat’ movement was not to close the country down to imports, but to promulgate the idea of looking inwards for things that businesses and consumers need, and buy more from India than international markets.

“Whilst India has to strive to become part of the global value chain, equally we can’t allow the strengths India to be eroded,” she said, speaking at TechSparks 2020, adding, “India produces some of the best quality of components – built by small and medium businesses that are big contributors to the GDP.”

Sitharaman also emphasised the importance of having these small businesses around because they help create jobs for hundreds and thousands of people in the country.

“The idea of Aatmanirbhar is to recognise that the Indian economy is dependent a lot on MSMEs and private enterprises, in comparison to large corporates. MSMEs bring in value-addition in newer areas,” she said.

“If we are neglecting local manufacturers, it defeats the very argument of building upon India’s strength,” FM Sitharaman said. Local supply chains should be used by businesses building today in greater numbers because, in turn, that helps create employment for more and more people that help optimise those supply chains.

India buying and selling to itself also creates a sure, self-sufficient market where everyone benefits.

India can become ‘aatmanirbhar’ by not only producing locally, but by also becoming a definitive market for itself, she said.

Build from the ground up and take tech to the villages, not the other way around - Sridhar Vembu, Co-founder and CEO of Zoho

Building SaaS company Zoho from a village in India taught Sridhar Vembu the importance of empowering engineers in the country’s rural districts, and he believes that instead of taking people out of their homes to the cities, technology should be brought to the villages.

“The biggest mistake, over generations, has been the abandonment of traditions to take on large cycles of debt to live in cities. Now, by living close to their towns, they can get back to farming, serve their temples, mosques, and churches, and continue their regular work. Their children can be homeschooled..," Sridhar had earlier said in a conversation with YourStory.

"Transnational localism" is Sridhar's underlying philosophy for everyone building at Zoho. It refers to a global mindset that is rooted in tradition and local culture, and that is how he plans to not only build products that the world can adopt, but also define the 'future of work' across the world.

"If you go to Chennai, Mumbai, or Pune, you'll realise that majority of the talent pool in metros does not come from there; it comes from small towns and rural areas. Japan, South Korea, and China have all already capitalised on this untapped talent pool," he said.

Zoho recently won the Aatmanirbhar Bharat App Innovation Challenge, and bagged the first place in the business and office category.