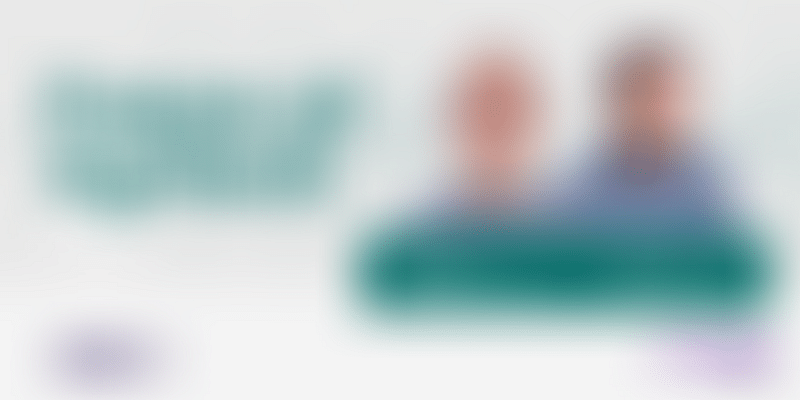 Mark Kahn, Managing Partner of Omnivore, talks to Prashanth Prakash, Partner at Accel, about the evolution of agritech in India and what lies ahead.

Taking cues from a top-down structural approach, the agritech industry has many layers to it.

On top of them, however, like every other major industry, financial services is also a critical part of agritech. However, it is largely unorganised and has plenty of room for disruption. Most farmers in the country do not have access to credit-based lending facilities and startups like Samunnati are attempting to fill that gap.

He talks about the major market segments agritech is segregated into, the factors that are fueling the growth of the industry, and how COVID-19 has contributed to the sector’s growth.

Mark refers to four major spaces through which Indian startups are trying to generate some activity in agritech.

The agronomy space, being the first one, constitutes all the input-based supply materials like seeds and fertilisers, and is worth around $15 billion.

Agrostar and DeHaat are a few players trying to capture a piece of the market through the agronomy segment. The farmer is the king here, and startups like Agrostar are growing by hacking through every other farmer.

The focus here is on the direct consumer. Though the farmers are the sole sources and they cannot function without the farmers, these startups work like any other consumer brand.

The largest compartment of agritech is occupied by this segment, that is outputs and market linkages. This segment contains players that take farm produce out to the market by using technology in supply-chain operations.

Bengaluru-based startups FreshToHome, Ninjacart and Clover are some of the startups trying to capture their share in this market segment.

Ninjacart is a tech-driven supply chain platform that connects farmers with local small businesses. Clover, on the other hand, helps reach greenhouse-grown farm produce out to the market through various B2B and B2C avenues.

A relatively tougher market segment to crack, this space primarily revolves around not full-stack solutions but keeping specific technological interventions in the hands of farmers.

This compartment of Agritech pertains to manufacturing and hardware materials for the farm, which is largely dominated by OEMs and existing manufacturing giants. Though there are a few startups trying to make a mark in the space, there hasn’t been anything built at scale.

Despite being worth around $10 billion, this market segment in agritech is always the tougher one to crack. Bengaluru-based Fasal is one such player that is building an AI-powered IoT-SaaS platform for horticulture.

The startup uses farm-level data to be able to predict the ideal conditions for a farm’s growth and requirements for resources.

Using the power and capabilities of big data, the services supported by it, and data science, there has been much buzz around alternate proteins and the startup space surrounding it.

Speaking of the Future of Agritech, this market segment looks all poised to be the next big thing in the global market landscape, but not confining to India.

Interest for Agritech funding in India

More than anything, the largest quest is to tap into the next billion consumers of India, and agritech startups seem to be capturing those numbers, moving forward.

With more than 100 million farmers making farm produce in the country, coupled with affordable access to smartphones and internet, the quest to capture the next billion consumers has already started to take its shape and form over the last two to three years.

However, the penetration of smartphones in Tier-I and II markets add up to almost 80-85 percent while it is only close to 30 percent in the agritech industry.

With distinct indications that the percentage will grow up to 60 percent over the next two years, there seems to be larger hope and incremental interest in Agritech startup funding.

During the post-COVID-19 era, all the supply chains in the agritech industry were redefined structurally. The legacy supply chain systems were impacted the most, and all the traditional, informal and analogue systems in agritech business were shut down immediately as the pandemic gained momentum.

However, these legacy systems in the agritech supply chain were quickly transformed by agritech startups through the new ways of doing business. Startups like Ninjacart and Agrostar, which were only additional options for the farmers, suddenly became lifelines.

Farmers have started to recognise the potential and that they are able to make better business by working with these startups.

Prashant Prakash of Accel said, “Because these startups had the ability to directly connect the farmers with local Mandis and offline marketplaces, the farmers were also able to develop trust and confidence in them.”‍

Besides, the activity from the government’s part in bringing about bills and reforms goes to show the commitment the public policymakers have towards making the Agritech industry better in the country.

There are a few larger farm bills in the country that signify all the more good signs for the agritech industry.

The first one is around the APMC reforms bill (agricultural produce market committee), that essentially talks about state-wide mandis, that are managed by the respective state governments.

The second one is the Essential Commodities Act, which tracks back to the pre-green revolution times in India.

By attempting to centralise the agritech market in India, it is all the more good sign for the startups developing innovative solutions for farmers and fresh produce in the country.

These bills have a way of allowing startups to surpass the previously existing regulatory challenges and effectively tap into their target markets.

Agrostar, an ecommerce platform supported by technology, would allow the farmer to make a request through a call centre and deliver quality farm inputs like seeds and fertilisers to the farmers, on time.

As the COVID-19 pandemic started to compel state governments to enforce lockdowns, there were numerous challenges around getting access to the right farm inputs and even general information around getting them.

As these challenges were seen to be amplifying, Agrostar stepped up and doubled down on its content on the Agrostar app, which attracted the farmers to use the platform more.

The farmer networks also tend to proliferate rapidly, owing to the fact that farmers in the country talk to each other a lot.

Thanks to this content-led approach, Agrostar was able to leverage upon the gaps created by the COVID-19 pandemic, and it led to rapid acceleration of the platform’s adoption within the farmer communities.