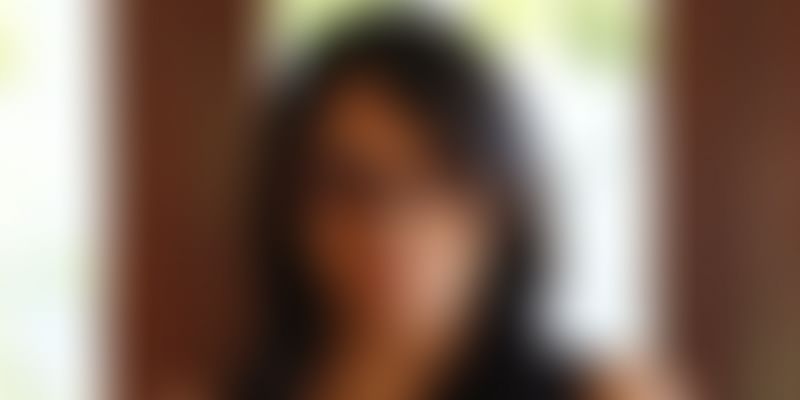 In this episode of 100X Entrepreneur Podcast, Ashwini Asokan, Co-founder and CEO, Mad Street Den, talks about her initial journey as an entrepreneur and how she built her AI startup.

Ashwini Ashokan’s journey to launch Chennai-based AI and computer vision startup, ﻿Mad Street Den﻿, is a little different from other tech entrepreneurs. Growing up in a family of professors and computer scientists, Ashwini decided to do something different and chose to become a dancer instead.

After completing her undergraduate degree in Visual Communication to keep herself in the creative field, Ashwini went to the US with her husband and co-founder, Anand Chandrasekaran. Soon, Ashwini found herself at Carnegie Mellon pursuing her Masters in Interaction design.

Product designing, development, and AI became her core strengths and she went on to work with Intel for over eight years. Later, she realised her wish to start up in the AI sector, and the duo returned to India and launched Mad Street Den in 2013.

“What really drove us to start this company was that we were surrounded in a world where people were building AI for the sake of technology, pushing the boundaries on the underlying technology, the infrastructure, the hardware, and the software. And the human component of AI was entirely missing in the conversation," ,” she says.

"That was something I had been kind of harping about for years, trying to find meaningful applications of AI that can change both industry as well as consumer lifestyle in a meaningful way. It was one of those things where I would say, we just took it upon ourselves to say we are going to go and figure this out," she adds.

From a Wall Street trader to an entrepreneur, the journey of Gupshup Co-founder Beerud Sheth

Mad Street Den was launched to build an AI platform on scale and design meaningful applications, which would reach billions of people across the globe. In 2016, it launched its first vertical, Vue.ai, for enabling intelligent retail automation.

“We decided Vue.ai. would be the first vertical to learn how to build these applications, learn how to sell AI, learn how to go to market with AI, how to say these types of stories demonstrate value, and then we would kind of go into subsequent verticals such as education or healthcare. So, I would say, 2016 ends by 2020 now, three and a half years roughly has been completely focused on the Vue.ai retail vertical,” she adds.

In the recent episode of 100X Entrepreneur Podcast, a series featuring founders, venture capitalists, and angel investors, Ashwini spoke to Siddhartha Ahluwalia on how she built the processes for scale while building the team, delivering the best value proposition to customers, and more.

Listen to the podcast here:

Time-stamps from the conversation:

00:59 – Serendipity, luck, or intent? What initiated her journey in the creative field of AI?

03:11 – Influence of Carnegie Mellon University on her career

07:51 – Challenges while building an AI startup in India

11:42 – Essence of storytelling in positioning their offerings

38:18 – Early-stage founders comparing their journey vs some other founders’

46:19 – Has her “Why” behind starting Mad Street Den changed during her journey?