Five innovative fintech apps that caught our attention in 2020 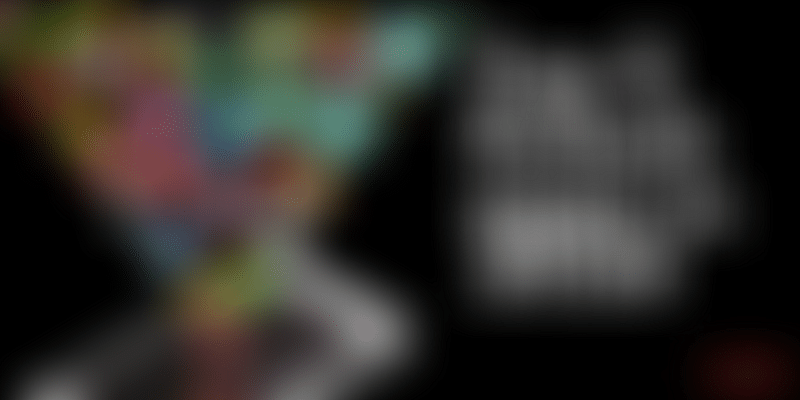 YourStory has compiled a list of five most innovative fintech apps that emerged in 2020. From homegrown apps that won the Government of India's app challenge, to an app focused on promoting financial literacy for women, some of these were even reviewed as part of our App Fridays series.

Our smartphones today are the sum of our existence on Earth, and one of the most important pieces of information they carry today is our financial data. From apps that help you access banking services and pay for your shopping, to ones that help you track expenses and make investments, we’re living in the golden age of accessibility.

As part of our ongoing year-ender series, we’ve rounded up some of the best fintech apps that provide services to Indians today. We’ve excluded the likes of Paytm and PhonePe because they’re already widely used by millions and information about them is readily available. The apps we bring to you today are ones that are somewhat niche, gaining steady traction and offer unique financial services.

Zerodha is to online stockbroking in India what Flipkart was to ecommerce. A pioneer in online investing in India, Zerodha’s Kite - its flagship trading and investment platform - allows Robinhood traders to buy, sell, analyse, and manage their portfolio with just a few clicks. It also allows them to invest in IPOs after linking UPI IDs with demat accounts.

Users have to pay Rs 200 for opening a BSE/NSE investing demat account, and Rs 100 for the commodity exchange.

The app has crossed one million downloads on Google Play Store, and is one of the top five apps in the 'finance' category. It is rated 4.1 out of 5.

Groww is a stock trading app that allows users to open a Demat account and buy/sell stocks on the Bombay and National Stock Exchanges. Opening a trading account on the app is free. Users are charged Rs 20 or 0.05 percent of the order value, whichever is lower, for orders placed.

It also allows investments in mutual funds and digital gold - a very popular feature that became an instant hit with people during the recent festive season when they could not step out to buy gold.

The app was developed in Bengaluru by four ex-Flipkart executives. It has been downloaded over 5 million times on the Google Play Store and has a 4.5 stars rating. Available on Apple’s App Store as well, the app has a total of 8 million users as per its estimates.

The UI/UX is simple, clean and intuitive. The app does require KYC verification and e-signing of documents - which, if one doesn’t have, mandates a physically signed copy of the form to be couriered to the company.

Launched by Hena Mehta, a graduate of The Wharton School, Basis aims to make women in Tier I and Tier II Indian cities more financially savvy. It also allows working women to network with and learn from each other, especially when it comes to money-related matters.

The two tenets the app is based on are learning and investing. It offers bite-sized learning lessons that users can access as per their convenience. The platform also conducts regular workshops and webinars that cover a myriad of financial topics.

On the investing side, the app has tied up with some mutual fund companies that offer their services on the platform. Users can customise their investments based on purchasing or financial goals, such as buying a car or saving up for retirement.

Access to the community that Basis has built is the best thing about the app. Women can post questions (and the app emphasises that no questions are stupid), respond to other’s messages, as well as get expert inputs in some cases. The Basis team regularly publishes interesting blogs that range from topics such as income tax to gold investing - anything that has caught the wider population’s attention - and makes it more women-focussed.

The app has 10,000+ installs on the Google Play Store, and is also available on Apple’s App Store. The UI/UX is clean and bright, and signing up is a breeze.

From the unbanked to struggling MSMEs, Paytm wraps up 2020 with a focus on financial inclusion

A homegrown app that helps individuals file their income tax returns, myITreturn was one of the 24 winners of the Indian government’s Aatmanirbhar Bharat App Innovation Challenge in the Others category.

The app aims to simplify the process of filing IT returns, which can often get confusing for the not-so-financially savvy.

Nearly 95 percent of IT filings on the platform go through an intelligent, automated process - only 5 percent of the filings require some sort of manual intervention.

At present, the app has more than five lakh downloads with a retention rate of 80 percent. Additionally, it is available in nine Indian languages besides English, which allows it to have a wider reach.

The app charges between Rs 400 to Rs 800 for filing IT returns. It also helps users track their refunds and assists in resolving IT notices.

An app for kids and teens who receive pocket money digitally, Pencilton was developed by four friends and graduates of BITS-Pilani.

The app is aimed at helping kids and teens learn to save money, as well as track their expenses. Features such as goal-setting allow users to save up money for big-ticket purchases such as headphones, video games, vacations etc.

The parents’ version of the app allows them to track their child’s expenses and savings, set spending limits on their accounts, as well as restrict transactions. It also allows parents to set out tasks for their children, which, upon completion, auto-transfers a fixed amount to the latter’s bank account.

The app recently tied up with RBL Bank to issue debit cards to children. The cards don’t allow cash withdrawals or spending on alcohol, and expenses made on the card show up in the app for both parents and the children.