[Startup Bharat] Small towns like Kasaragod, Bahraich, Dhenkanal, and others are big on WhatsApp ecommerce 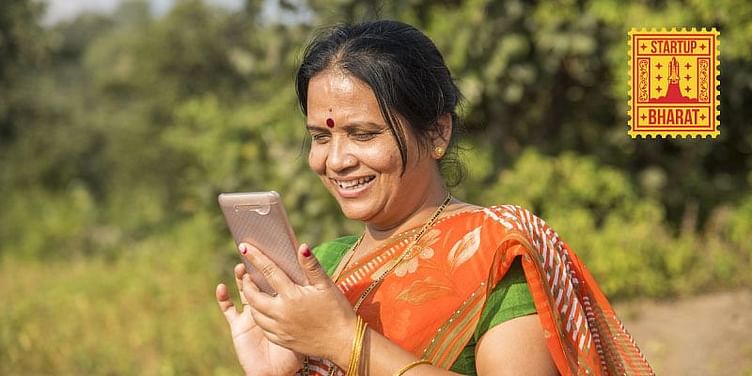 A report by homegrown WhatsApp-integrated ecommerce startup Bikayi traces how Tier II, III, and IV India shopped during the pandemic. The survey reveals that 53 percent sales on the platform between July and October 2020 came from small towns such as Kasaragod, Bahraich, Dhenkanal, and Guwahati.

The future of business now seems to be mobile.

The trend may have started in big cities but has since then moved to small towns, exacerbated by the COVID-19 pandemic. The ensuing lockdowns ensured that almost everything – from electronics and grocery to personal care and medicines – was bought online.

A recent report by ﻿Bikayi﻿, a homegrown WhatsApp-integrated ecommerce startup, sheds light on how India shopped during the pandemic.

The report revealed that during July-October 2020, 53 percent of sales on its platform came from Tier II and III towns such as Kasaragod, Guwahati, Surat, Bahraich, and Dhenkanal, indicating that people in small-town India had a decided preference for buying products over WhatsApp from local merchants.

Bikayi is a Hyderabad-based WhatsApp-integrated ecommerce platform that allows small businesses to create online stores quickly and simply, and powers them with all the necessary tools needed to manage ecommerce on WhatsApp.

Globally, more than 50 million people use WhatsApp Business each month. The app is said to have been downloaded over 50 million times between August 2019 and August 2020, with the lockdown leading to many consumers shifting to WhatsApp-based shopping.

Sonakshi Nathani, Co-Founder and CEO, Bikayi, says it is exciting to see how both merchants and consumers are choosing the platform to run a sustainable business and shop online respectively.

“In just four months (July to October), we have witnessed 53 percent sales from small-town India and believe that this number is only going to increase in the coming months,” she says.

The report revealed that consumers from Bharat bought a variety of products, from grocery to electronics, with a product bought on Bikayi every four seconds.

The transactions between July to October comprised 27 percent sales of electronics, followed by grocery at 25 percent and food with 12 percent of sales.

“While Kasaragod in Kerala was busy buying most electronics, with the top products being wireless Bluetooth earphones, Thane West was hoarding groceries such as lemon and potato, and Bhubaneswar was lapping up delicacies like Chicken Tikka and Mutton/Chicken Biryani. Interestingly, sales increased 2.5x  in October 2020 as compared to July 2020,” according to the report.

Men shopped the most

The report also revealed interesting details: 45 percent of the sales took place between 10 am and 12 noon. Men shopped 3.4 times more than females during the pandemic, with 77.6 percent male shoppers spotted on Bikayi as compared to 22.39 percent female.

The age group that was most active was 25-34, and contributed 30.68 percent to overall sales. People of this age group were mostly from Pune, Ahmedabad, and Hyderabad. The most sold product was a wireless Bluetooth speaker.

The report also revealed that only 10 percent of orders from these users involved online payment; the rest were cash on delivery or via Google Pay or PhonePe.

Bikayi’s top male buyer (maximum repeat orders) came from Chandigarh, and placed an order every day. He also made a bulk purchase of mustard oil, Fortune soyabean, and makki atta.

The top female buyer was from Kolkata and bought almost twice every day. She placed orders for chicken curry cut, dressed lamb (mutton), and chicken boneless, and the average value of her order stood at Rs 230.

Bikayi is backed by the likes of Mantis Ventures, Y Combinator, Pioneer Fund, amongst other notable angels, and has more than 2.8 lakh merchants on board doing daily transactions worth more than Rs 2 crore on the platform.

The platform is at present being used by grocery stores, wholesalers, manufacturers, and retailers in more than 3,000 towns across India. The report is an outcome of a survey of 20.92 lakh buyers from July onwards.

Bharat is not only shopping its blues away, but is also consuming OTT content in a big way. A report by consultancy firm ﻿RedSeer Consulting﻿, Short form: Rising Amidst Cluttered Content Space, revealed that the rising popularity of OTT and short-form content platforms is driving content consumption in Tier II India.

The report revealed that short-form content is the fastest growing content category in India. Users grew from 20 million in 2016 to 180 million in 2020, with Tier II cities recording a 25 percent jump.