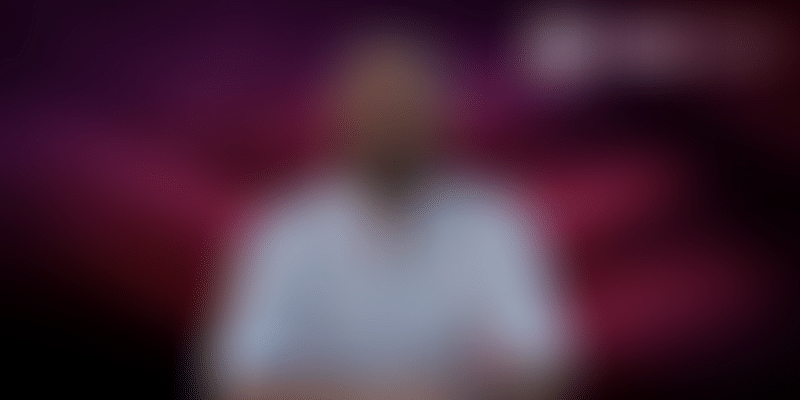 In this week’s Techie Tuesday, we feature Vinayak Bhavnani, the Co-founder and CTO of Mumbai-based public transport management startup Chalo. He began his career with media tech company Directi, and started up to solve India’s huge public mobility problem.

Vinayak Bhavnani always saw the mobility sector as a large problem that needed to be addressed. Today, as Co-founder and CTO of Mumbai-based public transport management startup Chalo, he aims to ensure that commuters use safe and efficient bus transport systems.

Vinayak, who hails from Kota, was born to a school teacher and a chemical engineer, who moved across India’s port cities. As a student, he was most interested in his favourite subjects: physics and mathematics.

“I had limited exposure to coding, and most of it happened it after Class 12,” Vinayak recollects. He learnt BASIC programming at school, between Classes 6 and 10.

“Interestingly, coding and programming, the way they were taught in school, never caught my interest. I was interested in sports. It was only after Class 8 that I was introduced to physics,” Vinayak says.

His love for physics, electronics, and electromagnetic fields got him interested in engineering. The fact that he came from a family of engineers also had a bearing on his decision to take the IIT route. In 2007, he enrolled into IIT-Delhi for a computer science engineering course.

The joy of building

The computer science elective was a last-minute decision based on a family member’s opinion, also two years his senior at college. In retrospect, it was a good decision.

“I realised I got my biggest joy from creating something new and that computer science would definitely give me more opportunities to build from scratch rather than mechanical engineering. How a processor processed binary digits, the genesis of compliers, how networks and operating systems worked…it was all fascinating,” Vinayak says.

At college, he took up numerous freelance projects and built websites – apart from the money, it also helped fuel the thrill of creating. He focused on projects in Assembly Language coding, which was challenging, known to very few people, and paid very well.

Vinayak’s IIT studies also helped brush up his concepts in maths and analytics, which now come in handy during the long ETA programs he uses at Chalo.

In his fourth year, Vinayak worked on an academic project with his professor: to combine all communication channels and social media channels such as Facebook and Orkut on one platform.

“It may seem like a done thing now, but was very challenging then. We even launched a small app. My thesis in 2012 was on 4G, new and exciting in those days,” Vinayak says. It was a collaborative project with Cisco and IIT-Delhi.

[Techie Tuesday] He started to code at 8, went on to build an enterprise blockchain platform

The drive to start up

By this time Vinayak realised that he really enjoyed building products and coding, and started thinking of starting up. In the final year, he and two of his school friends started building an app to solve two very diverse problem in the real estate market: eliminating brokers from the renting/buying process and creating tools to help reduce brokers’ time and effort.

“We simultaneously built a services company to get the revenue to build products. But it was the wrong move; we were making money but our focus shifted from building the tech. In a few months we realised we were caught up in fulfilling obligations to clients. It taught me to focus on the right things and we decided to shut shop,” Vinayak says.

The team realised that they need more experience and learning.

Vinayak then thought of taking up the job and chose Mumbai-based Directi, the media tech company founded by Bhavin Turakhia and Divyank Turakhia.

“I liked the process of hiring the team. It wasn’t a cookie-cutter model; it involved a great conversation,” he says.

His first project was Talk.2, creating a common platform for all social media communication. This wasn’t part of Directi’s legacy business of advertising and was similar to Vinayak’s fourth year project. “They believed communication was broken and needed to be fixed. It was what I was building as a prototype; they were building for multiple people,” Vinayak recalls.

Vinayak says this was his opportunity to build projects for the consumer. He worked on the Android client of the Talk.2Messaging Application for 20 months, during which he was primarily responsible for building all media aspects, including sharing of photo and video files.

“Talk.2 was overshadowed by WhatsApp and other newer communication projects. I worked to help them improve the bounce rate of visitors - from 50 percent to 20 percent. I worked with the design team and used a lot of data.”

He says he built a number of end-to-end features such as image sharing, stickers etc with a focus on performance and consistency across all devices in close collaboration with the design and QA teams.

“I realised the power of building products for several million up to a billion users. I learnt the power of data, design, and communication. If you think of WhatsApp, it has the most number of users and those users are always online. The scale is high. So how do you build something for such a platform?”

In 2013, Vinayak felt the timing was right to build something of his own. He met Mohit Dubey, then working at Carwale, through mutual friends. The two discussed ideas and found common ground: the fact that mobility was a big problem and cars were not the answer.

They started a company in 2014 in Mumbai. The initial idea was to build a multi-modal marketplace that would aggregate all models of transport in the city. Their app was called Zophop.

“The idea was to give the consumer an app where they could get the best mode of transport from point A to point B,” Vinayak explains.

This was the time different transportation startups were being launched. The fact that Mumbai has multi-modal forms of transport led them to build a prototype by aggregating data from different modes. In a few months, the team launched in beta.

“I used the app and spoke to multiple people. We focused on numbers and data from day one, and realised that the data wasn’t looking good. There were more problems than just finding the right mode of transport. Timings etc also needed to be looked at,” the techie says.

What mobility needs to solve for

At that time many people in Mumbai were using M-indicator, an extremely basic app that gave local train timings. Vinayak says he couldn’t understand why people loved the app, but realised that the app gave predictable timings; it didn’t offer the timing of the next bus/train.

After a few months of travelling across the city, the founding duo realised that mobility in public transport needed to be reliable. “Unless you solve for this, mobility will continue to be a problem,” Vinayak says.

The team started by building an app that could streamline available information on public transport systems. The main purpose was to provide a multi-modal trip planner, with relevant schedules and information to reduce waiting/planning time.

Building this app meant meeting several government bodies to understand details and data. It meant getting a handle on paper travel details and local transport timings.

Now, the Chalo app lets users track any bus on their network and receive updates like the arrival time. The app tracks the live GPS position of the bus, helps users locate the nearest bus stop, and helps plans door-to-door trips using the multi-modal planner.

“The team built an Android app that can run on the conductor's handset and start transmitting GPS data from that. But tracking the vehicle wasn’t enough; we had to know the route each particular bus takes. We distributed it to conductors to get data,” Vinayak says.

Live information was just a part of the problem. The team needed to work on bringing reliability across networks. They found that barring a few cities like Delhi, Mumbai, Bengaluru, and Chennai, where entire city routes are managed by a single operator, bus routes are auctioned to private bus operators in most cities.

“A typical bus operator manages between one and 20 buses, and owns rights over certain bus routes defined by the government. The service levels across the city are therefore not uniform. Our research showed that a passenger tends to shift very quickly to other means of transport, like a shared auto, if buses do not run on time, or even purchase their private two-wheeler,” says Vinayak.

As of June 2020, Chalo had facilitated over 45 million rides.

Today, Vinayak focuses on larger technical strategies and growth of the company.

“I look for people who are problem solvers; they think fast and smart. I also look for people with a history of delivering lean and a commitment to see things through. People will tell you that in their conversations, ” Vinayak says.

Advising young engineers and techies, Vinayak says, “Most colleges are focused on teaching people how to code faster or competitive programming. That doesn’t make you amazing programmers. Speed is just one factor; you should also focus on solving for fundamentals.”