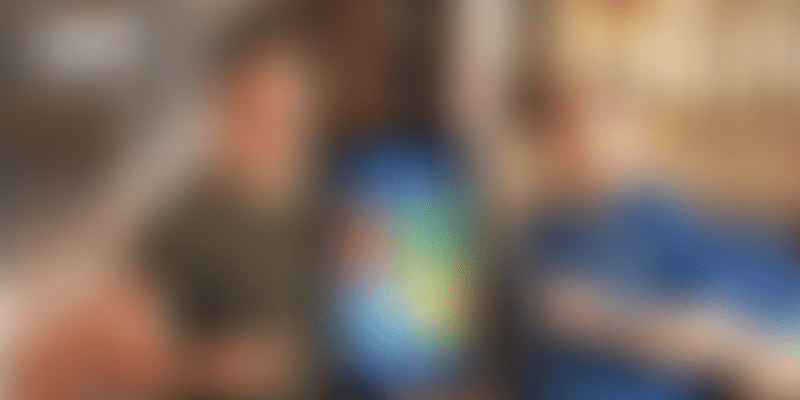 The Turning Point is a series of short articles that focuses on the moment when an entrepreneur hit upon their winning idea. Today, we look at Mumbai-based Gametion Technologies, which owns Ludo King.

Mobile gaming startup Ludo King has seen great success during the COVID-19 lockdown. Developed by Mumbai-based Gametion Technologies, it has smashed all mobile gaming records in India since the COVID lockdown began, becoming the #1 gaming app across platforms.

The free board game was developed by Vikash Jaiswal, Founder and CEO of Gametion Technologies, the parent company of Ludo King. Born and brought up in Patna, Bihar, Vikash lost his father when he was just two-years-old. He recalls that during his childhood, nobody ever asked him what he wanted to become when he grew up. However, he knew he “wanted to be rich”. As he grew up, he realised that IT engineers earn well, and decided to take up computer engineering.

Vikash says he was very fond of digital games right from his childhood. After joining engineering, his mother and brother managed to get him a computer, which was a big deal in the 90s.

“Other people used to watch movies and listen to songs on the PC in my hostel, but I always used it for studies,” he says. So much so, that he became the go-to person in the hostel for all computer-related queries. “I used to collect the free software that came with computer magazines and explore,” he says.

Once, Vikash found a free gaming software, which brought back his childhood dream of creating his own game. Almost overnight, he developed Eggy Boy, a video game, which went on to receive the ‘Game of the Month’ title from various magazines.

After Eggy Boy, Vikash knew he wanted to work in a gaming company. He visited a cybercafé and sent his CV to various gaming companies. Soon, he got an interview call, and a job offer, from Mumbai-based IndiaGames, a venture by Vishal Gondal, the man who gave us GOQII.

Vikash says his real journey started at IndiaGames, which was later sold to Disney. He worked in the company for four years, but bitten by the entrepreneurial bug, ran various websites.

“At that time, Google Adsense was a new thing, and I used to create various gaming content websites to earn some money.” When the blog money touched his salary amount, he decided to quit his job and pursue entrepreneurship full time. Vikash quit IndiaGames and started developing games and websites independently.

In 2010, Vikash formally started Gametion with a seed amount of Rs 2 lakh from his savings. He opened a small office in Kharghar, Navi Mumbai, with a few computers and six team members.

In 2013, Vikash felt he wanted to do more and was keen to tap the emerging trend of mobile games. And the idea of Ludo King took shape.

Ludo was formally launched in early 2016 and has since then been on top of the gaming charts. Vikash, in his mid-40s, is the creator of the only Indian game that has been on top since the last couple of years. According to Sensor Tower, Ludo King raked in $300,000 in revenue in March alone, riding on the coronavirus lockdown, which forced people to stay indoors.

At present, the team is 70-100 people strong and Vikash attributes its success to his team, which includes his wife, Soni Jaiswal, who looks after the management and other games such as Carrom King.

The homegrown gaming app recently roped in actor and humanitarian Sonu Sood as its brand ambassador.

In the last four years, Ludo King has surpassed top games like Candy Crush Saga, PUBG, Clash of Clans, Subway Surfers, Temple Run, and others in monthly active users in India. Its DAUs (Daily Active Users) stands at more than 50 million and MAUs (Monthly Active Users) more than 185 million, and these users play the game from across the world.