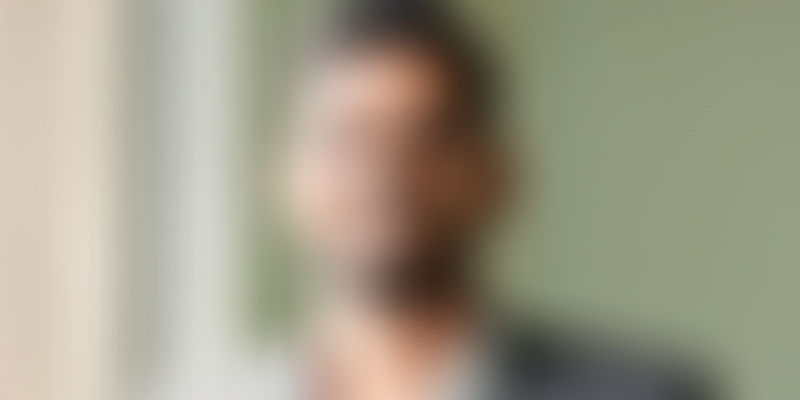 In this episode of 100X Entrepreneur Podcast, CropIn Founder Krishna Kumar talks about starting up and using technology to disrupt the agritech space in India.

For Krishna Kumar, launching agritech startup CropIn was more of an emotional decision rather than a logical one.

While working for General Electric, he decided that he would build a solution to create a larger impact on society. After researching many sectors, Krishna realised that his interest lay in solving problems in the agriculture industry.

He launched CropIn Technologies in 2010 along with a childhood friend, Kunal Prasad.

CropIn is a full-stack agritech startup​ offering SaaS-based solutions to agri businesses. The startup currently works with more than 220 agribusinesses, government, and non-government organisations across 52 countries.

Till date, CropIn claims to have digitised more than five million acres of farmland, worked with nearly 2.1 million farmers, and gathered data on 265 crops and 3,500 crop varieties.

“I was reading about the plight of the farmers, especially smallholder farmers, who don't get any support when their crop fails or they get into the trap of moneylenders. Sometimes, the price of the crop is less than a cent and when you buy those same crops from the market, you pay more - 40 to 100X the price. That time, we didn’t see a lot of technology.

“We started to think if we could make this industry more data-driven, and democratise data for all key stakeholders in this value chain. That’s when the concept of smart farms came in. In 2010, I left my job and started conceptualising CropIn,” Krishna says.

Why VC Shailesh Ghorpade chose to focus on and invest in SaaS, enterprise tech startups

Krishna explains that while starting up the major challenge was that agritech was relatively a new concept at that time and stakeholders didn’t know the use of tech and data in this space. There were also infrastructure challenges: the internet and smartphones were not that common and pocket-friendly in 2010.

He adds that to solve the challenge, he spoke to several stakeholders to clearly understand the problem and the solution needed, and then explained how they could be solved using technology and data.

“I started connecting with very large players who have been in agriculture for 50-100 years to understand the challenges they were facing, and presented what we intended to do. They said that they were looking for this kind of solution for a long time, but didn’t see any technology built for these problems,” he says.

Speaking about his journey, Krishna says he only had his last salary and PF money after leaving his job at GE and did not have any funds to launch CropIn. He wrote to his friends and colleagues, stating his intention of working in the agriculture industry and they pooled in $10,000 to launch the startup.

In the recent episode of 100X Entrepreneur Podcast, a series featuring founders, venture capitalists, and angel investors, Krishna spoke to Siddhartha Ahluwalia on launching CropIn and using technology to disrupt the agriculture market.

Timestamps from the conversation:

04:08 - Interacting with farmers and key stakeholders within the agri ecosystem

10:30 - First project with Safal, a subsidiary of the National Dairy Development Board

19:50 - Scaling up from first few clients to going global in 52 countries

34:55 - Tech products and offerings from CropIn for farmers

47:18 - Adoption of agritech offerings by Enterprises