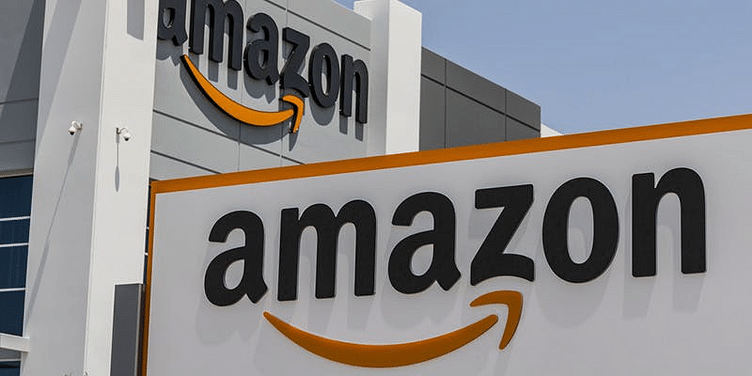 In the petition, Amazon sought enforcement of the Singapore arbitrator's ruling in October against its partner Future's Rs 24,713 crore deal with Reliance.

US ecommerce giant Amazon has filed a petition in the Delhi High Court, seeking the detention of Future Group founders, including CEO Kishore Biyani, and seizure of their assets as it sought to block Future Group from selling retail assets to Reliance Industries.

In the petition, Amazon sought enforcement of the Singapore arbitrator's ruling in October against its partner Future's Rs 24,713 crore deal with Reliance.

Amazon sought the Biyani family to be directed to "disclose their assets, including movable and immovable property," and the same be attached.

Also, it sought "detention" of Biyani, his daughter Ashni, and seven other members of the founder family, and three other officials, including a company secretary of the group.

Amazon, which wants the deal to sell retail assets to Reliance to be stopped, also asked the court for a direction for "detention of the directors (of Future Group entities) in civil prison."

Biyani had previously stated that he was forced to strike a deal with Reliance after the help it sought from Amazon to wriggle out of piling debt burden wasn't forthcoming.

The petition by Amazon comes just days after the Future-RIL deal received the nod from market regulator SEBI and bourses.

The interim ruling by the Singapore International Arbitration Centre (SIAC), which was valid till January 23, now stands extended till further modification.

Amazon pointed out that since no application for reconsideration/ modification/ vacation of the order has been preferred till date by any party, the order stands automatically extended.

Future Retail, in a regulatory filing, said it would defend the matter through its legal counsels.

"We would like to inform that the company is in receipt of communication dated 25th January 2021 from lawyers of Amazon.com NV Investment Holdings LLC, informing that Amazon has filed a petition under Section 17(2) of Arbitration and Conciliation Act, 1996 before High Court of Delhi. We shall defend the matter/proceedings through our legal counsels and keep you informed about outcome of the same," said Future Retail.

Amazon, in its petition, contended that the interim order passed by the EA in October last year is binding, and if Future went ahead with the transaction, it would cause not only "irreparable loss and injury but also vitiate Amazon's entire investment into Future Coupons."

The ecommerce major has also requested the High Court to issue an injunction order restraining the Future Group from filing or pursuing any application before any person, including regulatory bodies or agencies in India, or requesting for approval at any company meeting of the companies, including Future Coupons, Future Retail, Future Coupons Resources Ltd, and Akar Estate and Finance.

Amazon alleged that the majority of the respondents, which includes Future Group firms as Future Coupons, Future Retail, and promoters, including its group CEO Kishore Biyani, have deliberately and maliciously disobeyed the order passed by the emergency arbitrator without even challenging it in accordance with the law.

This is despite the fact that the majority respondents have participated through counsel in an elaborate hearing before the EA and filed multiple written pleadings, including on the merits of the dispute, it added.

Such action of simply ignoring the order and continuing with the transaction with RIL is not only contumacious, but calls into serious question their respect for enforceability of contracts, the rule of law, and the administration of justice, including the arbitral process, it said.

"The Petitioner (Amazon), therefore seeks appropriate reliefs under Order 39 Rule 2A of the CPC, to protect and safeguard its interests, as well as uphold the authority of the Arbitral Tribunal, comprising the Emergency Arbitrator under Section 17(2) of the A&C Act," it added.

In August 2019, Amazon had agreed to purchase 49 percent of one of Future's unlisted firms, Future Coupons Ltd, with the right to buy into the flagship Future Retail after a period of three to 10 years.

Amazon had dragged Future Group to arbitration at the Singapore International Arbitration Centre (SIAC) in October last year, arguing that Future violated its contract with the US firm by inking a deal with rival Reliance.

In August 2020, Future group had entered into a deal with billionaire Mukesh Ambani's RIL to sell its retail, wholesale, logistics, and warehousing units in a Rs 24,713-crore deal.

On October 25, an interim award was passed in favour of Amazon with a single-judge bench of V K Rajah, barring FRL from taking any step to dispose of or encumber its assets or issuing any securities to secure any funding from a restricted party.