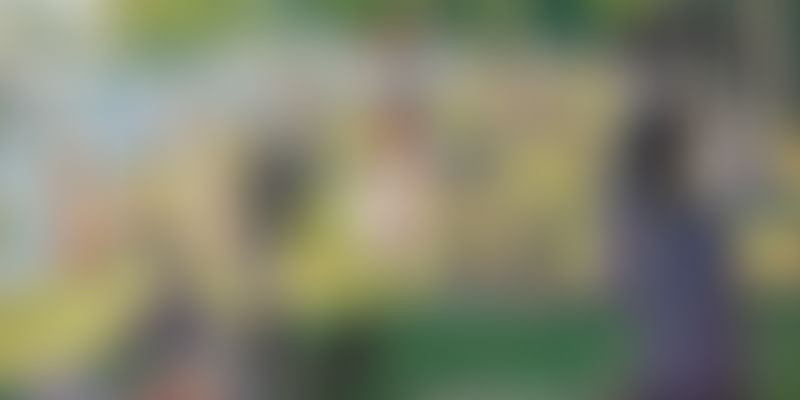 Not one for the extravaganza, Bernie Sanders, his mittens, and his manila envelope have taken Twitter by storm, giving us a host of evergreen memes.

From Kamala Harris, who made history as she became the first female Vice President of the US, the beloved Obamas, and Amanda Gorman, to Lady Gaga, who looked nothing short of royalty, the US Presidential inauguration ceremony was rife with unforgettable moments.

President Joe Biden's call for unity, peace, and belief in democracy rang far and wide, as did Amanda Gorman's now-iconic poem — The Hill We Climb. Many even compared Lady Gaga's rendition of the national anthem with Whitney Houston's epochal performance at the Super Bowl.

But it was US Senator Bernie Sanders, his colourful and very practical mittens — made by a teacher in Vermont — that stole the show on Twitter.

Starkly in contrast with the designer coats the rest of the country's political who's-who wore, Sanders looked like he wasn't having any of the gallantry and pomp, deciding to instead don a very sensible jacket, which, if pictures doing the rounds were anything to go by, he'd worn before on his campaign trail.

A civil rights activist who got arrested for protesting, Sanders has been an American favourite with his 'healthcare for all' policy.

While we're talking about his mittens...

Here's a shot of #BernieSanders getting arrested in 1963, when he was a 21-year-old civil rights activist in South Side Chicago 📸🔥 pic.twitter.com/HVBAtYdjfa

However, that didn't deter meme-makers on the internet, who loved the casualness the senator oozed at the swearing-in ceremony. Here are some that made us, at YourStory, chuckle.

“This could’ve been an email” pic.twitter.com/kn68z6eDhY

According to various media publications, the mittens are made from repurposed wool sweaters and lined with fleece from recycled plastic bottles.

"The fact that these mittens, which were made from recycled and repurposed materials, made it to the national stage is really a shoutout to Vermont. I’m really proud that he took them to DC, and that he was there for this historic moment," Jen Eliis, the teacher who made them, told nbcboston.com in an interview.

Bow down to #BernieSanders king of mittens pic.twitter.com/mGGd90oWEJ

People also commented on the brown manila folder Sanders held in his hands throughout the ceremony and said, he looked like he was out to do chores, and attending the inauguration was one of them. However, sources quoted by multiple media outlets later clarified that the envelope had his official tickets to the inauguration ceremony.

Bernie dressed like the inauguration is on his to do list today but ain’t his whole day. pic.twitter.com/wCRyoxU3V2

Gamification is a big theme this year, so here's one to commemorate that.

Too cool to join the conversation. #BernieSanders #meme pic.twitter.com/CLpPZNcMwk

A sub-trend called 'Bernie in places' also took off on Twitter, with people inserting pictures of Sanders into movie scenes, posters, and crazy places.

Bringing you the best #BernieSanders memes since 9 minutes ago: pic.twitter.com/U1BDML8ukR

Some have said the inauguration was historical in more ways than one - and we couldn't agree more!