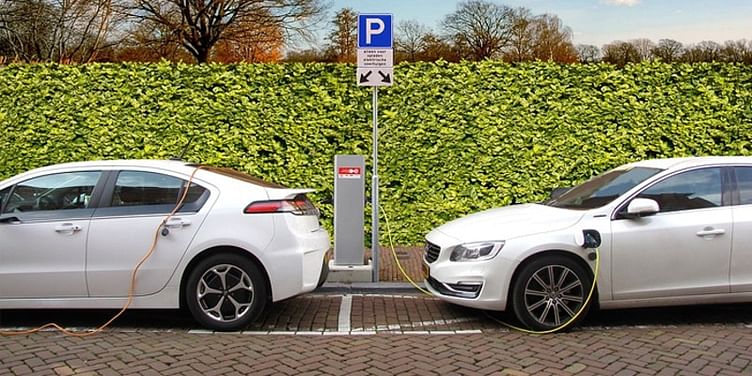 Policy interventions to incentivise local manufacture of electric vehicles (EV) and parts, and a simplified tax structure top the expectations of EV makers and startups, ahead of Union Budget 2021, less than a week away.

Paring multiple slabs under the goods and services tax (GST) to three would simplify its structure and improve ease of starting and doing business in the EV sector, says Pankaj Munjal, Chairman and Managing Director of HMC, a Hero Motors Company.

“This is also an appropriate time to boost India’s manufacturing sector through enabling policies that improve its export competitiveness under the Aatmanirbhar Bharat initiative,” he says.

GoGreenBoV Founder Dhivik Ashok too bats for a streamlined GST structure, while stating that batteries, the most important components of an EV, are taxed highly.

Explaining the current GST structure, he says batteries are taxed at 18 percent, tyres and lights at 28 percent, and other parts at 18 percent; in addition, the finished EVs attract 5 percent GST.

“This additional tax structure is unnecessary, adding to extra costs on the vehicle, which makes importing the said components a lot cheaper,” he says. “If this can be addressed, then there would be a greater push for EVs and the Aatmanirbhar initiative.”

“EVs are well-placed to get a big chunk of the market, with all the push being given to them,” he says. “As a manufacturer, we expect clarification from the finance ministry or amendment of the confusion on imports with the word ‘disassembled’ and ‘preassembled’ for a knock-down kit and ‘complete built unit’ in the import duty structure. This makes the end product expensive by around 8 percent.”

Revving up the EV ecosystem

Although the government has initiated schemes to promote the adoption of EVs, reliance on imports for components and hence their high cost make the ecosystem in the country unviable.

At present, India lacks an ecosystem to make batteries, micro-controllers and motors for EVs. Considering that three million cars are sold in the country every year, of which 1,000 are electric — according to data released by the Society of Indian Mobile Manufacturers (SIAM) — a back-of-the-envelope calculation shows that the annual import payout on electric cars is $45 billion, with $13,333 (or Rs 10 lakh; 1$=Rs 75) as the average cost of such a car.

By a similar calculation, the import payout on electric bikes works out to $10 billion, given that 130,000 of the total 20 million bikes sold in India every year are electric, as per SIAM figures. The average cost of an electric bike is $1,000, plus the cost of imported components such as batteries, motors, and micro-controllers that accounts for 50% of the selling price.

The total annual payout for electric cars and bikes is thus $55 billion, or over half of India’s oil import bill of $102 billion, according to the petroleum ministry. This is a drain on the exchequer.

Given this situation, EV makers and startups want policy relaxations in the Budget that will promote domestic manufacturing of parts.

“The EV industry in India is still at a nascent stage,” says Saurav Kumar, Founder and CEO of ﻿Euler Motors﻿. “We need more flexible policies that will help incentivize the manufacturing sector, which are perhaps much needed in the post-pandemic scenario.”

He says schemes such as phase II of Faster Adoption and Manufacturing of (Hybrid) and Electric Vehicles (FAME) are a great step, but relief and relaxations are required in the existing policy framework to allow more companies to avail its benefits.

“Putting stringent restrictions in the initial stage makes these incentives inaccessible for many. Once we attain scale and the EV supply chain matures, these norms could be tightened then,” says Saurav.

Charging up the batteries

With the latest sops under the Production-Linked Incentive (PLI) Scheme set to spur lithium-ion cell manufacturing in India, the focus should turn on fabrication units that are key to making this happen, say EV sector stakeholders.

EV startups say the government must introduce concrete measures in the Budget that will support this outlay and kick-start the domestic production of lithium-ion cells.

Import duties on lithium-ion cells should also be announced to make EVs affordable, say some stakeholders.

The government should promote made-in-India technologies by creating EV technology parks across major hubs, along the lines of Software Technology Parks of India and Special Economic Zones, says Ravi Annaswamy, Co-founder of Numocity, a software as a service-based energy management company for EV fleets.

“There should be tax holidays for 10 years that will help startups to invest in research and development and promote local innovations,” he says. “Subsidise energy tariff across all states, reduce GST on energy tariff from 18 percent to 5 percent. This will create better business models for new charging point operators.”

Pankaj of HMC says favourable policy is needed to help the Indian e-bicycle sector overcome the significant cost disadvantages that it faces, especially with respect to Chinese products, which are 15-20 percent cheaper.

The government must extend the PLI Scheme to e-bicycles, e-bikes as well as their components to help the sector manufacture at globally competitive prices, he says.

“A 20 percent production-linked incentive for five years will not only help the bicycle and e-cycle segment, but will also plug technological gaps and achieve economies of scale and competitive advantage.

“Similarly, we also seek to extend incentives under the Scheme for Promotion of Electronic Components and Semiconductors to electric bikes and components. These measures will help the Indian bicycle sector produce globally competitive products and grab a major share of the rapidly growing bicycle export market.”

The creation of jobs in the EV sector is also important, says Pankaj.

“Creating jobs and generating more incomes must be the objective of the Budget,” he says. “The government must undertake initiatives to generate more activity in the economy and create work opportunities. Launching infrastructural projects, particularly in rural and semi-urban India, investing in sustainable energy projects, and improving the startup ecosystem should be some priority areas for the finance minister.”

According to stakeholders, financing is a concern for uptake of EVs. The government should prioritize loan schemes to make EVs more attractive for prospective buyers, especially in commercial segments. The Budget needs to provide a clear direction, with new financing for banks and non-banking schemes to facilitate easy financing of EVs.

“It is also important that the government looks into the on-ground implementation of new and existing schemes as a way to support the growth of the industry,” says Saurav of Euler Motors. “We need more stringency on monitoring of the execution measures announced in past Budgets.”

Coming at the start of a new decade after the COVID-19 pain suffered by businesses last year, Budget 2021 can set the wheels in motion for the EV industry to leave its mark on the Make in India story.

Key to this will be infrastructure in terms of power generation and distribution that can support charging stations and various modes of transportation, be it for personal commute, logistics or last-mile deliveries.

Chetan Maini, Co-Founder and Vice-Chairman of ﻿Sun Mobility﻿, says the primary expectation from the Budget is the enablement of charging and battery-swapping infrastructure for EVs at a faster rate, with a firmer commitment from a policy standpoint.

“We are looking forward to having more clarity and information on the PLI scheme to support localization of the EV supply chain to enable innovation,” says Maini. “Accelerating investment from these companies would benefit the EV industry. We are also expecting a reduction of GST on charging/swapping infrastructure services and EV batteries from 18 percent to 5 percent, in line with the current GST applicable on electric vehicles.”