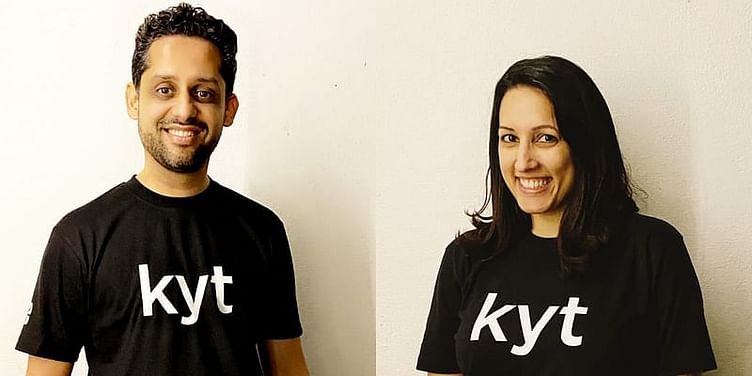 The funds raised will be used for deeper investment in technology and product, to enhance the overall experience of the students and to accelerate global expansion.

Educational technology platform ﻿Kyt﻿ on Wednesday announced that it has raised $5 million in a Series A funding round. The investment is led by Alpha Wave Incubation (AWI), a venture fund managed by Falcon Edge Capital, and saw participation from Sequoia Capital India’s Surge, January Capital, Titan Capital and other angel investors. Kyt claims to be the first Indian company to receive investment from Singapore-based January Capital.

As part of this investment from AWI, Kyt said in a release that it will expand its operations to Abu Dhabi, and use the Emirate as its regional headquarters for targeting the GCC, MENA and other global markets. The startup will also build a world-class team of data scientists, product managers and engineers located in Abu Dhabi, the release added.

“This new investment will greatly boost our efforts in providing a well-structured curriculum, designed by pedagogy experts and education consultants to help each child realise their potential,” said Bhavik Rathod, Co-founder and CEO, Kyt.

Founded in June 2020, Kyt runs online-only extracurricular courses by combining live classes with video based revision materials for children from ages 5 to 15 years, in a full stack model. With flexible private  and small group sessions, the company offers courses across disciplines such as yoga, dance, music, chess, etc., to  students around the world. Kyt already has students from India, UAE  and Singapore and is looking to scale its footprint to the US, Canada, UK and Australia.

“Extracurricular learning is a critical aspect of a well-rounded education. Kyt has made it possible for students from every corner of the world to access quality learning from best-in-class teachers and  practitioners in each field. We are excited to back Bhavik and Tripti in their mission to build a world-class online-first, global academy for extracurricular learning,” said Utsav Mitra, Investor at Falcon Edge  Capital.

A few thousand students have already taken a course or attended workshops with Kyt to date and this number claims to be doubling each month. The platform has more than 20 teachers onboard, with plans to increase this to 500 over the next 12 months. Kyt plans to add more courses, including speech and debate, spelling bees, guitar and keyboard among others.

With head offices in India and Singapore, Kyt was founded by husband-wife duo Bhavik Rathod and Tripti Ahuja. Rathod was a founding leader for Uber India and the Head of UberEats in India and South Asia. Tripti has spent 10 years designing customer experiences for major companies around the world, and an additional five years being part of founding teams at early-stage startups in India.