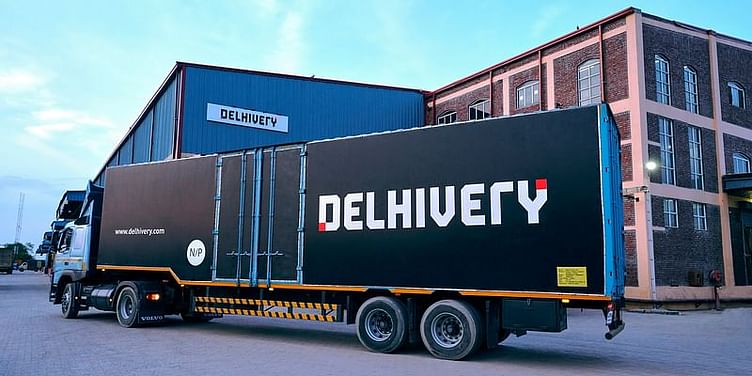 Logistics unicorn Delhivery has narrowed its losses to Rs 269 crore in FY20 from Rs 1772.7 crore in FY19, on the back of increased revenue, resulting from increased ecommerce activities amidst a nationwide lockdown.

According to the Registrar of Companies (RoC) filings, the Gurugram-based startup's consolidated revenue rose by 76.4 percent to Rs 2,988.6 crore in FY20, as compared to Rs 1694 crore last financial year. Its losses in FY18 stood at Rs 692 crore, with revenue of Rs 1,073 crore.

In FY20, Delhivery also reduced its expenses by about 6.4 percent at Rs 3,257.4 crore as compared to Rs 3,467 crore in FY19. This is significant, as, until FY19, its expenses were almost doubling. However, Delhivery's employee benefits expense has increased by 41.8 percent in FY20 to Rs 509 crore from Rs 359 crore earlier last year.

Previously, Delhivery had said it was "well-positioned to become the largest logistics company in India and was poised for a strong growth trajectory in the years to come".

The logistics startup expects to launch an IPO in the next 12-15 months.

In December 2020, Delhivery announced that global fund Steadview Capital had bought $25 million worth of secondary shares from an early investor in the logistics startup.

Most recently, the startup announced the opening of two new tech offices in Bengaluru and Ahmedabad, and said it would hire massively across technology, product, and data science functions by the next fiscal.

The latest expansion drive will build on Delhivery's technological leadership in the supply chain domain and further augment its tech and data science capabilities, it said.

At present, Delhivery boasts of a nationwide network that touches over 17,500 pin codes and 2,300 cities. It offers a full suite of logistics services such as express parcel transportation, LTL and FTL freight, reverse logistics, cross-border, B2B and B2C warehousing, and technology services.