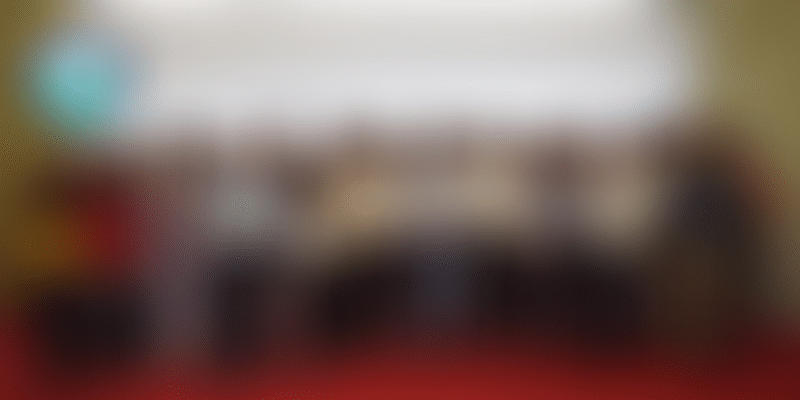 A product roadmap clarifies the why, what, and how behind what a tech startup is building. This week we feature the fintech startup - Mswipe, the startup that processes $5 billion in payments annually with 1.4 million points.

In 2011 when fintech, digital payments, and wallets weren’t oft-used words, Manish Patel, the owner of alcohol franchise, Sante Wines and Beer in Mumbai, decided to start Mswipe. He had seen a big gap that most SME businesses faced - accepting card payments.

“Getting a POS terminal to accept digital payments in our country was not easy back then,” recalls Manish. He had observed that most small merchants couldn’t get a terminal that could accept card payments from a smaller bank or a cooperative bank. This meant they had to work with the terms that were imposed by larger banks.

To solve the problem, he started Mswipe in 2011, a network provider that allows small and medium-sized enterprises to enable card-based payments through mobile devices.

The major problems faced by SMEs included red tape during onboarding, POS being considered secondary to opening a current account, archaic terminals, over-pricing for merchants and last but not least, the segment was dominated by large banks.

“Looking at a problem with a technology-first lens, gave us solutions to all the above problems and, we soon realised every single merchant in every city/town across the country could soon be digitised,” says Manish.

Today, Mswipe is the market leader in the SME segment and offers payments across all modes, processing close to $5 billion in payments annually with 1.4 million points of acceptance across the country and serving merchants in over 1,000 cities and towns.

“In payments you have to be on top of regulations and certifications as it is a highly technical field. The key challenge was to master the process of designing, building, testing and certifying industry-first, lowest cost terminals across categories such as mPOS, smartPOS all within in a three to four-year time span,” says Manish.

[Product Roadmap] In 7 years, how Great Learning’s tech has helped it clock a 150 pc revenue growth

The team first started with a mobile PoS Solution when they noticed that the banks had earlier deployed standard Ingenico Verifone POS terminals. These were $250 POS terminals that larger merchants used. This was too expensive for the smaller merchants.

“We wanted to make payment acceptance universal, affordable for all types of merchants, so designed and built our POS terminals from scratch. With Mswipe, merchanst could link the POS to any bank account,” explains Manish.

As the team was building an acceptance solution for first time users of POS, it was important to make the experience as simple as possible. They ensured the following:

“For the smart POS, we used the Android OS that almost everyone is familiar with and find it easy to use,” adds Manish.

The team first started with Swiper, a dongle that connects to headphone jack, the first encrypted swiper. The team launched the first mobile PoS solution in 2012, with a card reader that can be attached to any phone’s audio input jack. With the mobile swiper, the merchants’ phone would act as a POS system that could accept card payments.

The device could be activated in three simple steps: plugging it into the audio jack of the phone, launching the application and swiping. The entire solution was developed in-house. This included an application on multiple mobile platforms, payment gateway and encrypted card reader. The team by 2013 had a pilot with 50 merchants.

The feedback from the initial cohort of merchants was positive, key points being:

[Year in Review 2020] From Zerodha and Razorpay to Rapido and Dunzo, here are the top 10 Product Roadmaps

“We were set to scale up, however the RBI mandated entry of PIN (2FA) from January 2014 took back to the drawing board. We developed the Wisepad, a Bluetooth-based mPOS device that is capable of chip, mag and PIN,” explains Manish.

This was evolved to Wisepad G2, where no smartphone is required. The team had come up with a tailor-made PoS that catered to different merchant segments and requirements. The first segment comprised merchants with small scale shops and are averse to paying transactional charges. For them, the team built the QR code. But Manish says the problem in 2013 and 2014 was that the merchant was stuck between a bunch of QRs and none linked to the rest of the business in terms of cards and billing.

“We built a single QR that supported all card brands, where merchants accept payments from any UPI app, get money in the bank account along with the card swipe settlement, check transaction history on the dashboard and make daily purchases using the money back card,” says Manish.

The ‘Wisepad Go line of devices had the following advantages:

The third segment comprised power users who want billing plus payments in a single handheld device. “With Smart PoS we catered to MEs who want to use a device for billing and payment. Traditionally, such merchants had to opt for multiple devices - one for billing, one for printing, one for payment collection and so on. With the Smart POS, the counter was converted from a place with multiple bulky devices to one with a smart hand payment plus billing system,” explains Manish.

This led to the birth of Wisepos Neo - a Smart POS and ann enterprise grade payment device that can seamlessly connect with the merchant’s software ecosystem. The target addressable market is 30 - 40 percent of the existing market of 1.4 million terminals. This segment of merchants is underserved as existing PoS terminals in the market have limited ability to integrate.

“The Wisepos at enterprise have been built to replace computers, printers, and other bulky devices needed for billing. It combines billing and payments in a single device. This leads to a more efficient use of counter space. All transaction data is posted in the accounting systems of the enterprise, hence eliminating the need for reconciliation,” says Manish.

The Smart POS has a built-in camera that can be used to scan at checkout, generate a bill and collect payment in a single handheld device.

In a few years, the team realised most merchants used 20 percent of the PoS settlement amount for personal expenditure. They also found that predominantly cash with over 65 percent usage of personal expenditure was the preferred mode of spends and the remaining usage pie is taken up by debit card, credit card, and mobile banking.

“Currently there is no incentive for merchants on debit card/cash usage, this led to the birth of Moneyback Card. Moneyback Card would incentivise merchants on all spends with 1 percent cashback. The card helps the merchant get more out of their spends by replacing the card and cash spends,” explains Manish.

Mswipe recently launched a free-to-use business website to enable small businesses and proprietors to go live online with their own website within minutes.

“Additionally, we also introduced PayByLink as a separate offering to enable MSMEs provide a seamless digital experience to customers. PayByLink can be shared on SMS, WhatsApp or on any social media platform as preferred by the customers to access the digital bill and complete purchase,” says Manish.

The team also realised there was a need for a BuyNowPayLater option especially for the slightly larger merchants. They launched Brand EMI that gives the Mswipe merchants the ability to make their products more affordable for their customers.

Explaining how this works, Manish says,

“Unlike other players, Mswipe Brand EMI is built for merchants from all segments: mobile, electronics, health, furniture, wealth, luxury and more. The UI is super easy, wherein a transaction can be completed in under 15 seconds with just taps on three screens. It enables merchants to sell on EMI with just their smartphone, tablet or existing Mswipe billing POS with finer controls for IMEI validation, capture customer details, automated transaction report.”

Mswipe supports EMI on 97 percent of all payments. The next problem the team saw in the market was that the SMEs wanted to accept cards but stayed away due to the fee structures of conventional solutions. To address this, they released Bank Box; a Rs 4,000 one-time fee for the device with no other fees; with zero rent and MDR.

“With a one-time digital KYC, businesses can choose between Bank Box Go - a POS solution with zero rental and zero MDR or Bank Box Lite - a QR solution with 0 rental and 1 percent cashback on all transactions and instantly go live. In both offerings, a merchant gets a UPI QR and a Moneyback Card. Bank Box Go additionally provides an affordable mPOS capable of accepting chip + pin and contactless card payments,” says Manish.

The next problem was credit. The credit for SMEs is a segment addressed by many like LendingKart, Nirav Finance and several others. But MSwipe’s data plays a key role in extending credit to SME merchants who would not be able to avail a loan via traditional underwriting systems.

“Mswipe risk score highlights any high-risk patterns in the merchant’s transactions. We have an in-house risk algorithm, online API verification of KYC documents, automated credit bureau records of the merchant to set transaction limit and alert lending team of a potential high quality merchant, and AI to analyse images of the merchant's store front. All KYC documents are collected from the merchant at the time of onboarding with Mswipe,” explains Manish.

The team is working to make Android phones become Contactless Payment Terminals with Mswipe through CPoC that enables mobile phones to be able to be used as terminals to read contactless payment cards. This is widely believed to be the next evolution in PoS terminals to enable digital payments.

Speaking of the future, Manish adds,

“Mswipe also aims to provide SDKs for enterprises like Ola, Flipkart, Amazon, Delhivery, Zomato, Swiggy etc, which can enable contactless payments seamlessly for card acceptance in their own apps. This will transform the payments landscape in the entire country. As per current data, approximately 90 million contactless cards are already in circulation in India, up from 10 million three years ago. The access to an affordable, highly secure payment solution is a game-changer for big and small retailers as no investment would be required on standalone terminals. This will open up endless possibilities for MSMEs and merchants all across the country to provide a better experience to the customers as well.”