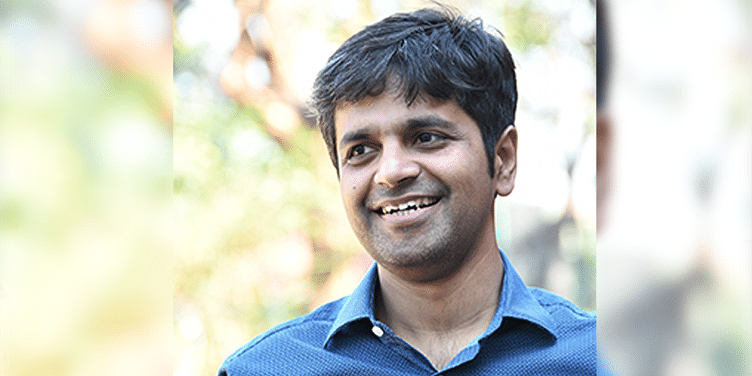 Gurugram-based startup Magicpin recovered from a downturn at the start of the lockdown by leveraging the business and consumer shift to online platforms.

With COVID-19 prompting more consumers and businesses to shift online than ever before, five-year-old startup Magicpin has emerged as a strong savings destination, with its gross merchandise volume (GMV) topping $1 billion.

This is quite a turnaround for the Gurugram-based social rewards platform, which had seen business reduce to a trickle after a countrywide lockdown to stem the spread of the coronavirus disease took effect in late March.

At that time, fewer businesses on the platform had an online presence, while many consumers were accustomed to offline shopping. As both groups shifted online gradually, Magicpin too bounced back.

“Shopping on ﻿Magicpin﻿ leads to savings and this has resonated very well with consumers, along with the discovery of retail stores nearby,” says Co-founder and CEO Anshoo Sharma

The pandemic has brought about certain behavioural changes in both buyers and sellers. In the case of buyers, the need for social distancing coupled with tighter household budgets meant they were looking for shopping avenues that ensured both safety and savings — essentially, a shift to online platforms.

Meanwhile, sellers — shop owners, small restaurants, and other businesses — were keen to go online to be in sync with the changing needs of customers.

“Five years ago, online transactions were small, but the pandemic has brought many of them to this platform,” says Anshu. “This has created a surge of supply for us.”

According to Anshu, a million merchants, including offline and online brands or businesses, have a presence on Magicpin, with the platform providing delivery services for 100,000 among them. He adds that the number of merchants being provided delivery services has doubled since the lockdown was announced.

“This has not happened overnight; it has taken us five years,” says Anshoo. “We provide savings for every transaction on our platform, whether it is online or offline.”

Over the years, Magicpin has on-boarded both online and offline businesses.

This apart, Magicpin, which derives its revenue from the commission it charges businesses and merchants for on-boarding them to the platform, decided to forgo it due to the pandemic.

Under a zero-commission model, businesses are provided all the technology and logistics they need to run their operations online, whether they list on the Magicpin platform or choose to have an independent online presence.

“What we have built for our marketplace, we are offering it to merchants at zero commission,” says Anshoo.

Magicpin’s decision not to charge commissions has led more merchants to join its platform and translated into wider choices for customers.

Over the years, Magicpin’s selling point has been its ability to offer savings for shoppers, even from businesses or shops that do not have an online presence. The founders of the startup claim that shoppers on their platform save at least five percent on every transaction and this can go up to 30-40 percent.

After the pandemic set in, three forces came together to give Magicpin a tailwind: stores going online, consumers moving away from offline shopping and their continued search for savings.

“The last three months have put us in a stronger position than ever in the five years of the company’s existence,” says Anshoo.

The top selling categories on Magicpin are food, fashion, grocery, and medicines.

Magicpin has a user base of seven million. This number dipped during the early stages of the pandemic, but according to the startup, there has since been a complete recovery.

The startup wants to build on this strong foundation to make its brand more ubiquitous. According to Anshoo, Magicpin is now a little more established on the supply side and hence wants to raise awareness among buyers on the savings provided by the platform.

Thus, the platform is not looking to add more locations beyond the 50 cities where it is present; rather, it wants to create deeper engagements with the businesses that are already on board.

In terms of business volume, Magicpin is back to a GMV of $1 billion on an annualised basis. Anshoo says the target is to have a four-fivefold growth in GMV over the next 18 months.

Magicpin has raised around $41.9 million since its inception in 2015, with support from investors such as Lightspeed and WaterBridge.

“The position we are interested in is to become India’s largest savings app,” says Anshoo.